The cast of tvN’s “Food Diary” talked about their show and how it’s different from “Three Meals A Day.”

“Food Diary” is a reality program that shows the life of celebrities who become farmers in order to make one dish. They will show the entire process of growing each ingredient from seed to harvest in order to make braised spicy chicken.

Chief producer (CP) Lee Geun Chan said, “We wanted to make a program that made people think about where and how ingredients come from for our daily three meals. The reason why we first decided on braised spicy chicken is because many people around the world, especially people in our country, eat a lot of chicken, and we wondered what it’d be like to show the easily accessible ingredient of a chicken and where It comes from.”

In response to the opinion that it may seem cruel to raise and eat a chicken that they’ve bonded with, PD Lee Geun Chan said, “I know that these things are being said even before we aired our story of whether or not we’ll eat it, but our program’s purpose is showing that our food is the result of many peoples’ efforts. The concern over eating or not eating is something that we explore with our cast, so please look forward to it.” 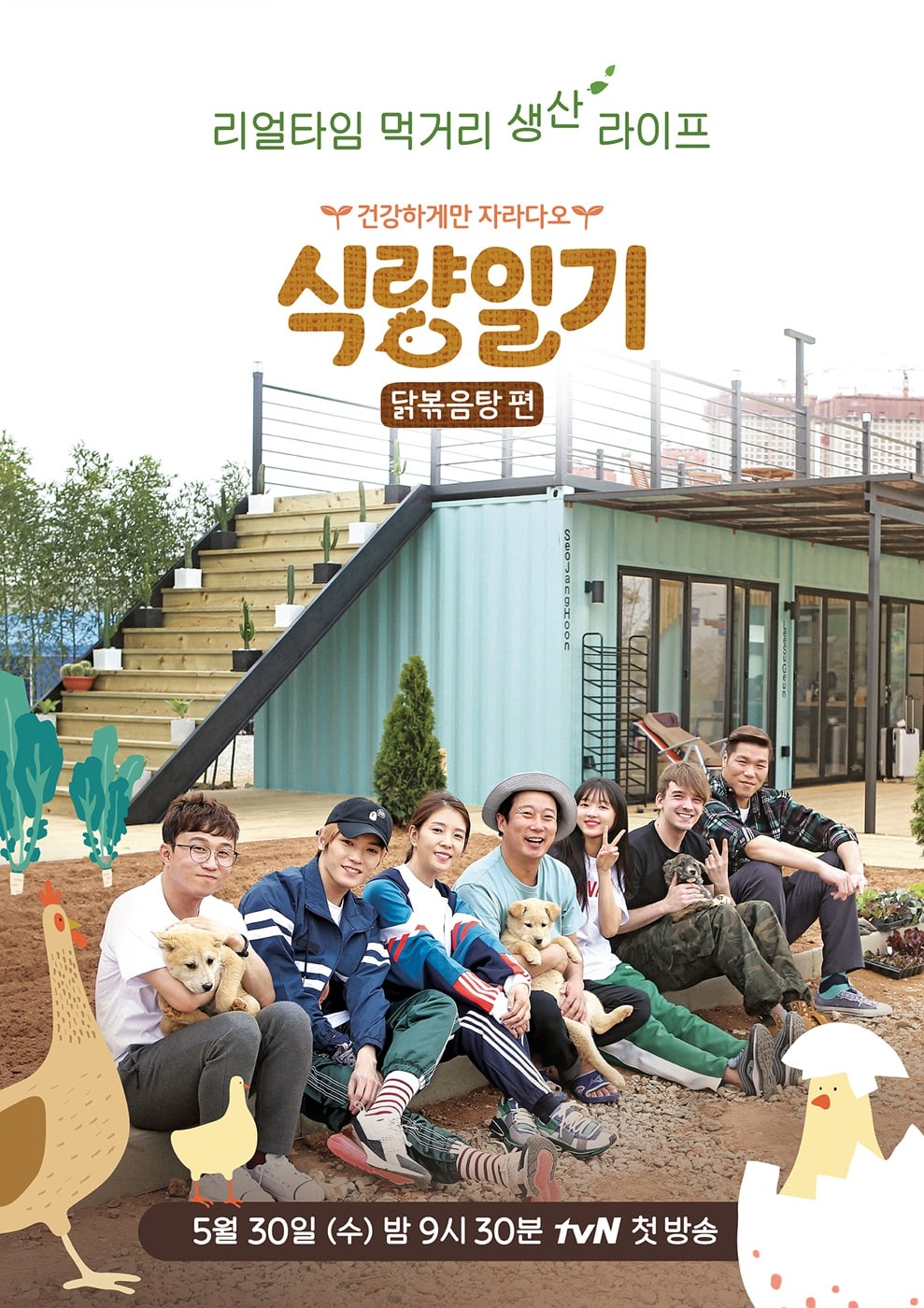 Seo Jang Hoon stated, “It’s different from other programs that try to approach it in a boisterous, variety kind of way. We’re also curious about how it’ll be shown. Like what the CP said, we live and eat comfortably without thinking about it. Although our program is a variety show, it aims to ask all of us to think about how the food we eat ends up on our table. I think you’ll realize that it’s different after it airs. Instead of a noisy, playful tone, there are some parts of silence. I hope it can be a program where we think about those things together.”

BoA added, “We dig and hoe a lot. The reason why I chose this program is because I wondered if I would personally get the opportunity to live a farm life if I didn’t take this chance. I also wanted to try living with the members. The day passed by so quickly and busily. It was to the point where I didn’t know how it passed when filming ended. Seeing the crops grow and farm expand, I realized this is why people live a farm life.”

On being compared to “Three Meals a Day,” CP Lee Gun Chan replied, “‘Three Meals A Day’ is people fulfilling their basic needs, so I don’t know about it being called an imitation. The fact that we make and eat meals is similar, but I think we’re different since we prepare our own ingredients and go through the process from the beginning.”

PD Jung Suk Won added, “I think the focus point is different from ‘Three Meals a Day.’ We’re not filming for delicious food, instead we prepared footage of the ingredients. I think it’s different from variety shows that film completed dishes.”