Former AOA member, Choa just revealed the real reason she left the group so suddenly on a recent episode of tvN‘s On & Off. 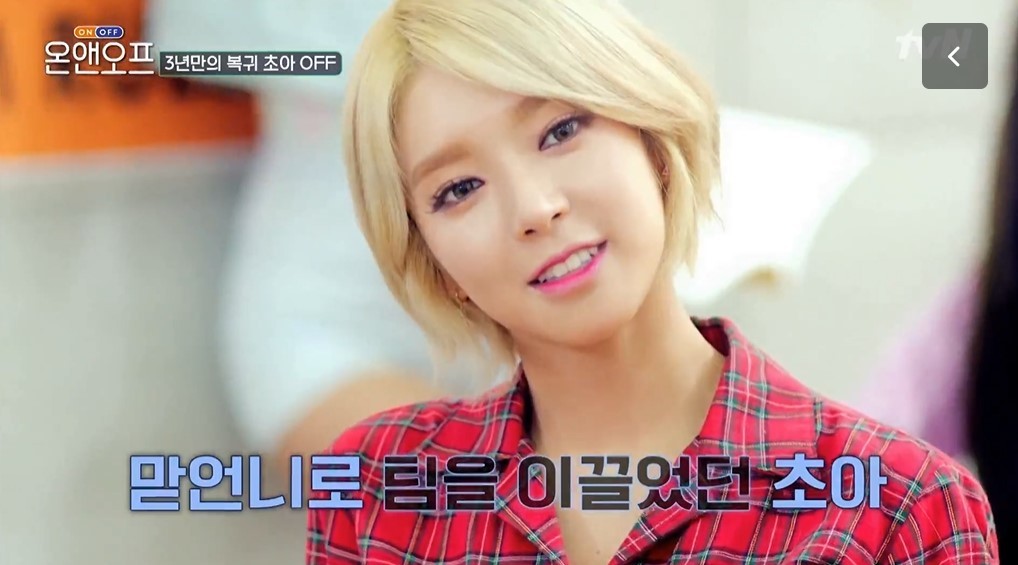 After taking a 3-year hiatus from broadcasting, Choa nervously revealed how she’s been doing.

I couldn’t sleep properly when I was working, so I slept a lot. I ate delicious food, traveled, and got a lot of rest. 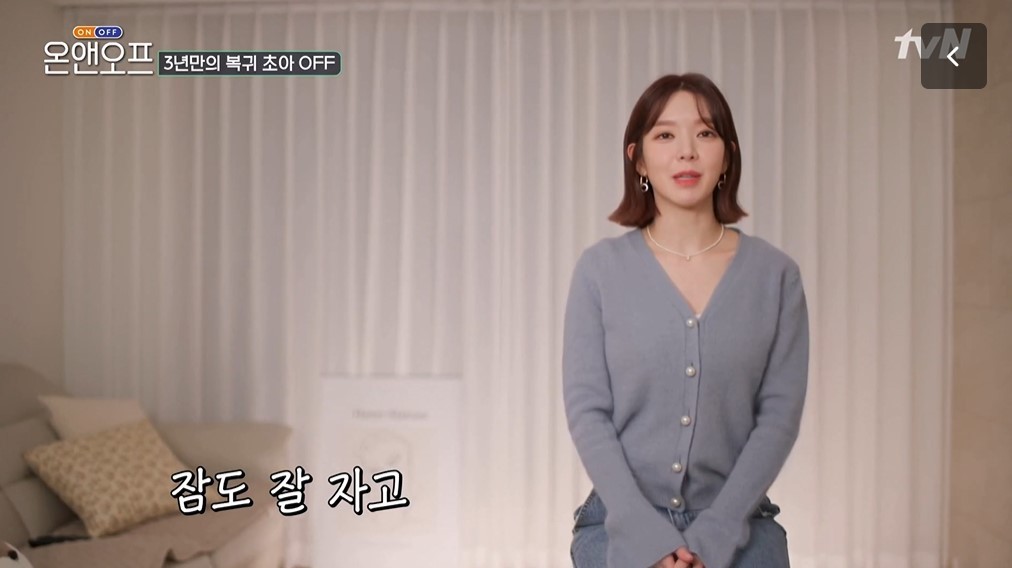 She also revealed what made her suddenly move back to Seoul and start working again.

I felt like many fans were waiting for my return, and since I got a long break, I wanted to say hello. So due to my personal broadcast as well as my appearance on this show, I ended up moving back to Seoul. 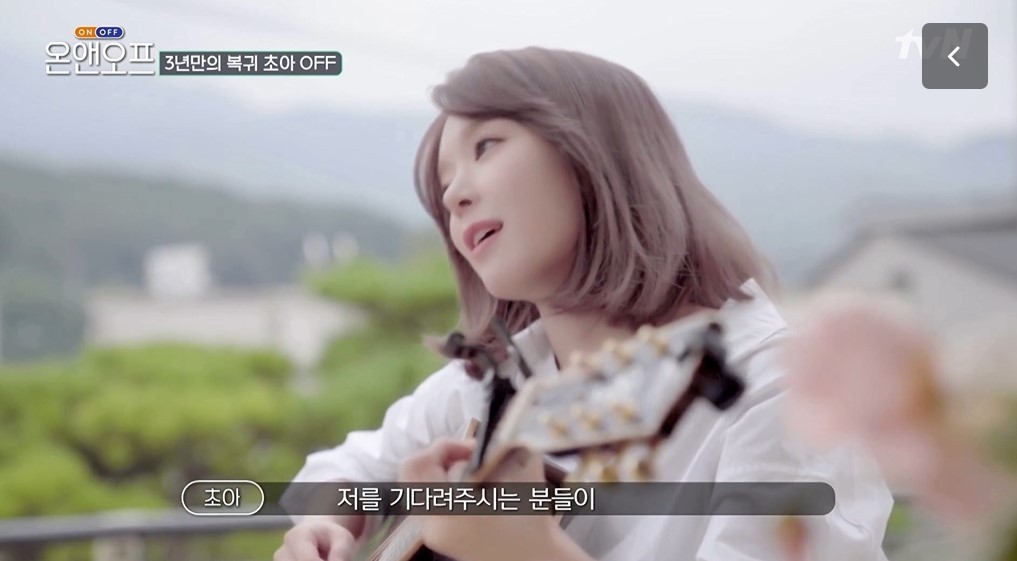 Choa was then asked about the real reason she left the group and halted her activities so suddenly 3 years ago. 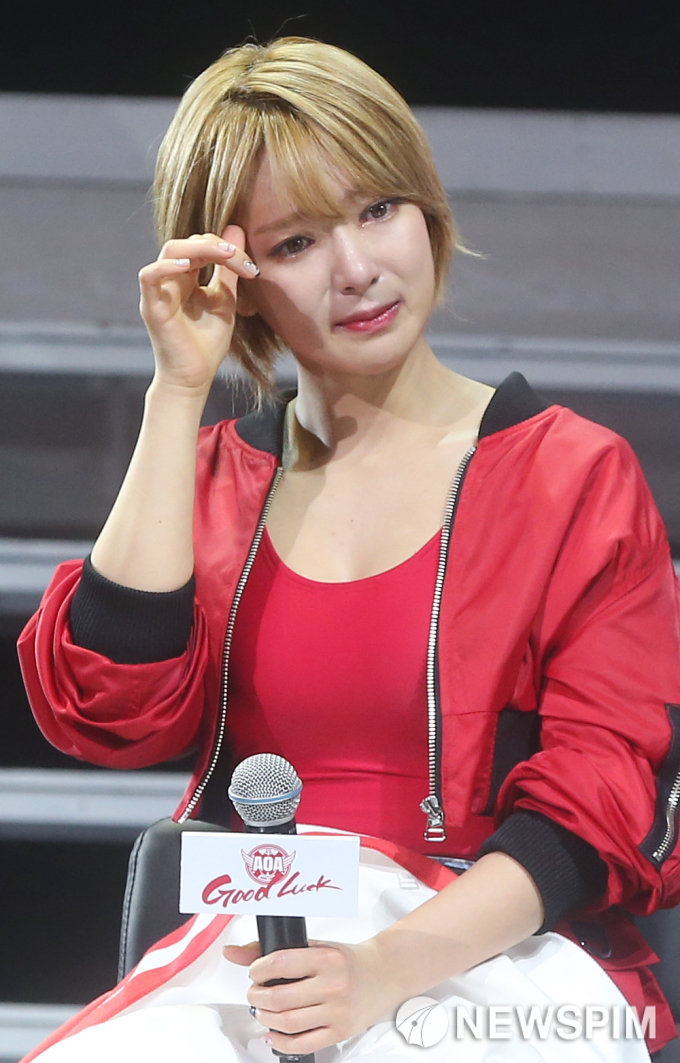 And she provided an unfiltered response.

I was the optimistic type, but after a certain point, it was as if a fuse went out. It might’ve been because I was tired from never sleeping. When my mental state wasn’t so good, I’d be washing my face while thinking, ‘There’s no version of me that people like.’ 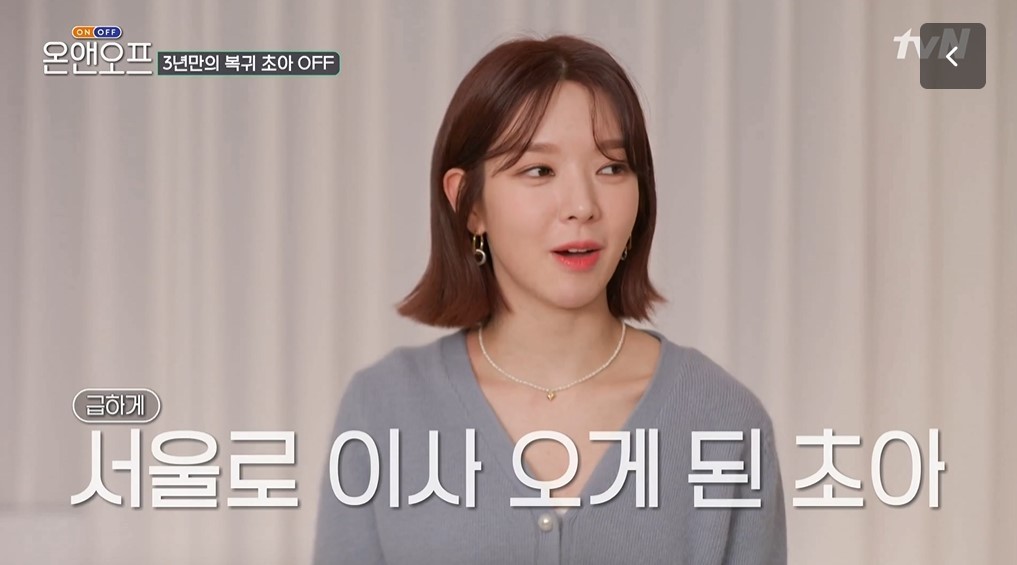 Following the success of AOA, Choa announced that she’d be leaving the group and halting activities back in June 2017. 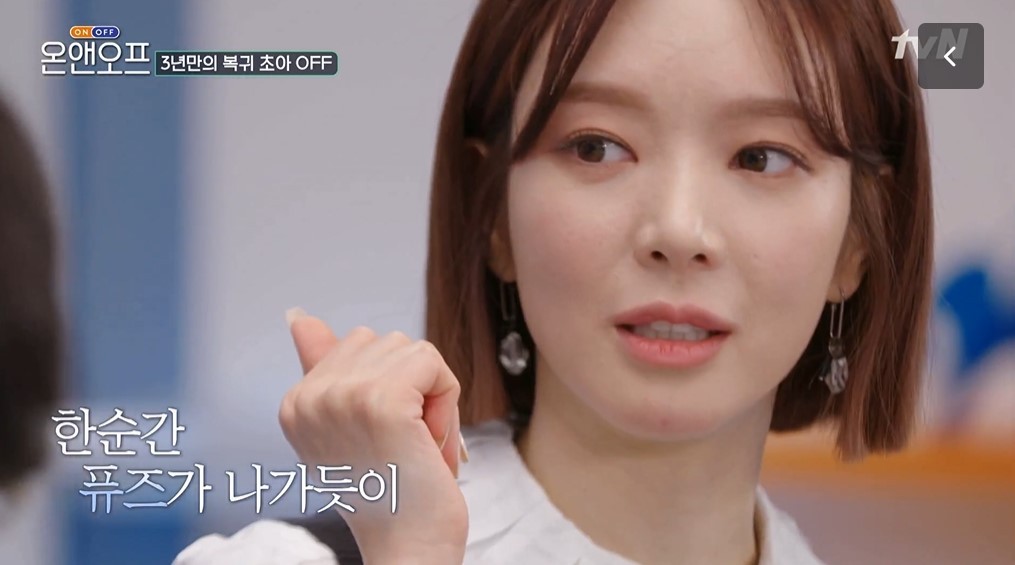 It was revealed that she took the time to treat her depression and insomnia.