On a recent live stream, former EXO member, Tao, confessed his feelings for a female celebrity! Although he did not mention the name, many fans are speculating that it is none other than IU. During the live stream, he claimed that if she accepted, he’d marry her immediately!

Let me tell you, there’s a girl I really love. I really love her. If she’s willing, if she’s okay with it, I can reveal it to the world right away tomorrow. I can marry her tomorrow. I really love her. I can watch her videos all day. But I don’t like her as a fan – I really think she can be my girlfriend. But I can’t see her. We’re not in the same country. I even DM-ed her, but she didn’t reply. So embarrassing! Actually but I don’t read my DMs too, I wouldn’t go into the DMs but I was trying to – nevermind, I can’t say too much or you guys will go look into it. She’s from overseas… but it can’t be helped.

Fans are convinced that it is IU given that Tao currently only follows 3 people on Instagram – two of the artists under his agency, and IU herself.

According to a fan on Weibo, Tao had also posted a photo of IU on his account the previous day but deleted it. 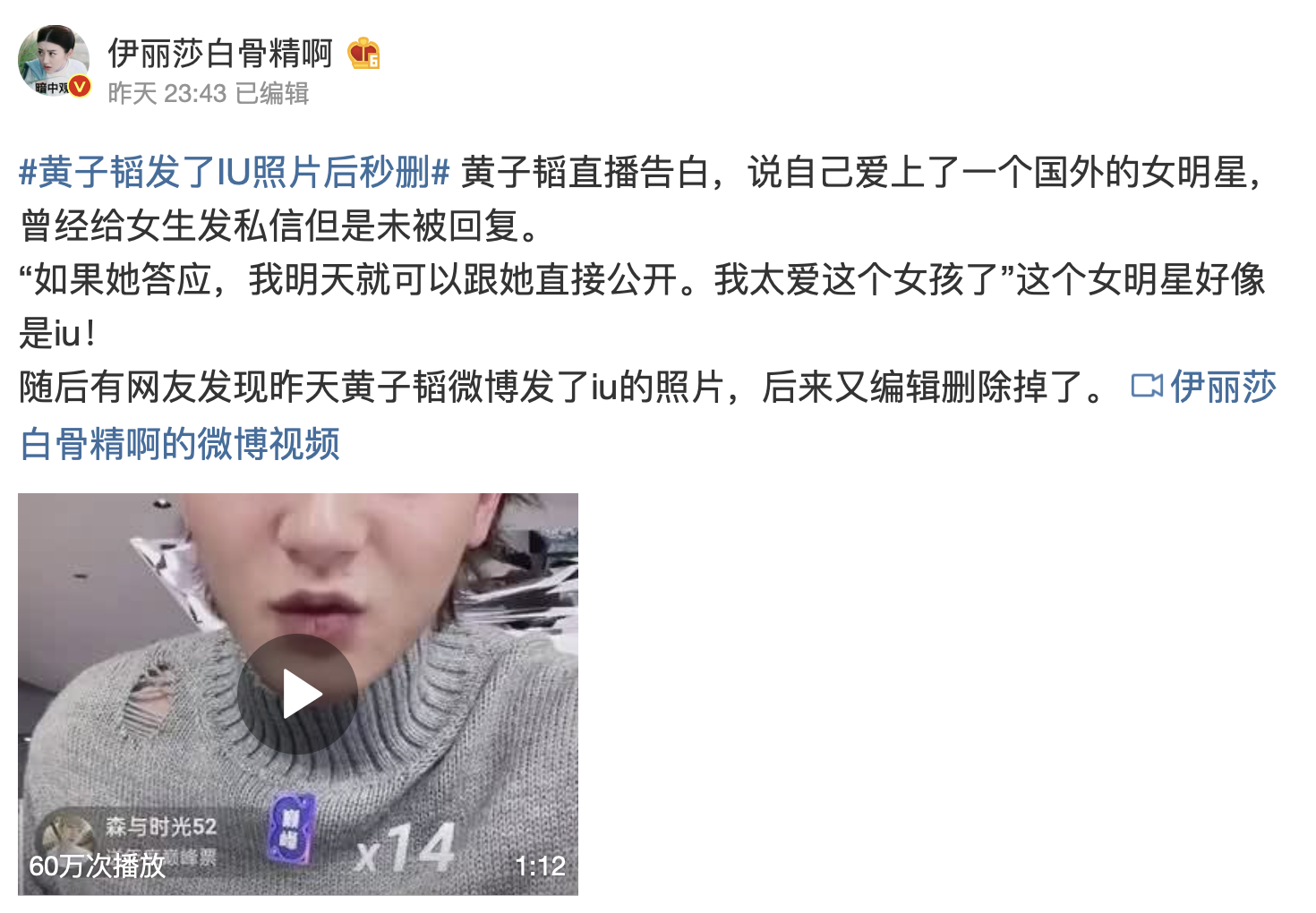 IU nor Tao’s agency has yet to respond to the matter.