“Harney” on “The King of Mask Singer” has revealed her surprising identity!

On the August 5 episode of the program, she competed against “Young Shim” with a duet of Younha’s “Password 486.”

She won with 62 votes against “Young Shim,” who was revealed to be Weki Meki’s Kim Doyeon.

“Harney” performed Lee Juck’s “It’s Fortunate” for the second round on the August 12 episode.

“Harney” also won the second round against “A Disinfection Truck,” who was revealed as Kim Tae Hyung of first generation idol group Click B.

For the third round, she sang Park Hyo Shin’s “Breath.”

She won the third round against “Cheetah,” who was Korean folk singer Park Aeri, but she lost in the battle against the current king.

The audience and panel members expressed incredible shock when she took off her mask and revealed herself to be former Wonder Girls leader Sunye.

Following her reveal, he confirmed that he was referring to Sunye and said to her, “Thank you for singing. My heart is beating even more after confirming.”

Sunye remarked, “I was so surprised that he even knew a B-side track,” as Ravi had mentioned that he likes “Wishing on a Star.”

When MC Kim Sung Joo asked Sunye if her kids know that she is a singer, she responded, “Sometimes when I sing along to idol songs, they say I’m loud and tell me to stop. They don’t seem to know that I used to be someone who sings, so sometimes I do feel sad.”

Afterwards, Apink’s Bomi and Chorong approached her to tell her that they are fans, and she gave them sweet hugs and words of encouragement. 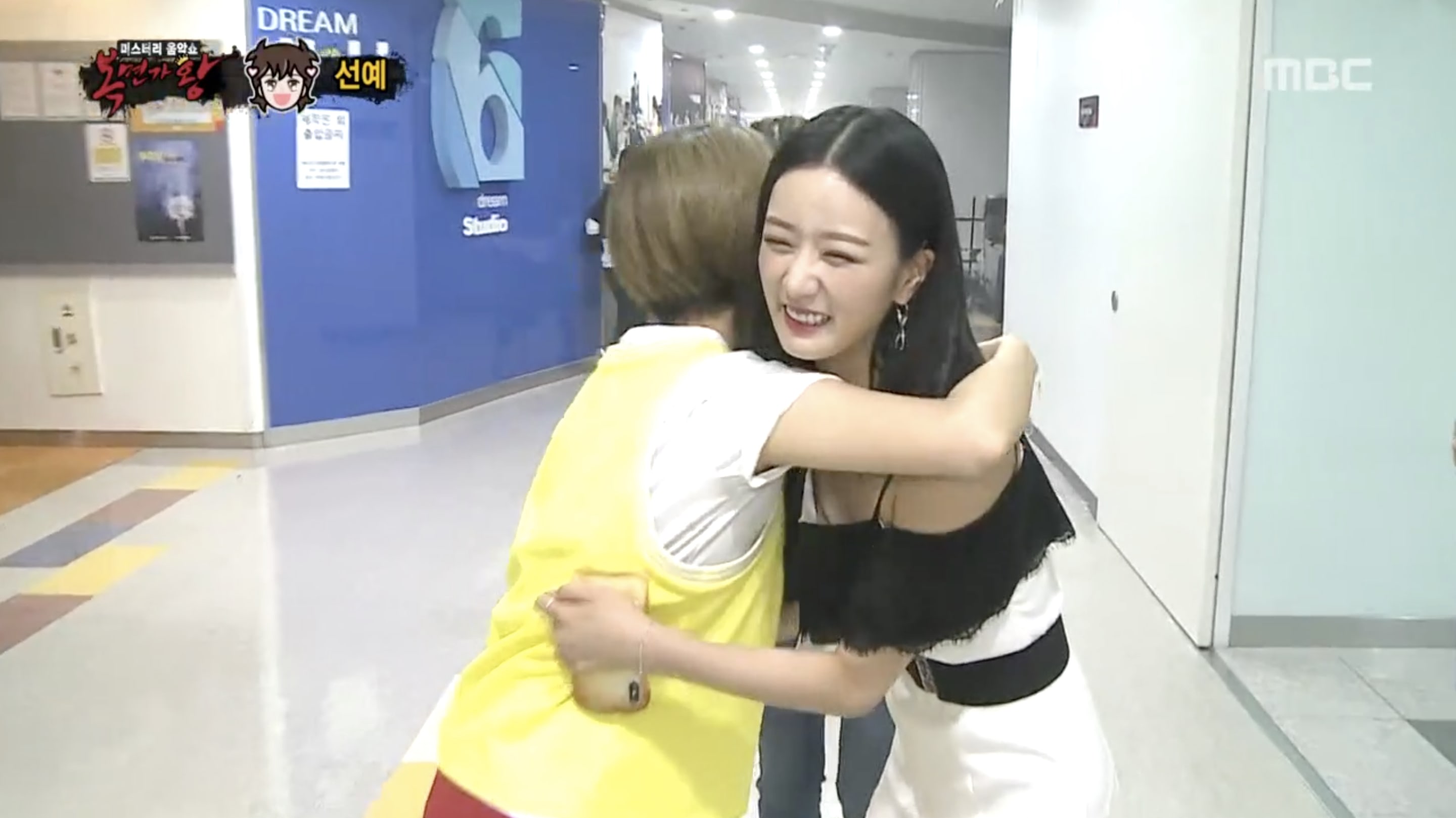 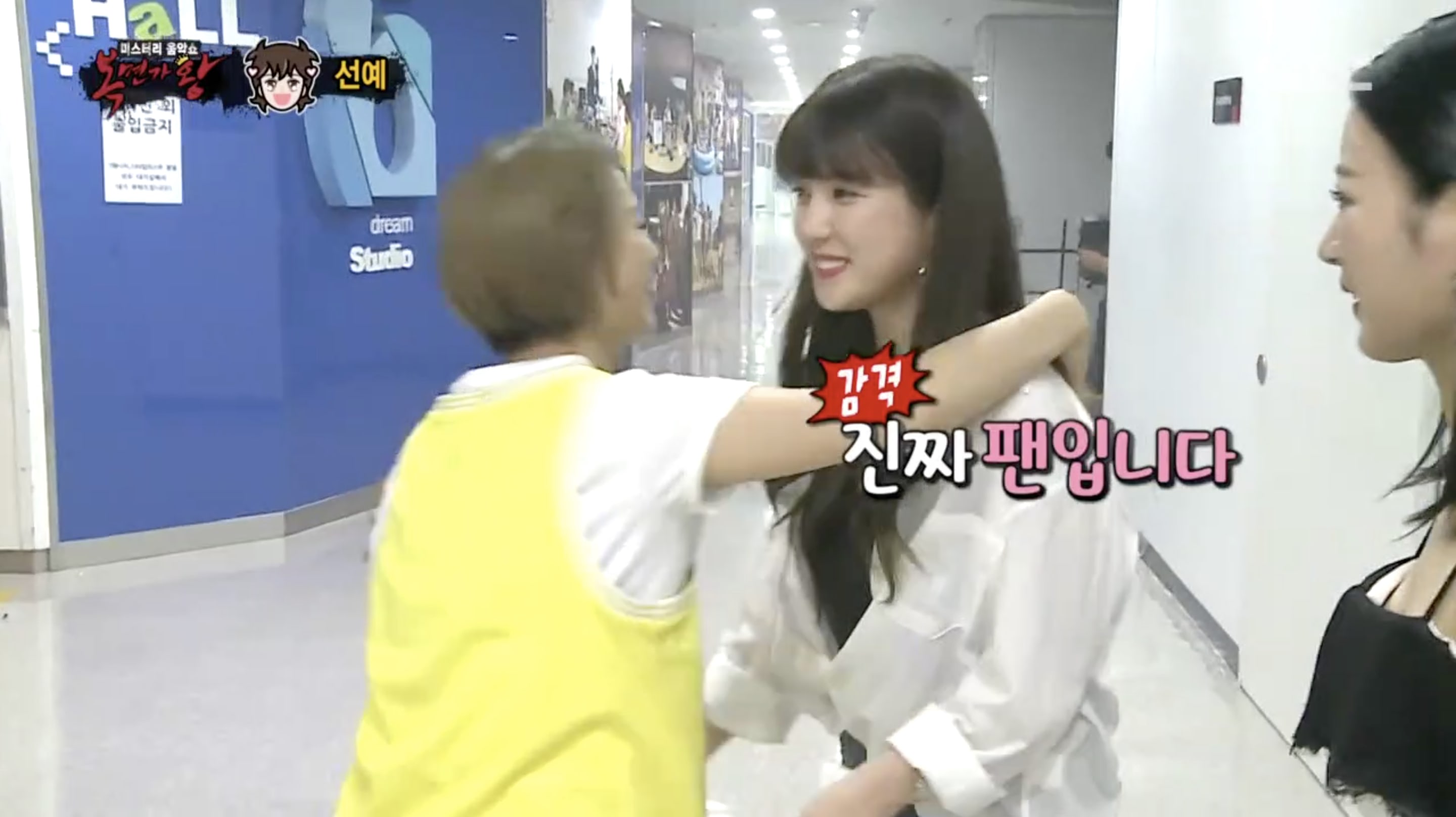 Ravi also approached Sunye and took a photo with her, which he shared on his Instagram story following the broadcast. 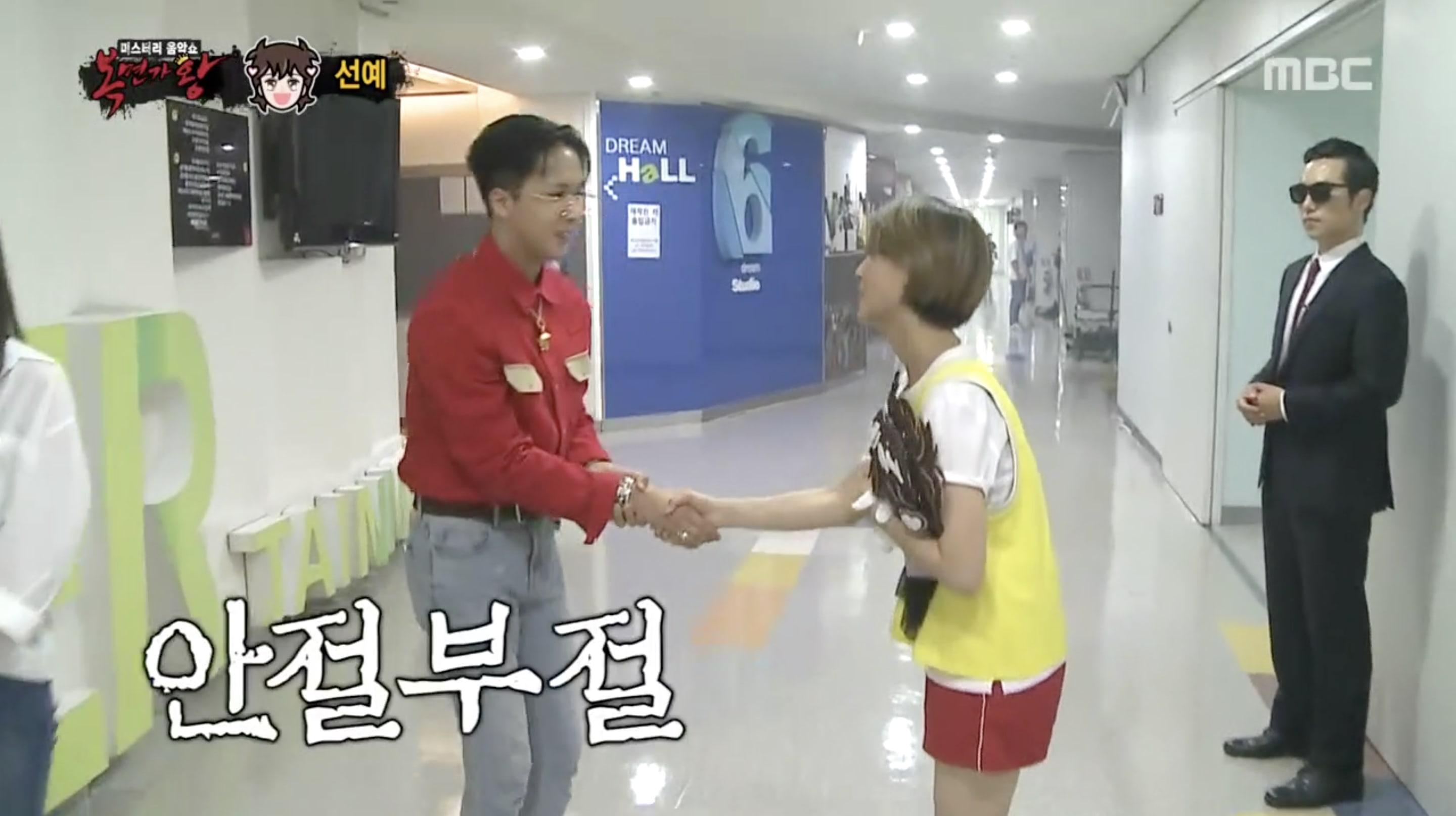 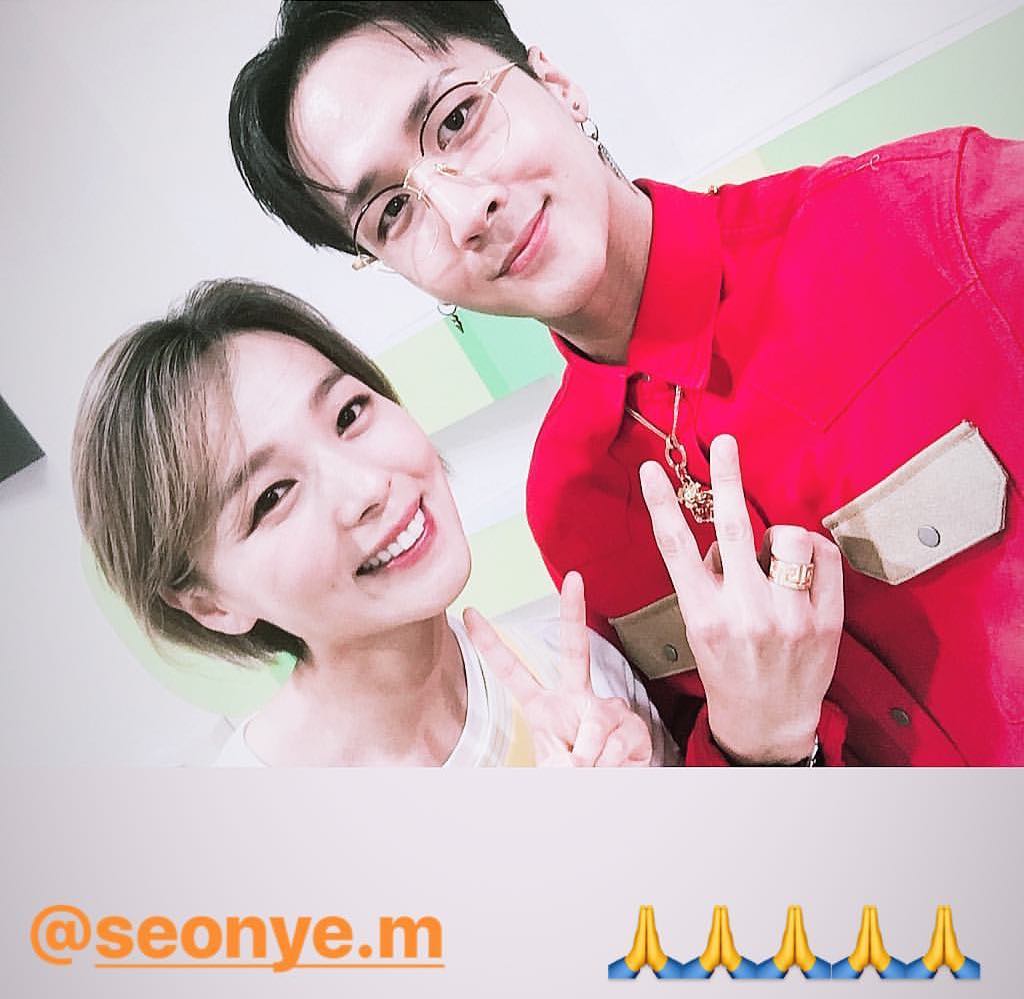 At the interview following, Sunye shared, “I am very nervous recording a show at a broadcasting station for the first time in awhile. It brings back lots of memories.”

She also expressed her gratitude for Ravi and added, “It made me think that I want to do music that gives energy to at least one person. I was the one who was actually more touched.”