The identity of “Perilla Leaf Girl” was revealed on MBC’s “King of Masked Singer” on April 2 to be a former girl group member who made the decision to go solo last year.

Round one of the show’s two-year anniversary special had “Residence of Abundant Excitement” and “Perilla Leaf Girl” face off in a singing battle with Kim Bum Soo’s “I Miss You.”

About “Perilla Leaf Girl,” the celebrity panel said, “We don’t think there are many people in Korea with her level of vocal talent.” Highlight’s Yong Junhyung and Yoon Doo Joon were pretty sure they knew who she was when they added, “She used to promote around the same time as us. We’ve liked her since we were younger.”

Though both singers wowed the panel, “Residence of Abundant Excitement” beat “Perilla Leaf Girl” with 58 votes, moving on to the next round.

Singing Ann’s “A Painful and Painful Name,” the singer took off her mask to reveal it was none other than former 2NE1 member, Gong Minzy. 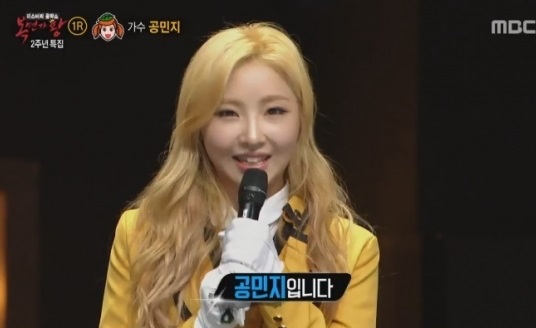 The singer revealed, “When I was a group member [of 2NE1], we usually did unique, hip-hop songs. I was worried about whether the panel would be able to identify my voice when I sang a ballad, but they were actually very perceptive.” 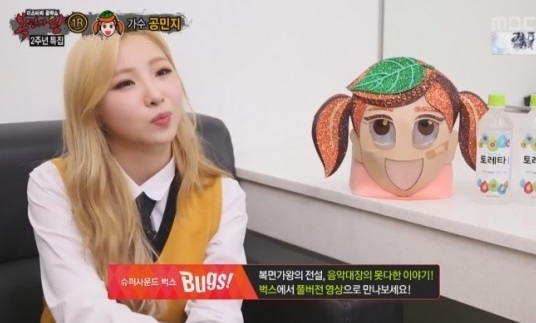 Minzy also added, “I do feel quite lonely on my own. When I was with the others in 2NE1, it was always quite boisterous and time would fly by. I was so nervous standing on stage by myself. But once I started singing, the nerves died down. I hope this becomes the starting point for me to perform on stage by myself more often. I think I’ve gained more confidence through this show.”

After the episode, the singer shared a few photos from her time on “King of Masked Singer” on her Instagram account with the caption, “Haha~ I surprised you, right? I was ‘Perilla Leaf Girl’! I had such a fun time. Thank you!”

Check out the latest episode of “King of Masked Singer” to see Minzy’s performance!