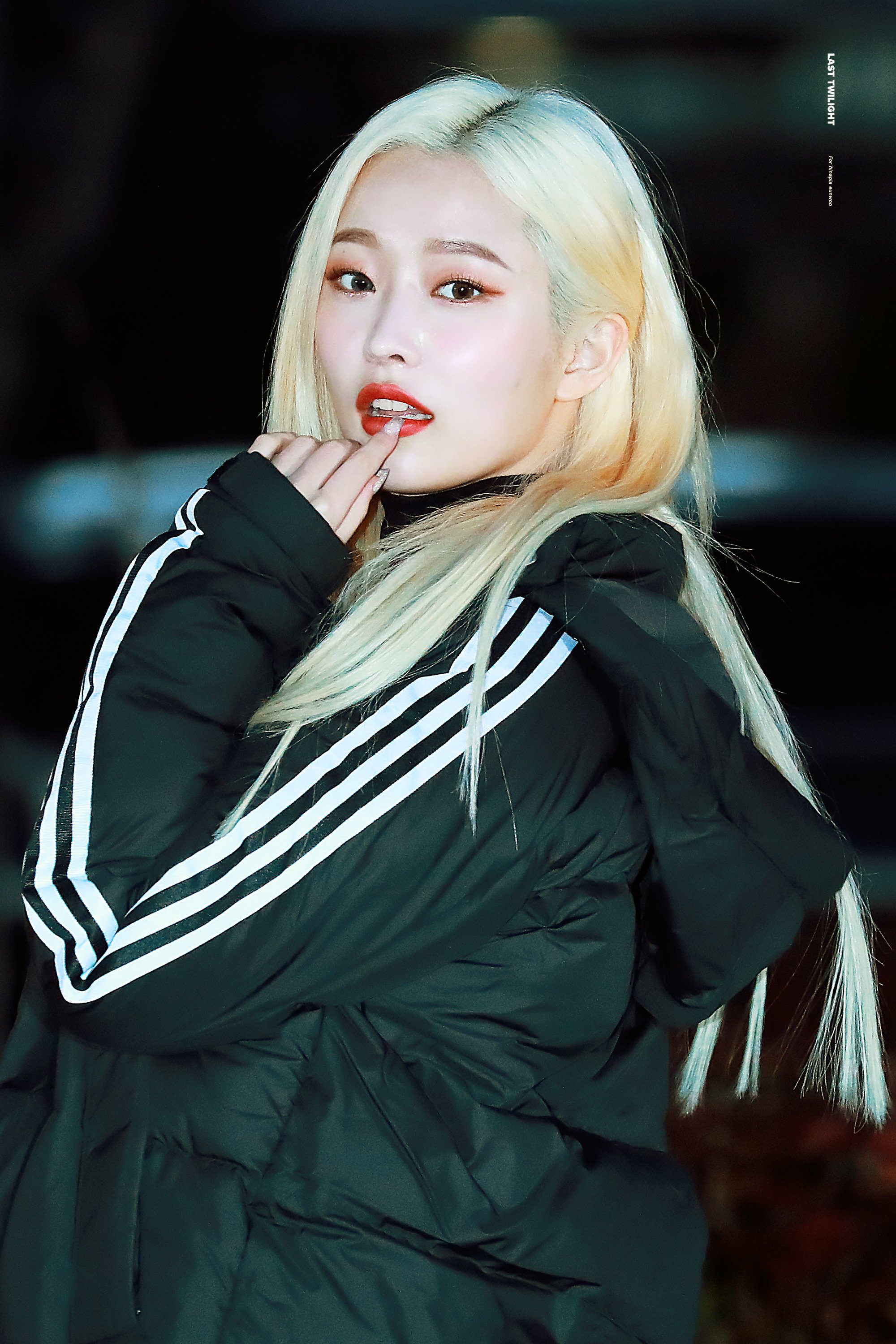 Shortly following the news, former HINAPIA member, Eunwoo shared her honest thoughts on her disbandment on her Instagram account. 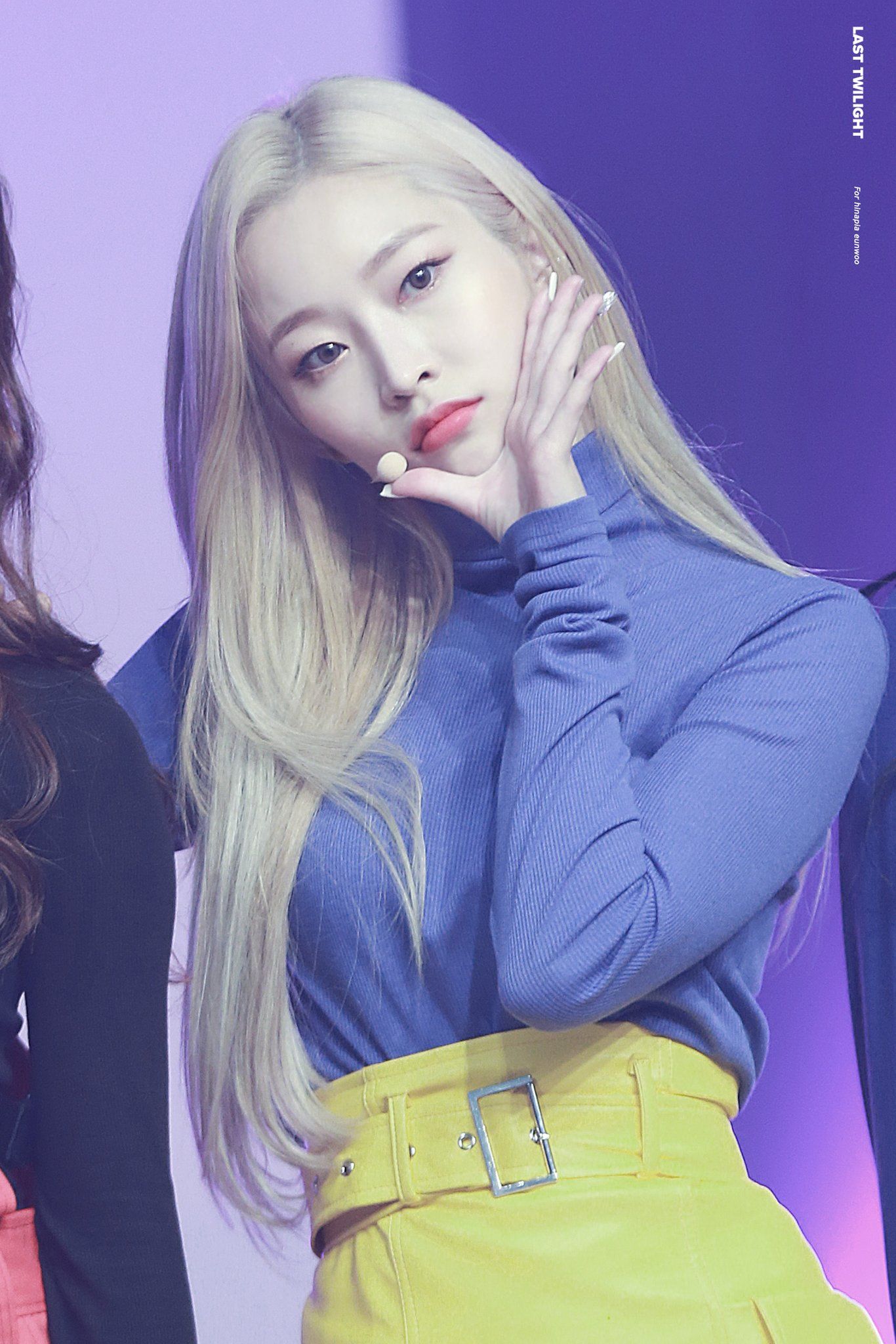 The translated story reads as follows:

Everyone, don’t be sad! I was happy to be able to experience being a singer as a profession and I even got to meet lots of precious people. Just because this ended doesn’t mean my life is over, so I’m going to work even harder from now on.

I think it’s a given that you end up going through this and that in life, so I don’t want to think about this in a negative way. That’s why they call life a roller coaster ride, right?!

Although this is the end for HINAPIA’s Eunwoo, this is just the beginning for Jung Eunwoo, so I’ll be sure to work hard.

Also, I saw an article that said we have unlucky fates… But I don’t think that’s true! We’re not unlucky at all, haha…

Anyway!!! Thank you for everything. I received so much love that I wondered if it was okay to be loved so much. So it will remain as a precious memory. Thank you. 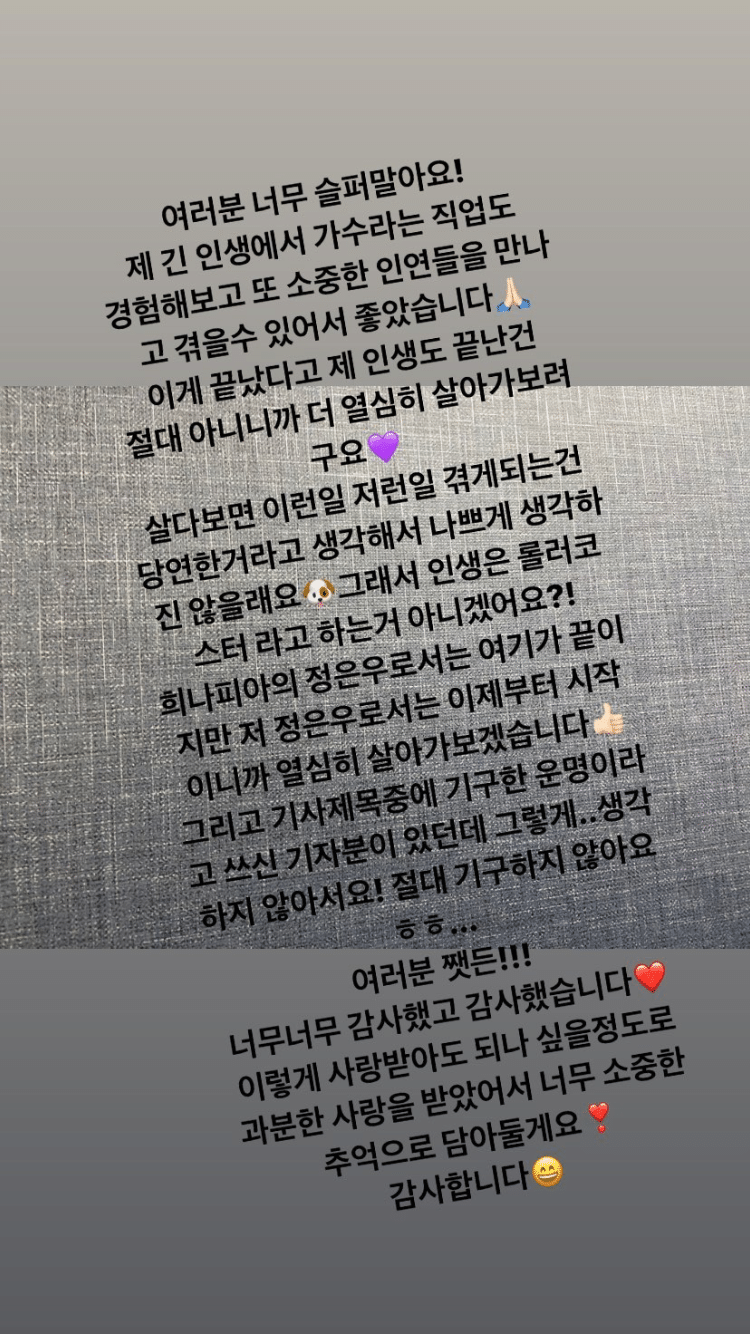