Former K-Pop artist Grace Kim, also known as GrazyGrace, shared her thoughts on how she believed Korean media outlet Dispatch gets their information on K-Pop idols. Her insider insight was interesting and her theory was certainly plausible! 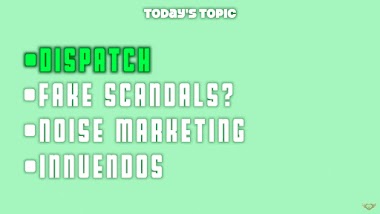 For those who may not have heard of Dispatch, they’re a famous (or perhaps, infamous) media outlet in Korea known for breaking news on everyone’s favorite celebrities, particularly high-profile dating news. In her video, Grace compared Dispatch to American media outlet TMZ.

Celebrities are just not into them because they just create these juicy headlines. It kind of distorts the public’s perceptions and twists the truth around. 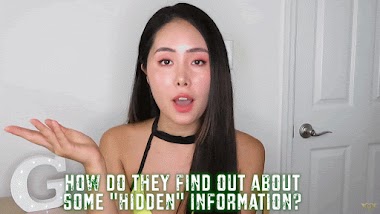 Grace revealed that she believes there are “tale tellers” who approach Dispatch and other media outlets to release the secrets.

Do you think there’s not one person who might get pissed off or might just be that one ‘tale teller’ that tells all the press people what’s really going on. That’s why, especially a lot of journalism places, like TMZ, they say ‘we have a close source’ or an ‘insider who confirmed this news.’

She shared when she was filming Unpretty Rapstar, everyone knew who was going to be on the show before the press because they were filming it. Despite everyone involved signing a Non-Disclosure Agreement (NDA), someone told the press who the line-up was, and to this day, she said, no one knows who it was, although she strongly feels it wasn’t a staff member as they work for the company.

Why do they want tell these secrets? Maybe they get paid by journalism? I don’t know. Maybe it’s a fetish thing to do.

Grace said that she was encouraged by everyone, from her manager to the CEO of her company, to be very polite to the Korean press. She told viewers that celebrities have to bow 90-degrees and be vibrant and bright because the press tend to work off of their feelings and can write whatever they want about you or choose not to write about you at all.

People petitioned for Dispatch to shut down… People were just mad that Dispatch would reveal private information, spread rumors, and destroy one’s career.

What do you think of Grace’s theory? Do you agree that it’s likely to be a disgruntled insider sharing information with the press? Watch Grace’s entire video below for more interesting K-Pop insider knowledge: