No one said the road to being a K-Pop idol is easy! In a recent video on his YouTube channel, Minu from the now-disbanded group BOYFRIEND described one of the most grueling parts of trainee life—monthly evaluations. 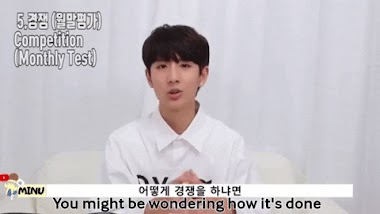 He started off by describing how his former agency, Starship Entertainment, only had a few trainees in the start. Eventually, their number grew, but so did the competition between them.

Those mega entertainment agencies have tens of K-Pop idol trainees, but our company was a bit small, and there were only three when I got in. The number eventually grew to ten or more, and we ended up competing with one another. What a sad situation of having friends to compete with. 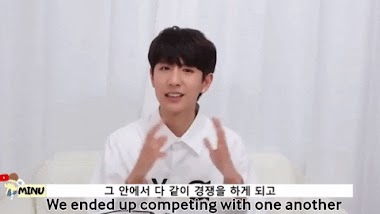 He described the monthly test every trainee goes through as something they all worked hard for.

There’s a thing called ‘monthly test’ every month. At each monthly test, the leaders of the company decide which person to put in a group or which concept the group will go for. Your debut depends on the monthly test, so everyone works really hard. 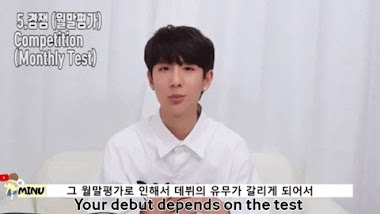 Unfortunately, it can be so stressful and difficult that some opt to quit training altogether: “During the monthly test, some of them drop out and some just quit and leave because of stress and difficulty.” 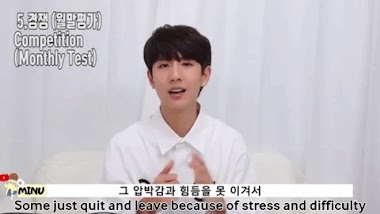 For those wondering, he described the setting of every monthly evaluation. It isn’t just important figures in the company who watch the trainees but also journalists, investors, and artists from the same company.

The test is done in a big practice room where the boss, directors, and all the managers are. The coaches are there too. Journalists are there, people from other agencies and investors also come. There can be artists in the same company as well. 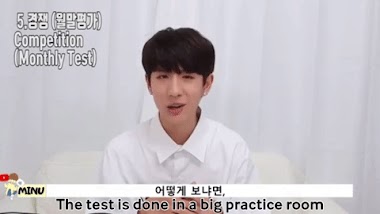 The evaluation revolves around showcasing both individual and group skills, particularly vocals and dancing.

Trainees are sitting on the floor in one corner of the room, and that’s how they’ll be judged in front of so many people. The test subjects are individual vocal, group vocal, individual dance, group dance, and also fun personal skills in some cases. It’s the test of what you practiced for a month, and what you do will be recorded in a video. 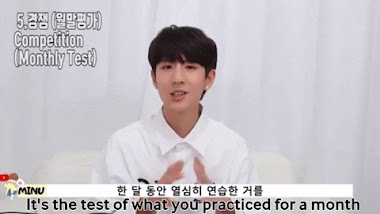 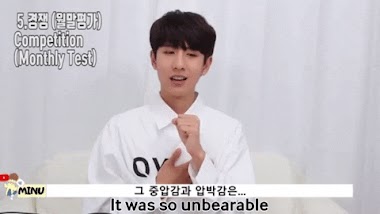 Minu ended by explaining how trainees from Starship Entertainment were given feedback immediately after their performance, and nothing was worse than if it was negative.

There must be a style for every company, but in the case of our company, the people gave feedback for each person after every performance. They also write in some kind of form. You’d jump in joy if they give good feedback on the spot, but you’d want to run away and feel like crying if they give negative feedback. In fact, many cry there. It’s a very tough day. 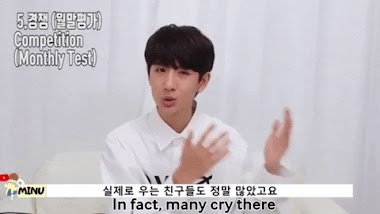 Learn more about trainee life in the full video below!