Na Jae Hee was in charge of the lighting for “Music Core” from November 2008 to 2010, and for one year in 2015. He’s currently the lighting director for MBC’s weekend drama “My Healing Love.”

He described the work that goes into creating a weekly music show that begins with the arrival of the art design Monday, a meeting with the art director, camera director, and lighting director on Tuesday, and light installations until 3 to 4 a.m. on the day of the broadcast, which is Saturday.

Na Jae Hee said, “For each song, it takes about 30 minutes to an hour to prepare the lights. When a new song is released, I first watch the music video. There are emotions that I feel after listening to the song, but I also [check] to see what the emotion is on-screen. After listening several times, I have to decide whether to match [the lights] to a fast or slow beat.”

It’s not common for there to be lights installed at a radio studio, but Na Jae Hee was in charge of the lights when “Idol Radio” first began. Speaking about the lights at the MBC Garden Studio, he said, “There aren’t any high-performance cameras here like at ‘Music Core,’ so I installed the lights in a way that could be operated by non-experts.” He continued, “It weighs on my mind that the singers’ faces appear white during the dance time. I’m continuing to speak to them so that colors can be applied. It’s an occupational disease, but I only see eyes when I watch films or dramas. The information on how the lights are set up can all be seen in the eyes.”

The lighting director concluded by describing idols as “passion and light.” “[When I used to work at ‘Music Core,’] I felt sorry watching them rehearse starting so early in the morning on Saturdays, but they did a great job with passion. I felt that kind of passion every week.” 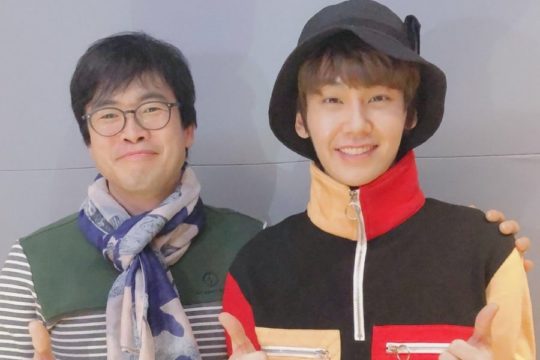 “Idol Radio” airs on weekdays at 9 p.m. KST on Naver’s V Live. In the meantime, check out the latest episode of “Music Core” below!