The April 19 episode of MBC’s “PD Notebook” focuses on the dark side of the costs of being idol singers and trainees.

A former trainee reveals her experiences receiving sponsorship offers (receiving monetary aid and favors in exchange for sexual relations). She says, “When I was attending a vocal academy, my teacher asked, ‘What kind of singer do you want to be?’ I answered, ‘I want to be an idol,’ my teacher replied, ‘Can you [have a] sponsor?’ When I said no, my teacher said, ‘Then quit.’” 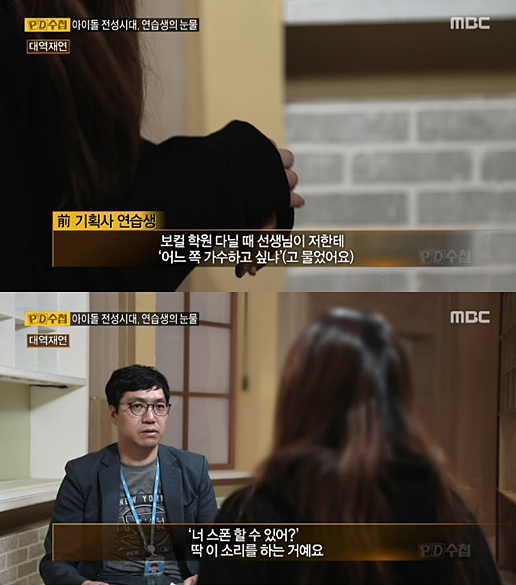 The former trainee reveals another instance and confesses, “We were training, me and other female trainees. Then some people we had never seen before walked in and out [of the room]. They were men.

“They said if I meet them twice a month they would give me 5 million won (approximately $4400). I’m really conservative but I was a little tempted for a moment when I heard that.”

“PD Notebook” also shared the case of a male trainee who had received sponsorship offers as well.

What are your thoughts on these sponsorship offers?