Former WA$$UP member Jiae updated her fans by sharing some exciting photos on her social media!

Jiae, a former member of the powerful girl group WA$$UP came out as a bisexual earlier this year, marking a monumental moment in K-Pop history. The topic of sexuality is still quite a taboo topic in South Korea. Typically, if you’re not heterosexual you keep quiet whether you want to or not due to potential backlash. The conservative mindset of the Korean people has been evolving slowly to become more accepting of everyone in recent days. Some things, however, are proving to require a little more time. 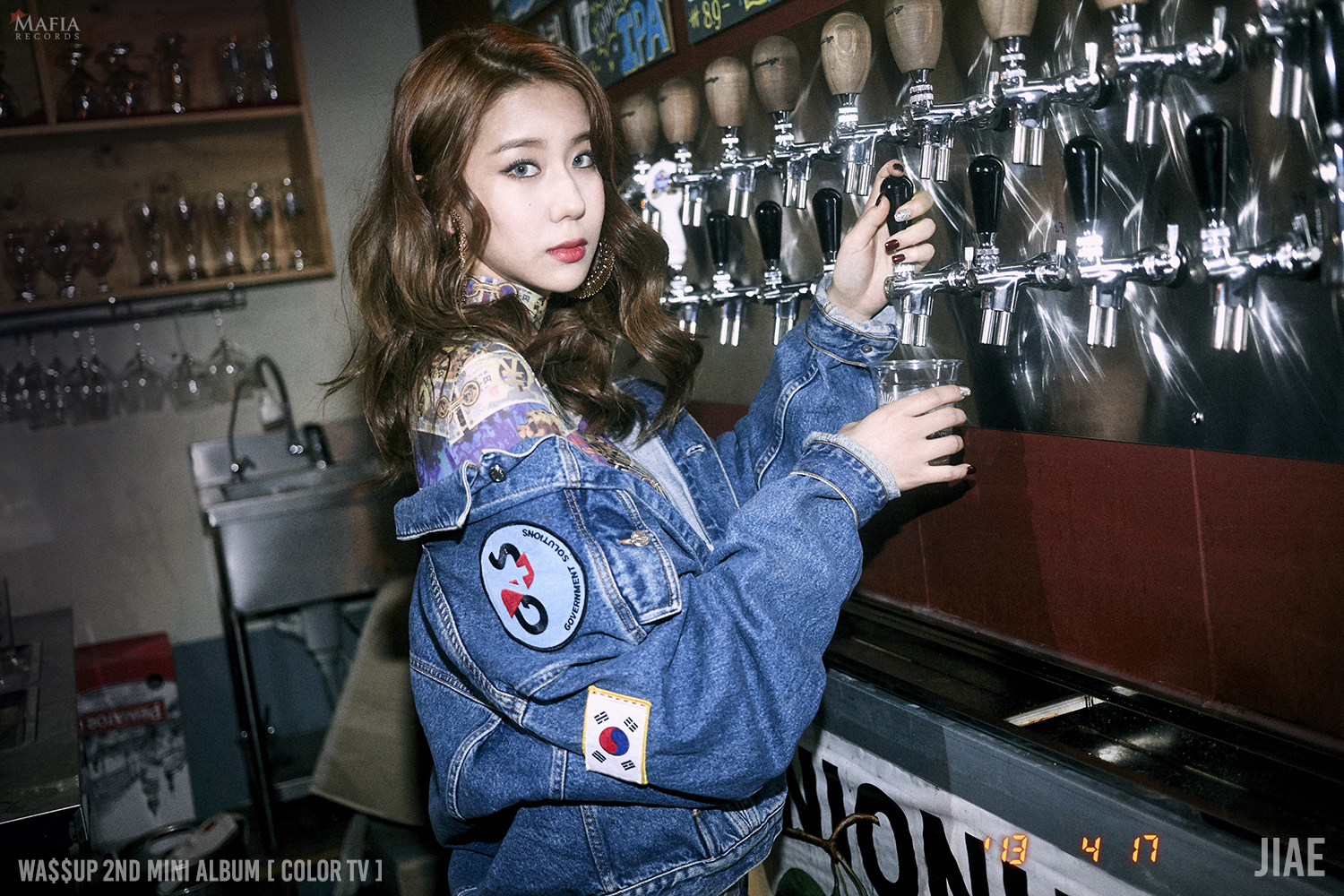 Which is why Jiae shook the K-Pop world when she confidently came out as a bisexual earlier this year. After declaring to the world that she loved both men and women, Jiae shared some adorable photos of her and her girlfriend with her fans! In the first photo, the two lovebirds are seen wearing big puffy coats and masks while enjoying the brisk night. We love how comfortable they look in their pajamas and hoodies! Also, the dog in the red onesie makes the entire photo that much cuter.

In the next photo, the two ladies can be seen posing for a mirror selfie in a store. While gazing into each other’s eyes, they took a moment to snap a photo for memory sake. You can just feel all the love radiating through the screen. Dressed up in a white dress and a grey blouse, it looks like the couple went on a little shopping date together. What a good looking couple!

Having debuted in 2013, Jiae stood on the stage with her fellow WA$$UP members with their debut song, “Wassup”. The girl group made an impression and stood out from the rest of the girl groups at the time with their heavy hip-hop influence. Although they came out with numerous catchy singles during their time as a group, they were unable to make a big enough splash in the oversaturated K-Pop market. With their last single dropping in 2016, they stayed inactive until the unfortunate disbandment news came out in 2019.

While the group may no longer be together, we are still always excited to hear updates about the members. Congratulations to Jiae and her relationship! We wish them both nothing but happiness.

BTS’s Jin and Suga May Seem Like Opposites, But They Have One Thing In Common