f(x) member Amber has shared a message about the wildfires that are causing devastation in California.

While currently based in South Korea, Amber was born and raised in Los Angeles, California. On November 12, she posted on Twitter about the Woolsey Fire, a blaze burning in the Los Angeles and Ventura counties that has caused two deaths.

Amber expressed her thanks to the firefighters and shared that her parents and friends have been evacuated, as well as urged everyone to be safe and included a link to the Red Cross. 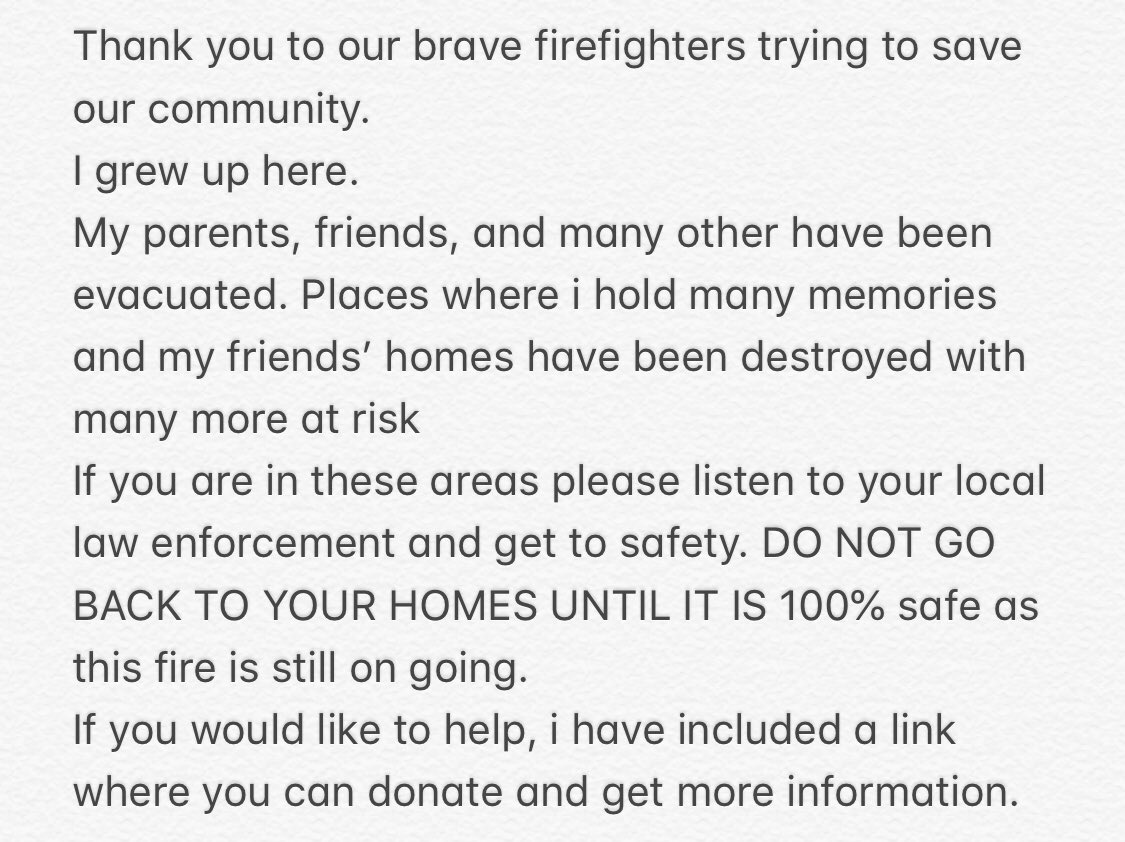 Farther north in the state, the wildfire known as Camp Fire has taken 29 lives and is the most destructive blaze in California’s history. An estimated 250,000 people have been forced to evacuate due to the three current major wildfires in the state.