While talking about various topics, MC Yoon Jong Shin asks the leader of f(x), “So there was some good news while you were gone, did you know about it?” referring to the relationship news between fellow member Krystal and label-mate Kai. A little startled, Victoria responds, “Yes, I knew about it.” 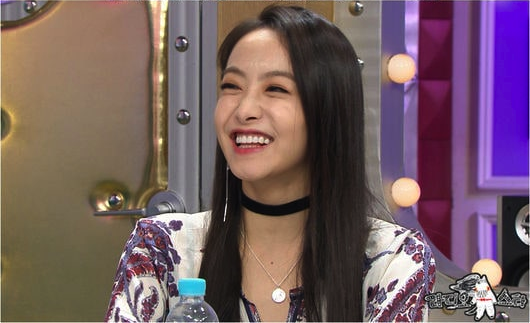 When asked by MC Kim Gura if they look good together, she doesn’t hesitate to say, “Yes. They are both so pretty,” showing her affection for the couple with a smile.