On April 12, Gaon announced chart results for the month of March as well as for the week of April 1 through 7. 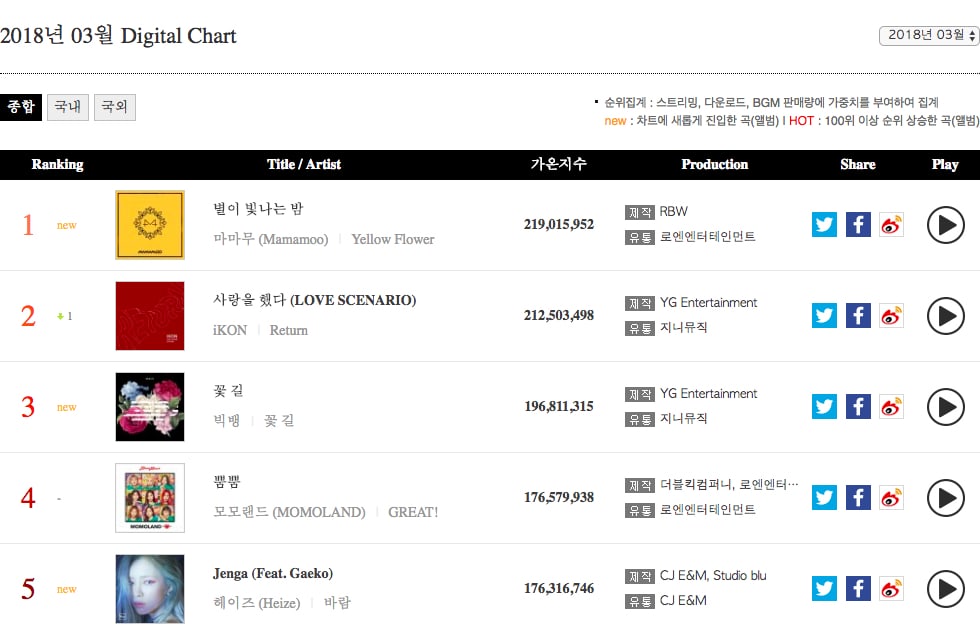 The download chart for March was topped by “Flower Road” and was followed by “Starry Night.” “Jenga” took No. 3, Wanna One’s “Boomerang” took No. 4, and “Love Scenario” placed No. 5. 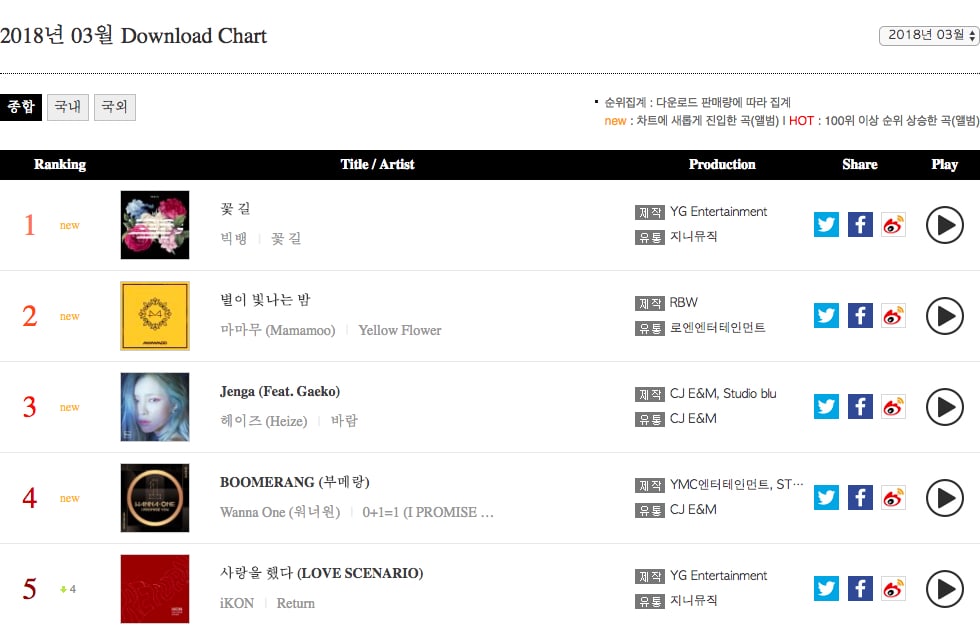 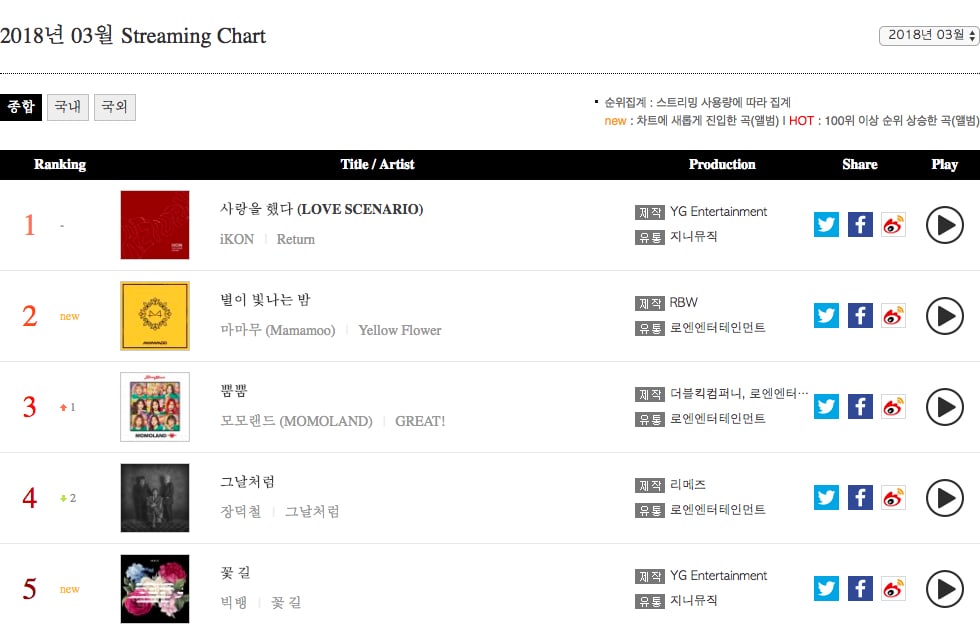 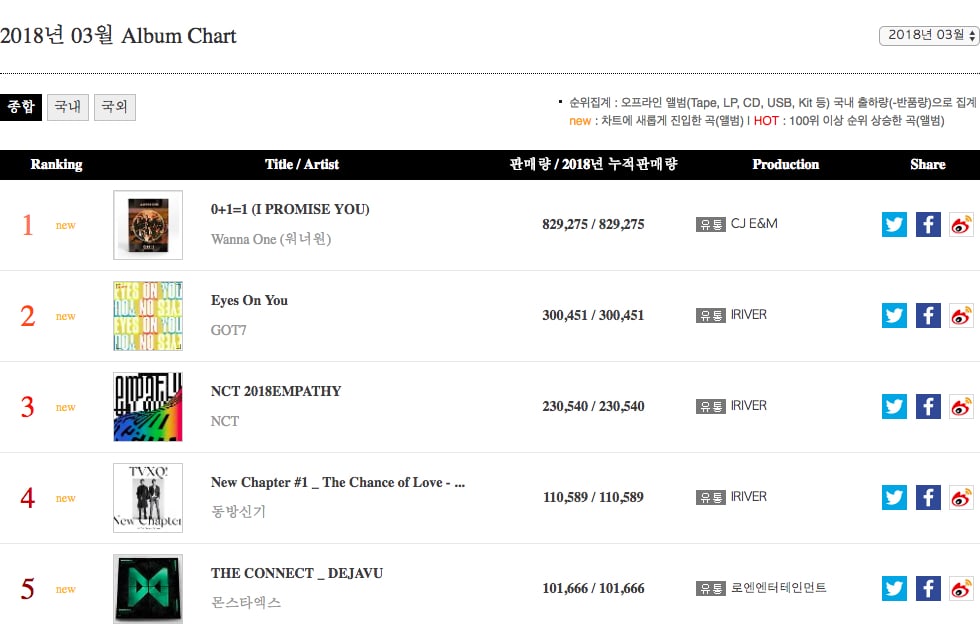 For the week of April 1 through 7, HAON and Vinxen’s “Barcode” from “High School Rapper 2” rose 44 spots to top the overall digital chart. “Flower Road” took second, and WINNER’s “Everyday” made a strong entrance in third. “Starry Night” took No. .4, and “Love Scenario” placed No. 5. 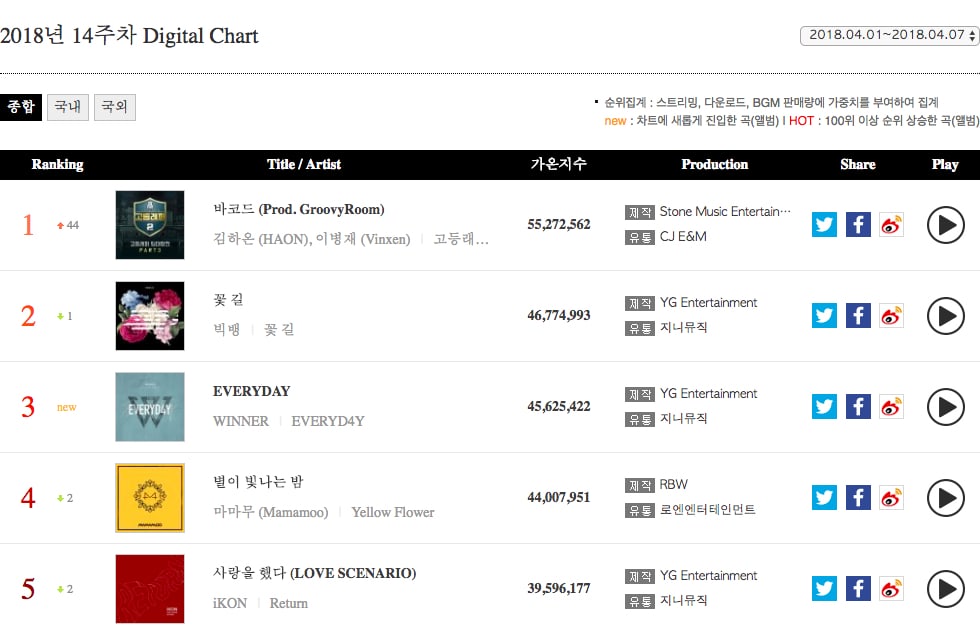 “Everyday” topped the download chart for the week. “Barcode” took second, and TVXQ’s “The Chance of Love” took third. “Flower Road” and “Starry Night” round up the top five. 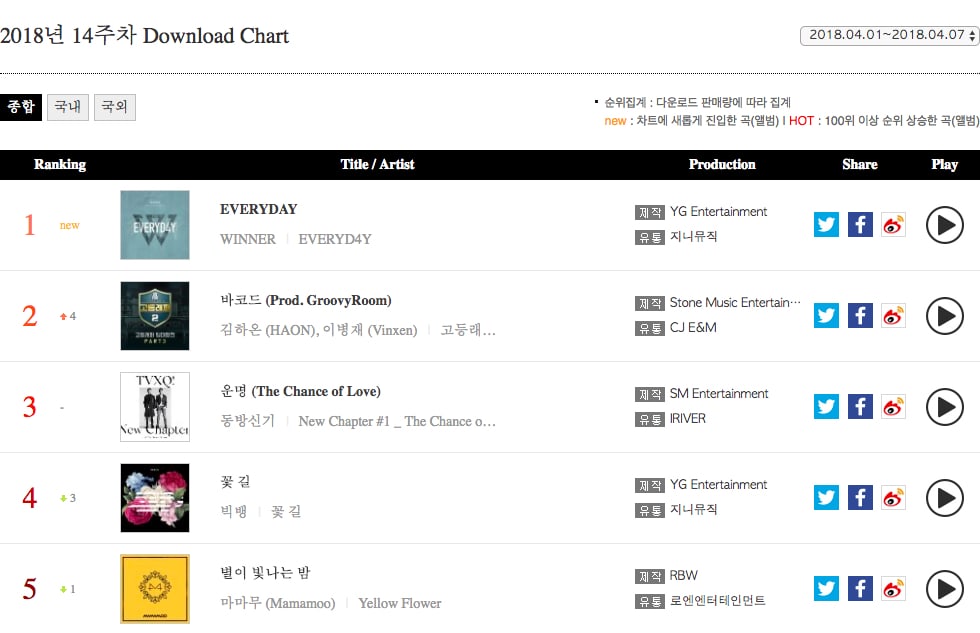 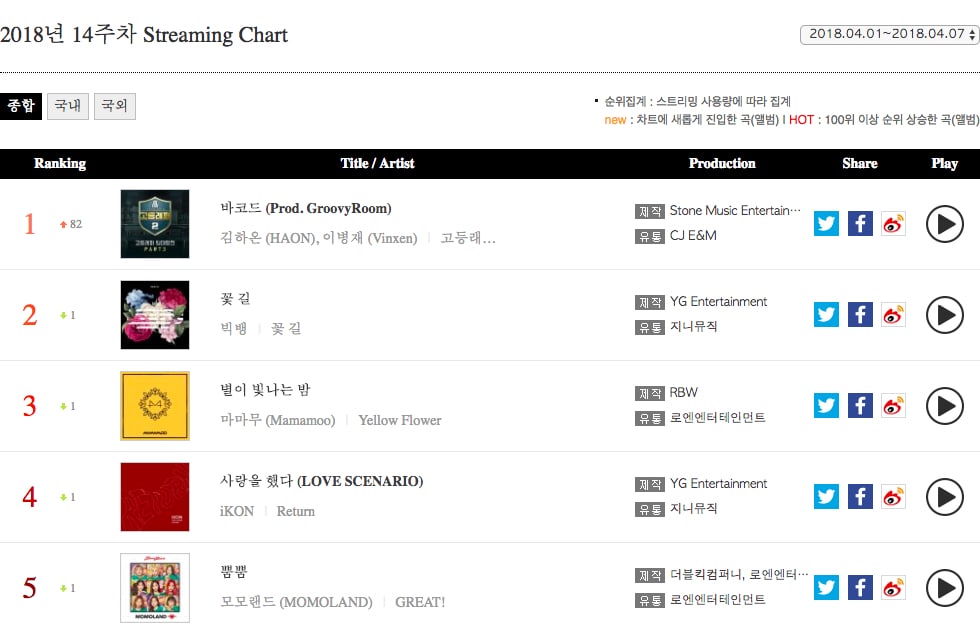 WINNER’s “EVERYD4Y” and The Boyz’s “The Start” topped the album chart. They were followed by GOT7’s “Eyes on You,” EXID’s “Lady,” and Oh My Girl Banhana’s “Banana Allergy Monkey.” 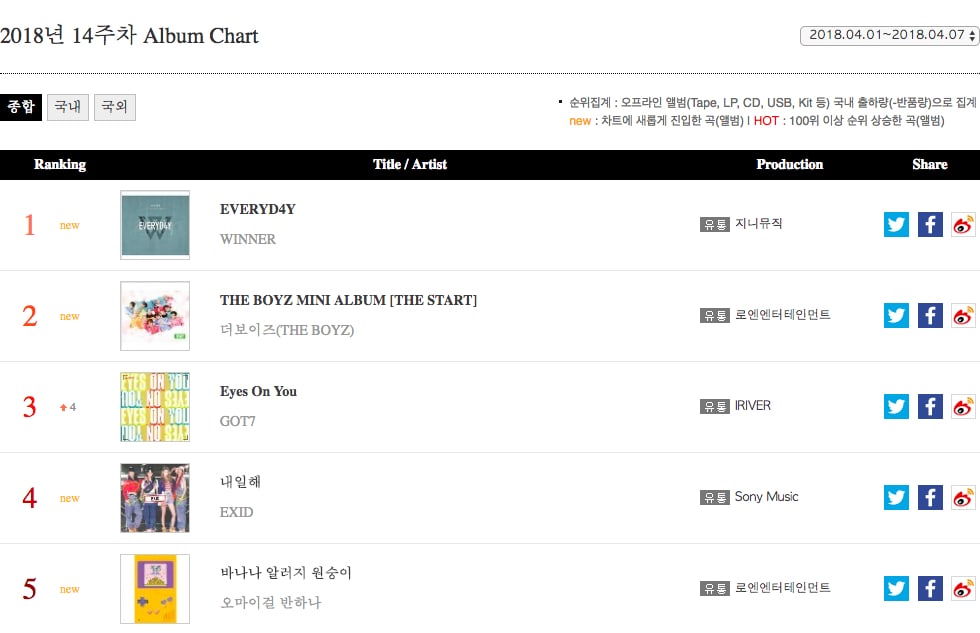