On the April 10 broadcast of SBS‘ “Running Man,” Gary talks about his experience of auditioning for the legendary first-generation idol group H.O.T.

This week’s episode features Girl’s Day’s Hyeri and WINNER’s Song Mino and Nam Taehyun as guests. The members and guests are divided into groups for their challenge, and Song Mino is paired up with Haha and Gary.

While moving to their next location, Haha brings up Gary’s surprising past and reveals to Song Mino, “Gary almost became a member of H.O.T. He could have taken Kang Ta‘s spot in the group.”

Gary, who was once scouted by SM Entertainment, first says, “I’m embarrassed,” and then makes everyone laugh by confessing, “Well, I did indeed audition [for H.O.T].”

Back in the early 1990s, Gary participated in a dance competition with future H.O.T members Moon Hee Jun and Jang Woo Hyuk. The three of them caught the eye of SM Entertainment’s talent scout and were offered contracts after a successful audition, but Gary decided to turn down his offer, ultimately rejecting a spot in H.O.T. 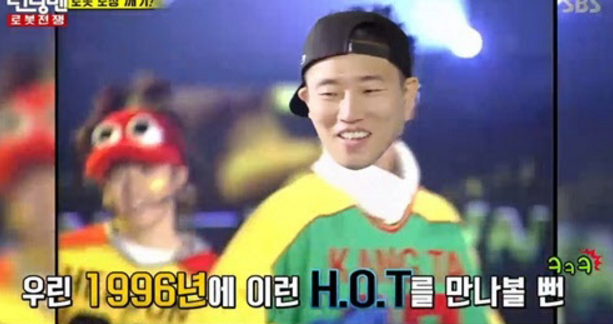