The May 6 episode of MBC’s “King of Masked Singer” featured four challengers to Invincible East’s crown.

In Round 2, the contestant known as Taj Mahal sang Rumors’ “Storm” against Safari, who sang Wanna One’s “Energetic.” Taj Mahal won the round and went on to the next to face Gazette Detective, where she said, “It was difficult to come all this way. King, it’s time for you to come down.” However, Gazette Detective replied, “I barely made it to this round and it was really tough. The king is hard to beat, but so am I.” 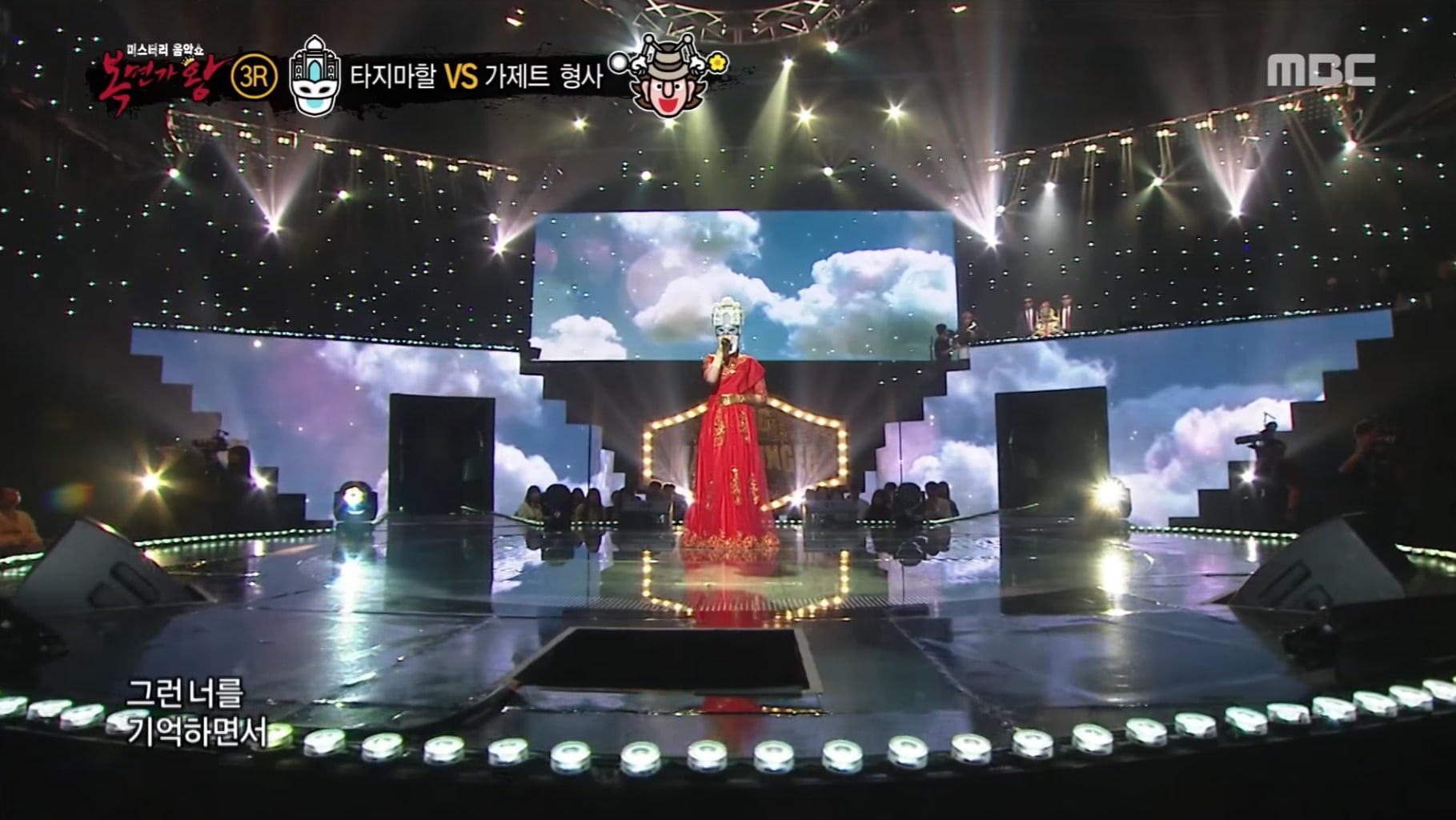 In Round 3, Taj Mahal sang GB9’s “I Hope It’s Breeze,” while Gazette Detective chose Buzz’s “Thorn.” After the performances, Invincible East said, “The final round songs require a lot of stamina, but the two singers have managed to put all their emotions on the line. I’m getting a little worried. It was great to listen to.” 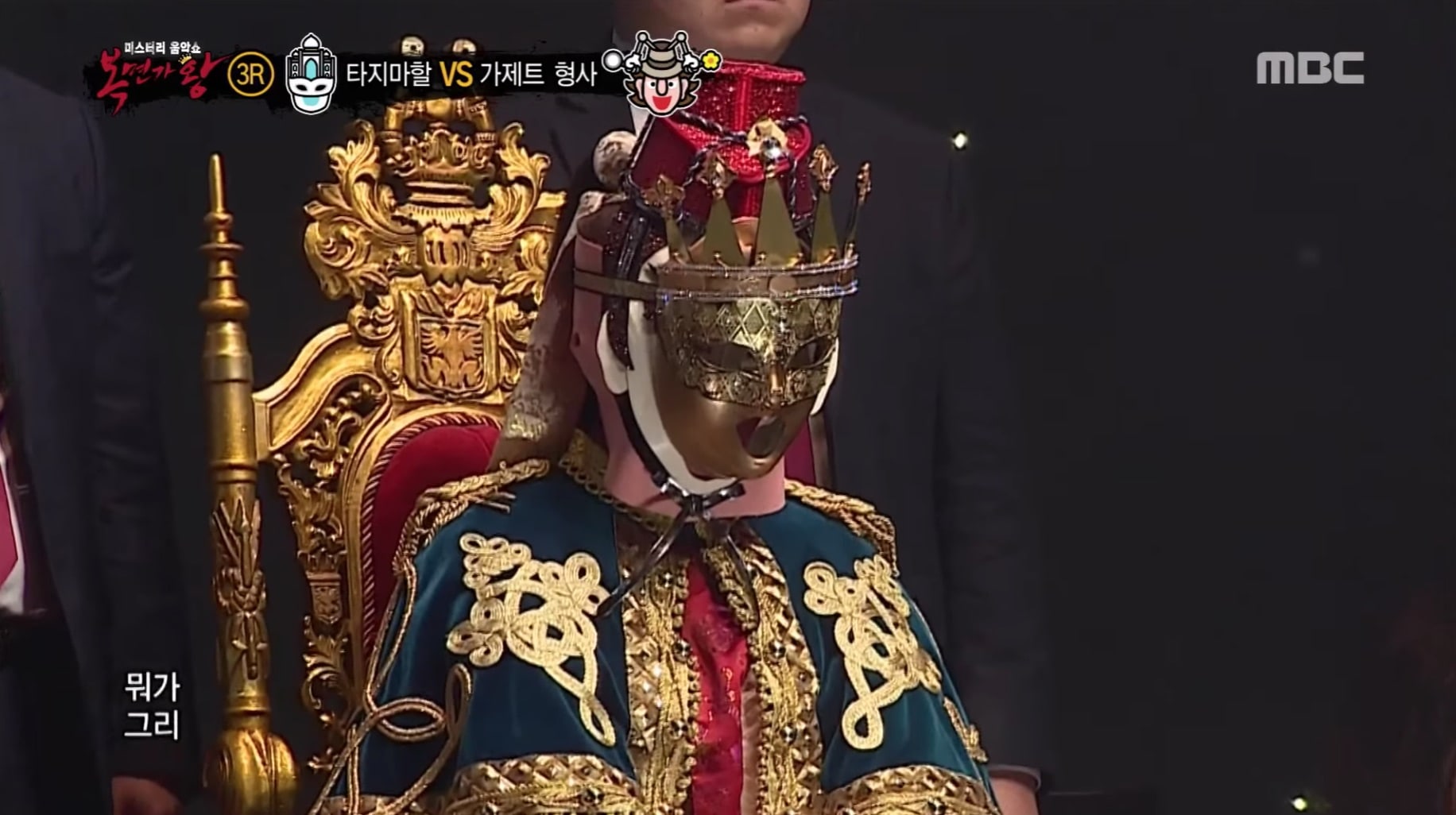 With a difference of five votes, Gazette Detective went on to challenge Invincible East, who was contending for her sixth consecutive win.

Taj Mahal unmasked herself to reveal her identity as SONAMOO’s main vocalist High.D. The panelists had not expected a young idol and told her, “Your voice has the ability to express deep emotions like sorrow and regret.” 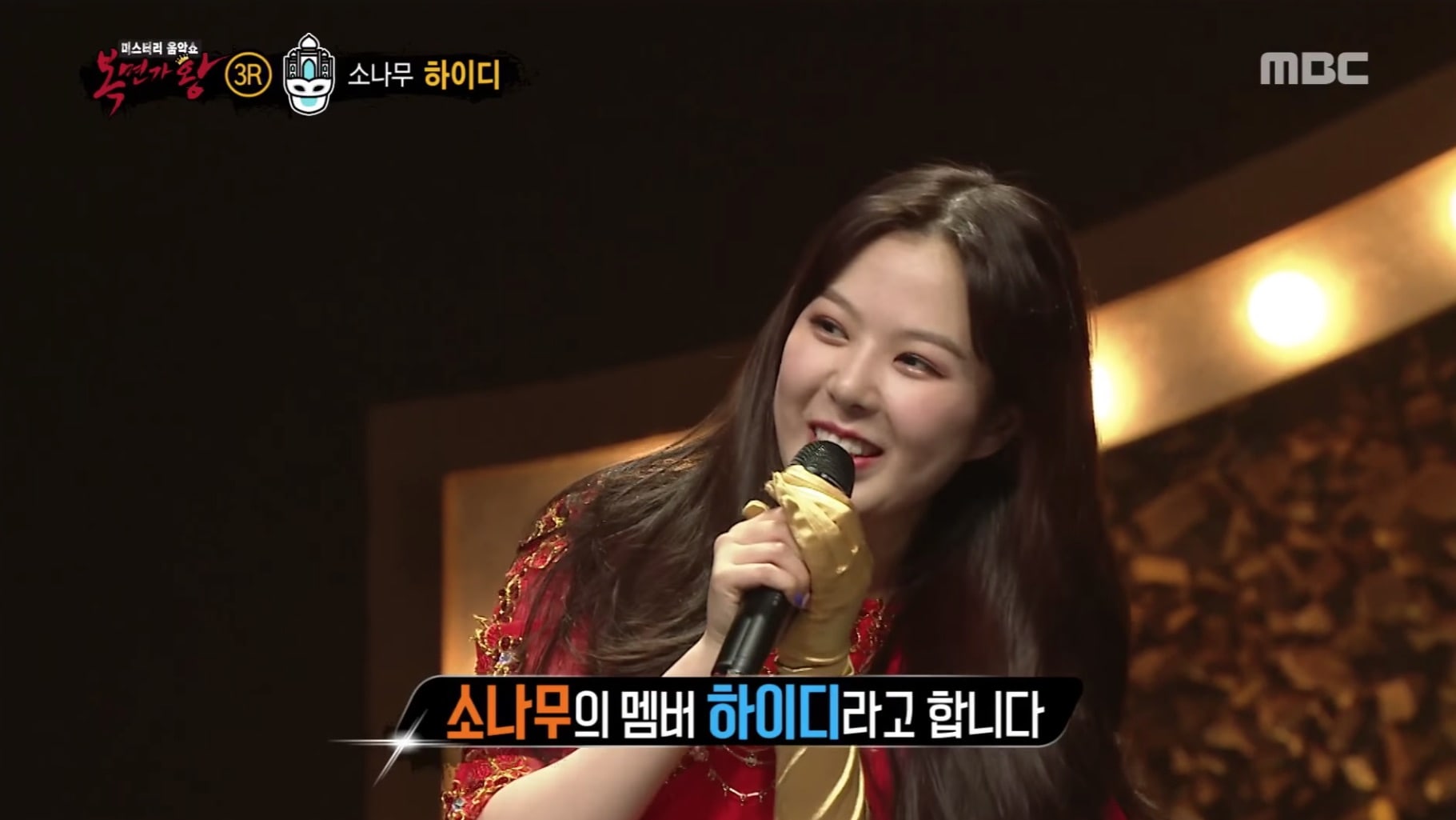 High.D said, “This is the first time I’ve done solo activities. I want to promote my group SONAMOO.” Later on Twitter, she wrote, “Did you watch the episode? Taj Mahal was me, SONAMOO’s High.D! You were surprised, right? Thank you to everyone as always and love you. SONAMOO and SolBangOol [fanclub name meaning ‘pine cone’] are the best!”

You can watch the latest episode of “King of Masked Singer” on Viki below!