Girl group Girl’s Day has placed in the top 10 of the Billboard World Albums Chart!

The group notably made their first appearance on the chart with their latest comeback mini album “EVERYDAY #5,” which was released on March 27. As of April 6, Girl’s Day is placed at No. 7 on the chart.

Check out the current ranking below! 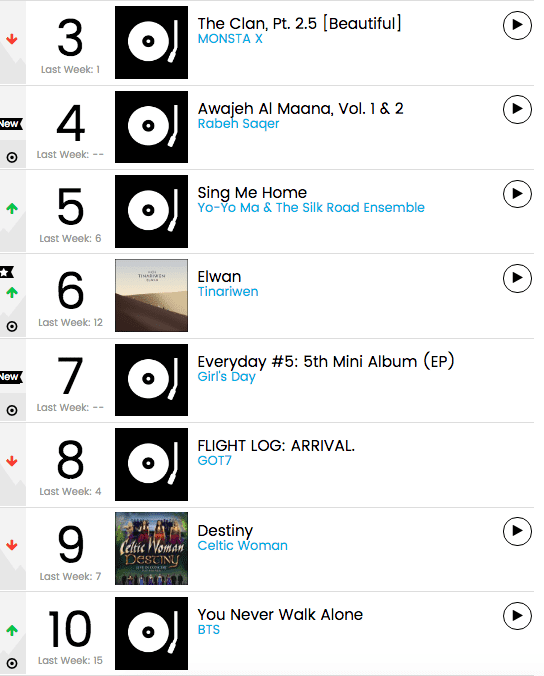