On the April 6 broadcast of Mnet’s “New Yang Nam Show,” Girl’s Day appeared as guests – and something extremely unexpected happened.

During the show, the Girl’s Day members got some instant lottery tickets as prizes for winning a quiz. While on break, the members scratched their tickets. 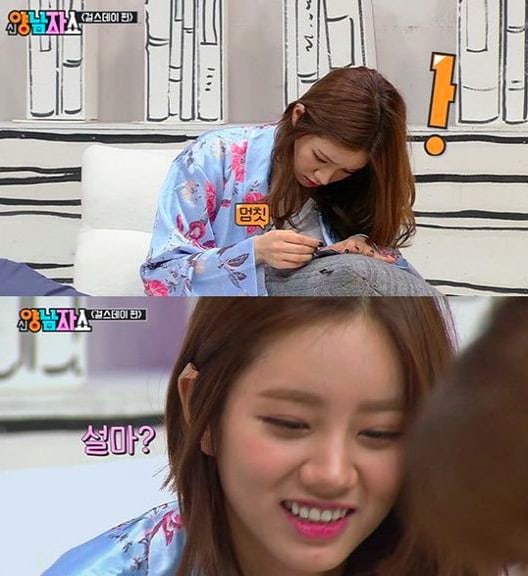 Initially, a source from Hyeri’s agency Dream T Entertainment said, “Hyeri winning the lottery was completely real. Everyone was shocked.” They added, “I’m not sure if she has cashed it yet, but we can confirm that it was not a prank.”

However, a little while later, they changed their statement, saying,  “When we checked with the production staff of the show, they informed us that it was a prank. The managers on scene had been tricked as well.”

Meanwhile, Girl’s Day has recently made a successful comeback with their new song, “I’ll Be Yours.”