Girl’s Day‘s Yura picks her top three best bodies among girl group members on the upcoming episode of “Happy Together 3,” with Hyeri, Lee Se Young, and Choi Sung Won as other guests on the show.

During the filming, Yura shows how much pride she has about her own body. As some fans may know already, Yura even has insurance on her legs. When asked who she thinks is in the top three best bodies among girl groups these days, Yura answers, “AOA‘s Seolhyun is quite popular because of her body. And HyunA‘s body is pretty, too.”

Yura continues, “The last person is Yura,” and confidently points to herself. 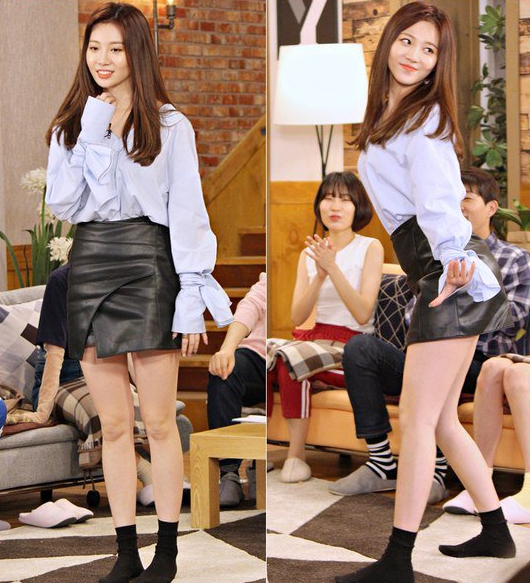 Hyeri is disappointed to find that her name isn’t on Yura’s list. “I’m offended,” Hyeri says to the amusement of the others in the studio. When the MCs ask Yura about Hyeri’s body ranking, she makes everyone laugh by asking, “How many girl group members are there in Korea?” jokingly implying a low ranking.

Who do you think belongs in the top three?

Watch “Happy Together 3” on Viki: