Some exciting news for Girls’ Generation‘s Seohyun has come out in the middle of her controversy.

According to recent news reports, the Girls’ Generation member was cast in an upcoming Netflix film titled Moral Sense. This will be a film adaptation based on the webcomic with the same name. Fans have already begun to get excited due to not just the cast, but also because of the interesting plotline.

This caught the eyes of Girls’ Generation fans as Seohyun is famously known for her angel-like and innocent image. While she may almost be 30-years-old, her clean image has remained with her throughout the entirety of her career. Due to the sexual nature of this film’s plotline and the casting choice made by the production team, the movie is starting to garner attention before its premiere date.

The exciting casting news couldn’t have come at a better time for the Girls’ Generation member. Just a week ago, actor Kim Jung Hyun became the center of mass criticism when it was revealed by Dispatch that his rude behavior during The Time‘s production was due to his then-girlfriend, actress Seo Ye Ji. Seohyun became tangled in the messy situation when past press conference clips started circulating online. These clips showed Kim Jung Hyun being visibly cold and stern towards Seohyun, who acted alongside the actor as his female lead for the production.

While the drama concluded filming back in 2018, the clips and related news reports began to resurface in light of the ongoing controversy. It was also further reported that Seohyun cried numerous times on the set of The Time due to Kim Jung Hyun’s rude behavior, but remained professional for the entirety of the production.

In light of the belated controversy, netizens began showering Seohyun with their support, rallying behind the singer and actress. They have expressed their adoration and respect for the Girls’ Generation member due to her constant positive attitude and professionalism despite all the negativity. 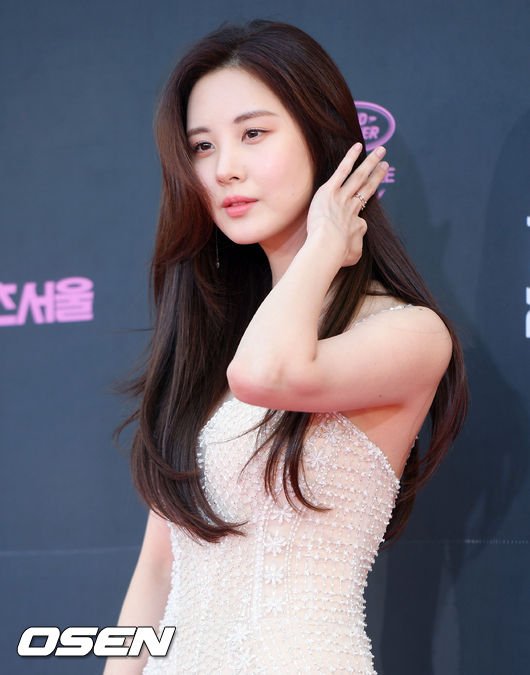 With her recent casting news, Seohyun has been receiving support from all over and we couldn’t be more excited for her.

The movie is set to release on Netflix but does not yet have a premiere date.