In the latest episode of MBC‘s documentary Docuplex which aired September 10, Girls’ Generation‘s Tiffany (also known as Tiffany Young) sat in front of the camera to talk about her relationship with the late Sulli. 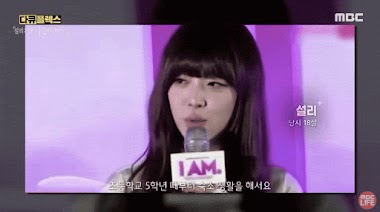 I lived in a dorm since I was a 5th grader in elementary school. I used to want to go home a lot because I missed my mom… It was because my home used to be far away in Busan.

… and Tiffany revealed that the “frustration” and the “loneliness” affected not only Sulli but also her and Girls’ Generation‘s Taeyeon too.

Let’s be honest, we didn’t even know how our bodies are supposed to work at that age. We were constantly like, ‘Where is this? Who am I? What day is it? Did I get my school work done?‘ And even when we’d find ourselves feeling frustrated, we weren’t old enough to really understand where that emotion came from. We were that young, to be in that environment.

Back in 2004, when the middle-schooler Tiffany began her traineeship with SM Entertainment after being cast in Los Angeles, she began living in a dorm with her group-mate Taeyeon.

Tiffany and Taeyeon wholeheartedly embraced Sulli as the “Dorm Baby” when the elementary-schooler Sulli arrived in Seoul to dorm with them. By 2011, Sulli appeared in an interview on MBC’s Come To Play and thanked Tiffany and Taeyeon for “taking good care of [her] during the time they lived together.”

I really like and trust my unnies. When I came to Seoul by myself, [Tiffany and Taeyeon] unnies have been the only ones whom I could really lean on and follow. So I’m really grateful for them.

Yet the reality is, no matter how mature for their ages or how dedicated to their careers, two middle-school and one elementary-school aged students simply cannot stand on their own without the experience taking a toll on their minds. 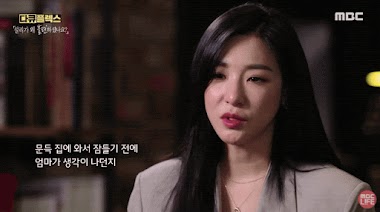 Tiffany recalled, “For me… and for Sulli and for Taeyeon too… [traineeship] was a time of constantly trying to convince ourselves” that they are going to get through it all. 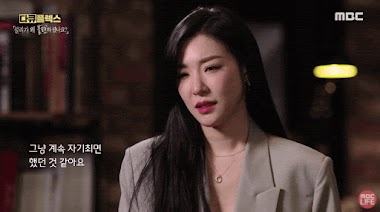 At the end of the documentary, as her heart and ours shattered alike, Tiffany thanked Sulli for having been an amazing person through all the turbulent times — and bid her farewell once again.

When I lost Sulli after 18 years… I didn’t ask, ‘Why did she have to do this?‘ Rather, I couldn’t help asking myself, ‘Why didn’t I reach out more?‘ I’m terribly sorry that I didn’t stay around to listen to her story closely. If I could, I would like to let her know that I’m grateful that she stayed courageous, bright, and positive through those times.

You can watch the full clip below.