On the May 25 episode of JTBC’s “Secret Sister,” Girls’ Generation’s Hyoyeon and MAMAMOO’s Wheein continued to have a heart-to-heart talk.

Awkward in last week’s episode due to their failure to find a common hobby, this week the two idols decided to head out to the Han River at night. Through separate interviews with the production staff, Hyoyeon and Wheein discovered they both liked to drink and chose their favorites at the convenience store nearby along with some snacks. 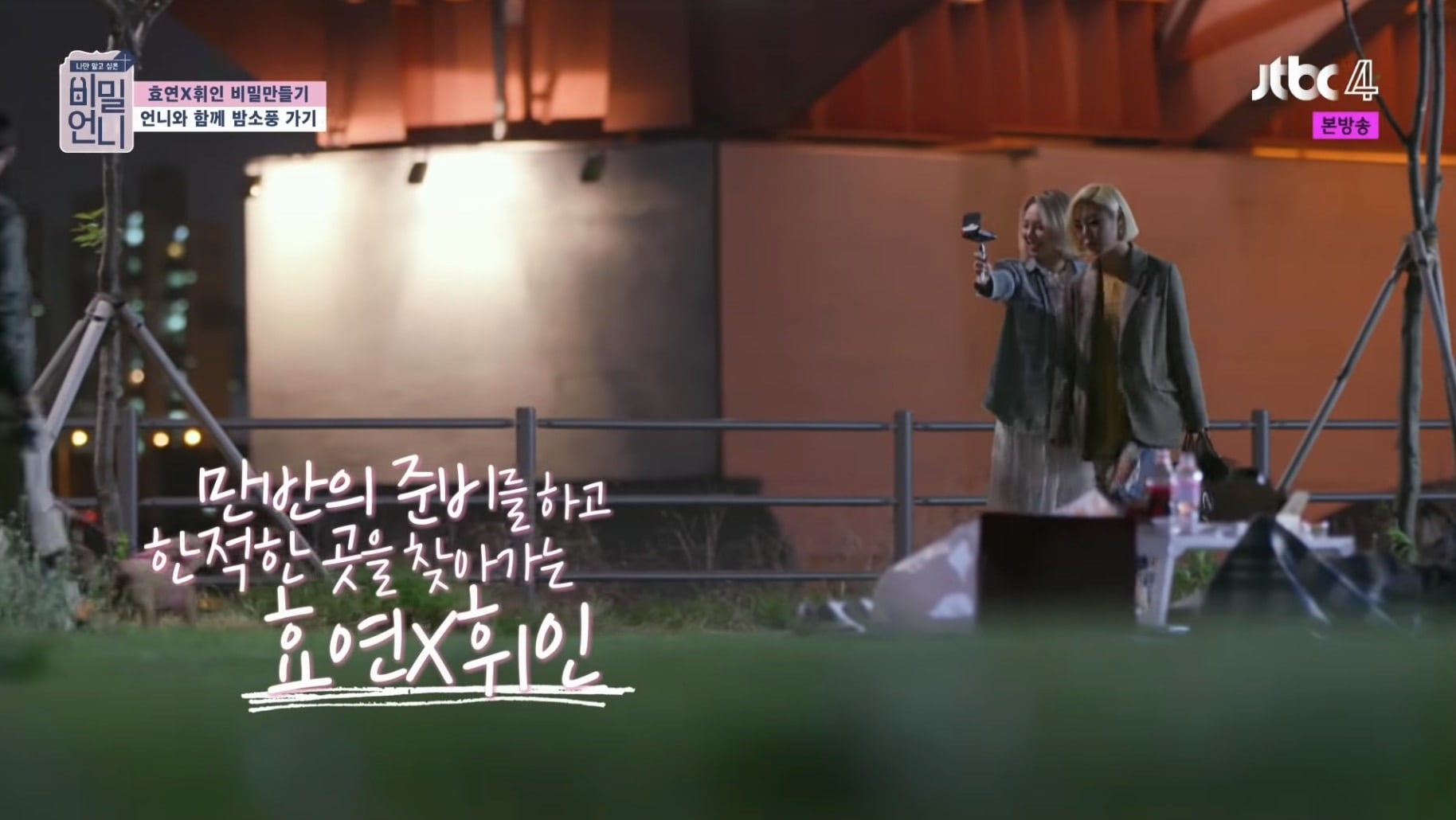 “I was told to date a lot, to meet a lot of guys, but when I looked around me, there was no one,” Hyoyeon shared. Wheein agreed, adding, “And there aren’t many routes to meet someone new, since I don’t meet anyone.” 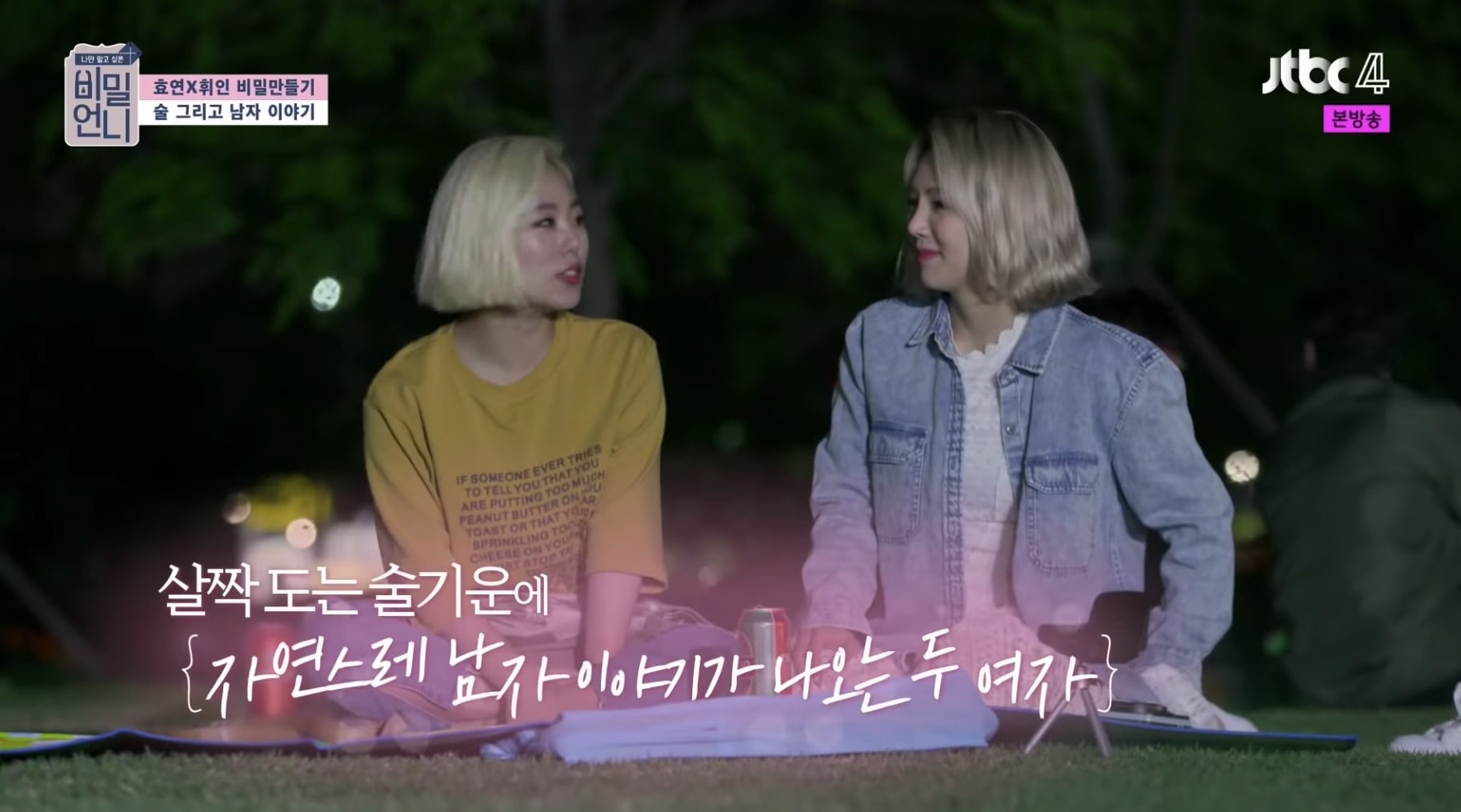 They also talked about their ideal types, Hyoyeon saying that she liked someone with a nice shape to their head and without double eyelids. Wheein agreed about the eyelids feature and Hyoyeon joked, “Does that mean we’re going to fight later?”

More seriously, Wheein said, “Someone who is very manly and dependable. Someone with a big heart and mind [lit. ‘someone with a big plate’].” Hyoyeon teased her by asking if her previous boyfriends had had ‘small plates,’ but Wheein added, “I think that it’s really important for someone to listen quietly to what I say, even if they don’t understand 100 percent.”

Hyoyeon related, saying, “They listen to you at first, but then they stop.”

“Secret Sister” airs on Friday at 8:30 p.m. KST on JTBC4 and other online channels.