On the May 19 episode of JTBC’s “Ask Us Anything,” Girls’ Generation’s Hyoyeon, MAMAMOO’s Hwasa, Chakra’s Hwangbo, and WJSN’s Dayoung appeared as guests. 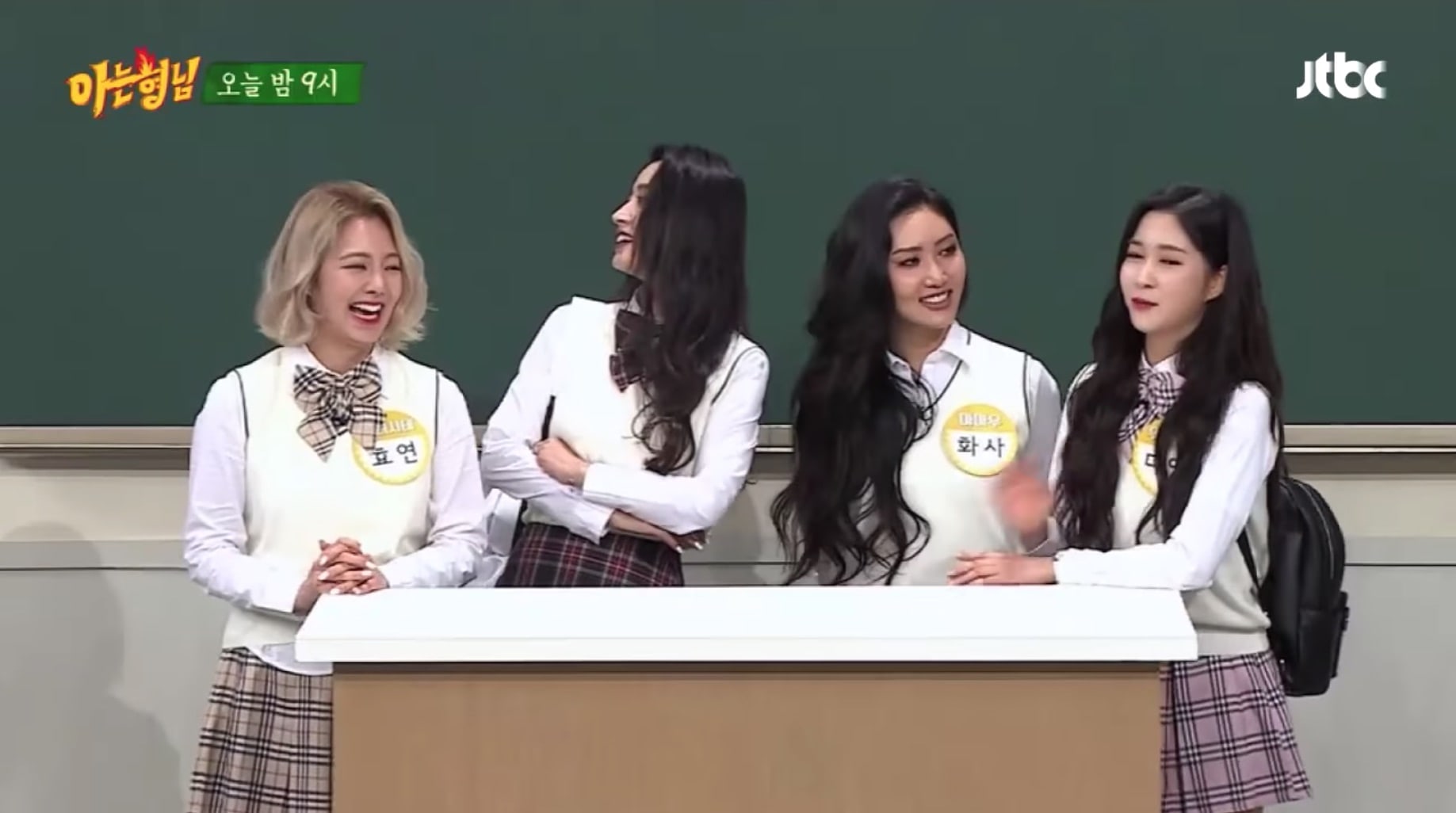 During the show, while Hyoyeon was talking about the times when the Girls’ Generation members fought with each other, Kang Ho Dong asked, “Have you heard anything about Super Junior?” Immediately Hyoyeon replied, “I heard that Heechul got hit by Yesung.”

Kim Heechul looked surprised and when asked to explain in more detail, Hyoyeon said simply, “I heard he got hit a lot.”

Kim Heechul then explained that the incident in question took place two years ago during their South American tour. At that time, they were talking about their concert and since they had to perform in Korea right after they came back from South America, Kim Heechul suggested that they not change anything about the concert contents and perform as they had been doing.

“But then Yesung, who had recently come back from his mandatory military service, suddenly said a lot of rough things [i.e. swearing],” Kim Heechul said. “I was so taken aback that I just said, ‘What?’ And then he said some more stuff and stormed into the bathroom, kicking the door.”

He continued, “I was angry too, and since the youngest member Kyuhyun was watching, I decided I’d be an idiot if I let this slide. I went into the bathroom and was ready to fight, but Yesung was crying and said, ‘It hasn’t been long since I came back and I really wanted to perform.’ Somehow that story turned into me getting hit a lot.”

He concluded with a joke, “How can I hit someone who’s younger than me? I’ve only met one hyung who hits people younger than them – Kang Ho Dong.”