Girls’ Generation’s Sooyoung will be holding her first solo fan meeting on February 10!

In celebration of her birthday, Sooyoung will be holding her solo fan meeting titled “Sooyoung Photo Studio” at the Sungsu Art Hall in Sungdong District, Seoul on February 10 at 5 p.m. KST.

The fan meeting is Sooyoung’s first solo meeting since her debut. Her fans have shown how excited they are for the event, and tickets sold out within 20 seconds after they went on sale on January 26.

Sooyoung has reportedly prepared a meeting exclusively centered around herself and her fans to pay them back for the immense love they have given her over the years. The singer and actress is enthusiastically taking part in the preparations, including coming up with ideas for the meeting herself.

Although Sooyoung has plenty of experience with fan meetings, she is said to be nervous and excited at the same time for the event because this is her first fan meeting by herself. The actress has also hinted that she will be showcasing sides to her that have never been seen before during the event. 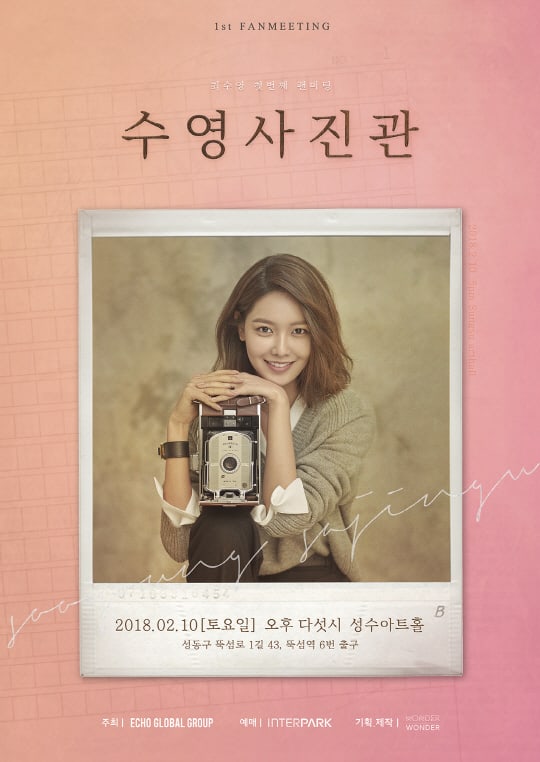