Girls’ Generation’s Taeyeon is set to grace the cover of Nylon’s March issue and she opened up about traveling and hoping to shed her homebody image.

Taeyeon’s birthday is coming up in March and the photo spread and interview are like a gift to her fans. Taeyeon said she was satisfied with the concept of the photo shoot, which was full of pastels to give a fairy vibe, and said, “I was happy because it was a trendy and carefree concept.”

During her time off to relax, Taeyeon decided to travel overseas, and she has been uploading videos of her trips on her YouTube channel. When asked to pick the most memorable travel destination, Taeyeon replied, “When I traveled to Switzerland to recharge and heal, I was suddenly overcome with so many emotions. The scenery looked like it was made on a computer, and I was so moved by it.” 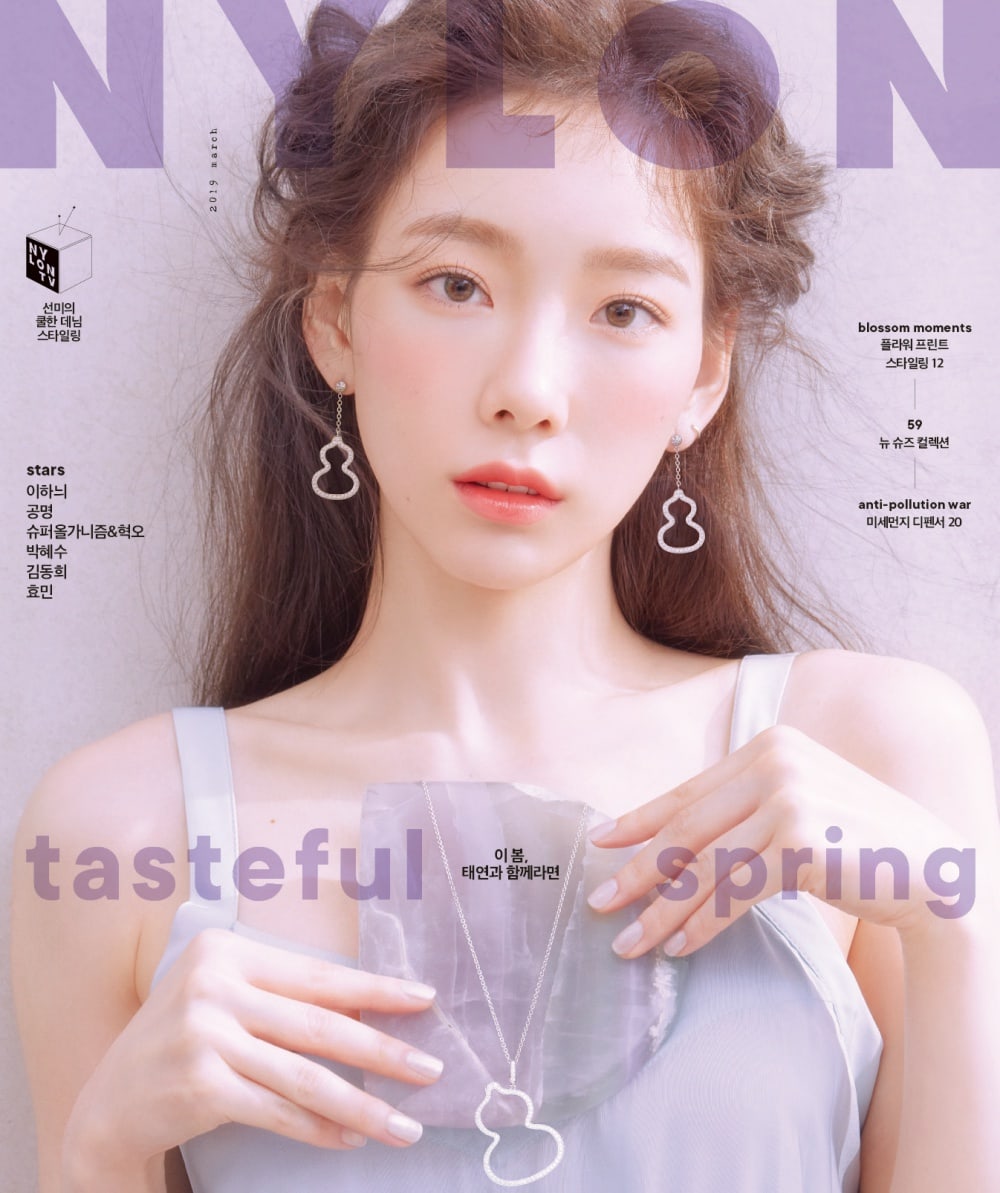 Taeyeon also shared her hopes to shed her image as a homebody. She said, “Although I’m the icon of homebodies, I’m starting to feel a desire to film myself going outside and meeting lots of people.” She stated that she wants to become even closer with her fans by showing them new sides of herself that they haven’t seen yet.

Taeyeon’s photo spread and interview will be available in the March issue of Nylon.