Girls’ Generation‘s Tiffany doesn’t beat around the bush, even when asked if she’s single.

Meanwhile, she goes to a studio, where “2 Days & 1 Night” members Defconn, Cha Tae Hyun, and Kim Jong Min offer her advice about being on a variety show.

They start off by reading her profile, and notice it says she’s a San Francisco native. Defconn asks her, “Is your speciality English?,” to which Tiffany cunningly replies that “it’s Korean” instead. 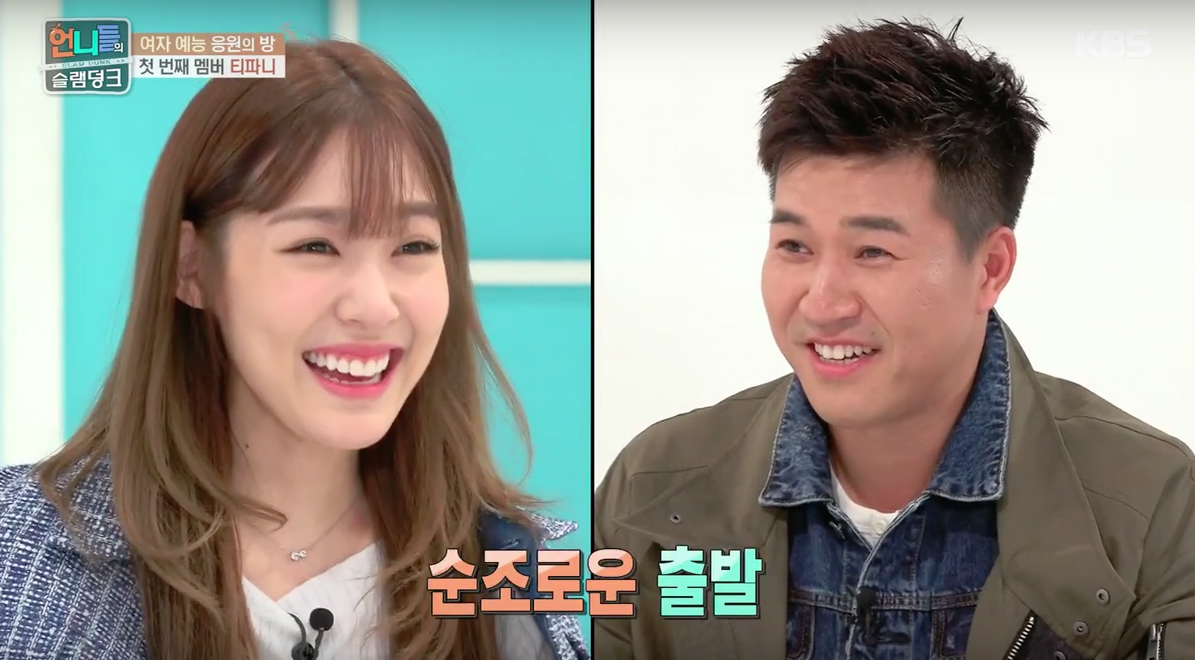 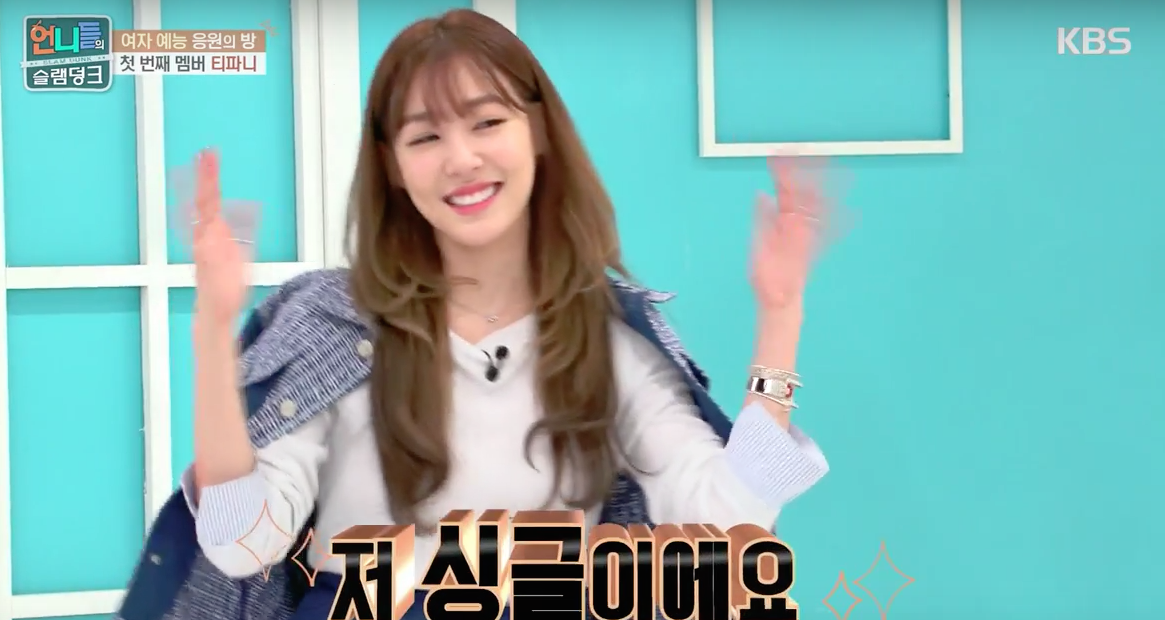 This leads to a spontaneous English conversation, where Kim Jong Min attempts to ask her questions, while Tiffany calmly responds. In broken English, he tries to ask if she has a boyfriend. She replies, “No. I’m single,” and starts singing Beyonce‘s “Single Ladies.”

Charmed by her response, Defconn remarks, “She has a lot of mirth. Why did you come to ‘Sister’s Slam Dunk?’ ‘2 Days & 1 Night’ is currently looking for a new member,” suggesting she should have come to their show instead. Tiffany happily comments, “Oh really?” and jokingly asks them to contact her.

“Sister’s Slam Dunk” gives the members of the show an opportunity to chase dreams they had to set aside, or never got the chance to pursue when they were younger.