On the May 29 episode of JTBC’s “Talk To You 2,” Girls’ Generation’s Yuri shared what she has been doing lately.

During the show, Yuri expressed she had always wanted to write on the show’s trademark signature sketchbook and wrote the word “break” on there. She explained the meaning behind the word, saying, “These days, I’m taking some moments of rest here and there in order to take the time to breathe.”

Yuri also showed a photo she had taken herself in Jeju Island and commented, “The chair and reed in the picture looked just like me.” 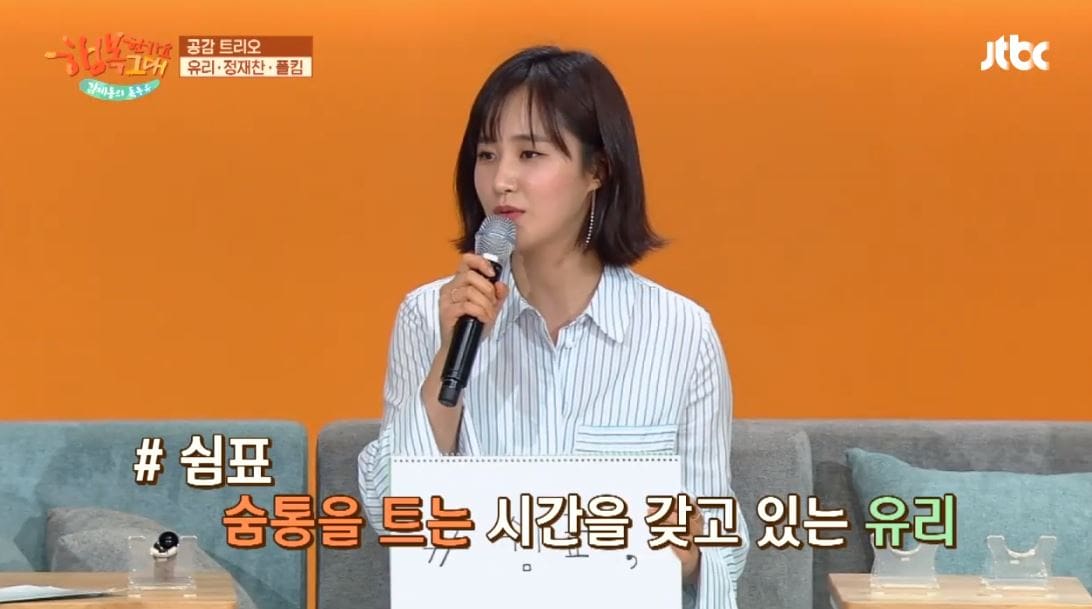 On another note, Yuri will be one of the five Girls’ Generation members to travel to France for a reality program.