Girls’ Generation’s Yuri looked back at the time when she hurt her ankle on JTBC’s “Kim Jae Dong’s Talk To You 2.”

On September 18, Korean national soccer team player Kim Jin Soo talked about how he was unable to play at the World Cup twice.

After hearing his story, Yuri said, “This happened to me too. I think this was exactly a year ago. Since I practiced dancing in heels a lot since I was in middle or high school, [the doctors] said that the ligament in my ankle couldn’t endure anymore right before the release of my group’s meaningful, important 10th-anniversary album.”

Looking back, Yuri reflected, “Since I do something that I like as a career, I think that I may have thought more about my job more than my body and suppressed more things. I’ve now completed rehabilitation and got a check-up. They said that my body competency has gotten a lot better than before. After that time passed, it felt like I was being told to think about myself and it was as if I had been given the time to take better care of myself.”

She told the soccer player, “It’s probably really difficult for you right now, but I hope you’ll have strength.” 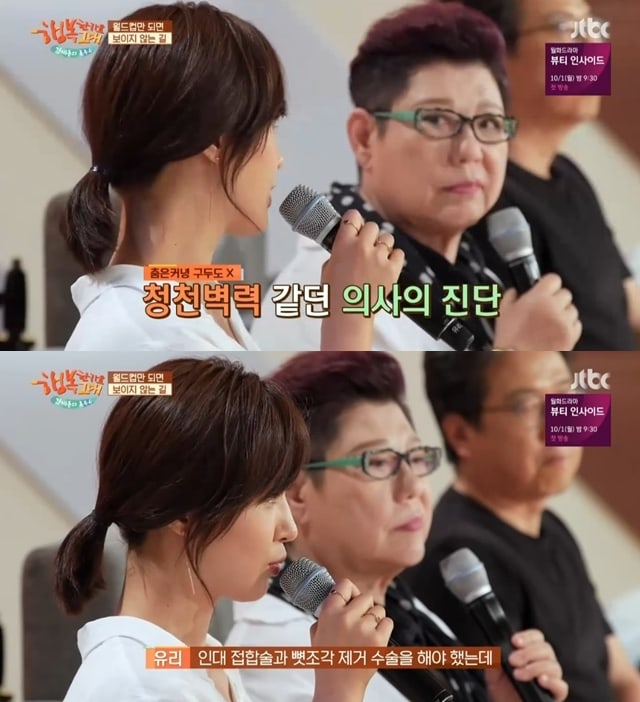