“Haechi” is a historical drama that tells the story of Prince Yeoning (Jung Il Woo), a prince who cannot become the king due to his lowly birth, Yeo Ji (Go Ara), a female investigator at the Office of the Inspector General, and Park Moon Soo (Kwon Yool), an inspector at the same office. The three build alliances to make Prince Yeoning the king against the evil force of Min Jin Heon (Lee Kyung Young).

In the released stills, Go Ara immediately grabs the attention of viewers with her confident gaze and stern facial expression despite the hundreds of swords pointing at her. 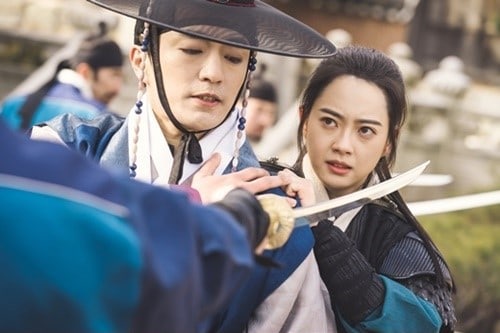 Next to Go Ara is Jung Moon Sung, who plays the role of Prince Yi Tan. He is the enemy of Prince Yeoning as he also aspires to become the next king. Go Ara and Jung Moon Sung draw swords at each other’s throats, and viewers are curious to find out what will lead to this confrontation. 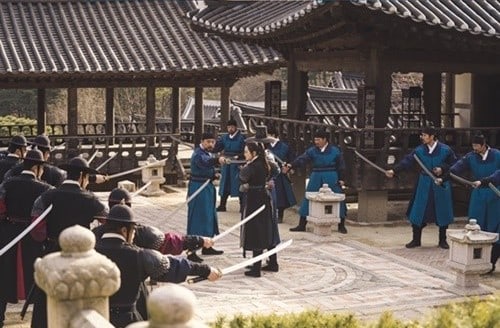 A source from the production staff of “Haechi” said, “This particular scene features Go Ara maintaining her dignity as an investigator at the Office of the Inspector General despite the dangerous situation she’s in. We will present a historical drama that no one has seen before with a fresh topic that is the Office of the Inspector General. Please look forward to seeing Go Ara not holding back on showcasing her passionate acting.”

“Haechi” will premiere on February 11 at 10 p.m. KST, and it will also be available on Viki.

Check out the trailer for “Haechi” here: