JTBC’s “Miss Hammurabi” has released behind-the-scenes photos of its cast.

On May 25, the drama showed how hard the actors are working on studying their scripts in between takes.

“Miss Hammurabi” explores ordinary legal cases and three judges with different personalities. The drama premiered on May 21 to promising viewership ratings of 3.7 percent for its first episode and 5.2 percent for its second episode.

Go Ara looks like a test-taker preparing for an exam and studiously looks over the script. L reads and rereads the script that is full of handwritten notes. Sung Dong Il also doesn’t take his eyes away from the script in order to avoid overlooking any details.

Ryu Deok Hwan put his on-screen playfulness aside to review the script while Lee Elijah flashes a smile as she reads over her lines. 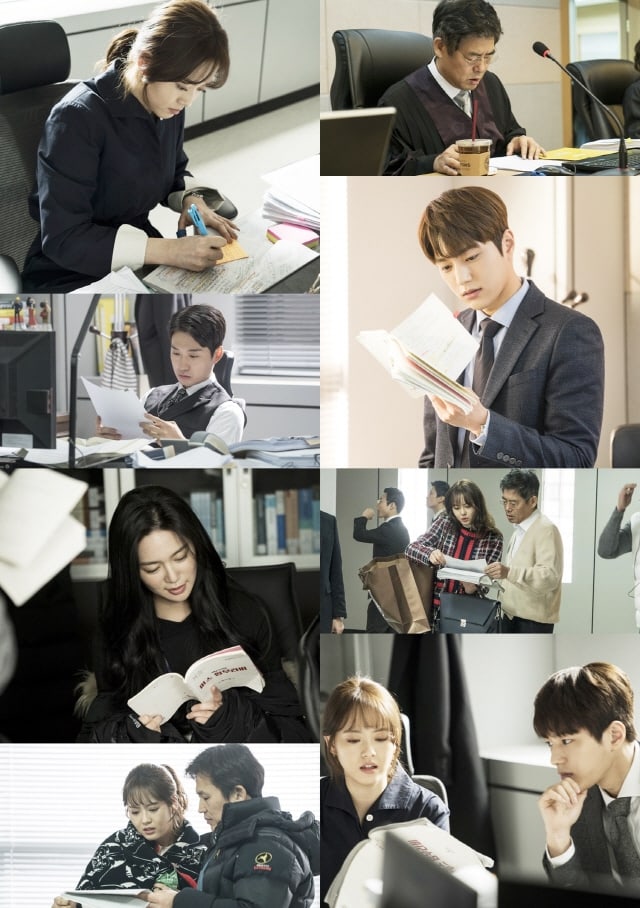 The actors also exhibit their teamwork as they get together to share their thoughts during breaks. Go Ara meticulously checks the script and explains it to L who intently listens to the words of his co-star.

Sung Dong Il and Go Ara’s scene together created the highest viewership ratings moment during the second episode, and they can be seen rehearsing together in the photo.

A source from the drama said, “‘Miss Hammurabi’ is a drama that focuses more on the people rather than the incidents. It’s not grand, but it’s a story that anyone can relate to. The actors’ efforts to achieve this are really great. They work hard to create realistic trials through endless conversations. Please look forward to the official start of events at special court No. 44.”

“Miss Hammurabi” airs on Mondays and Tuesdays at 11 p.m. KST.