Gong Minzy, who has debuted again as a solo singer, recently did a beautiful pictorial and an interview with International bnt.

She has been showing off a new, much more feminine style since deciding to become a solo singer. About this, she said, “Since 2NE1’s image was so strong, the girl crush concept just stayed naturally, but I’m more of a a girly girl on the inside. For my solo, I wanted to take off the mysterious image and approach the public more easily.” 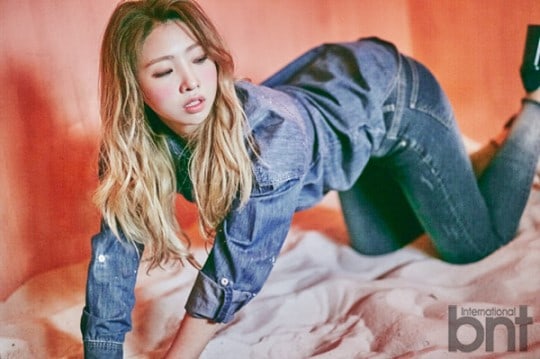 Her first variety show program since breaking away from 2NE1 was KBS’s “Sister’s Slam Dunk Season 2.” She said, “I decided to go on the show because I had trust in Kim Sook’s leadership.”

Gong Minzy then chose Hong Jin Young as the member that she gets along the best with. She said, “I tend to be the kind of person who brings up the atmosphere on the side when there’s an energetic person beside me. Doing ‘Sister’s Slam Dunk,’ I realized that reality variety shows fit me well. I’m learning from Hong Jin Young right now. Her aegyo is rubbing off on me and I’m copying her style of aegyo without even knowing it.”

She also spoke about Jeon Somi, the youngest member of the cast. She said, “Somi reminds me of myself when I was young, so I’m so proud of her. I debuted when I was 16 years old and I didn’t know about society at all. I didn’t know how to make judgments on a situation. My dream was just to go on a school trip with my friends.” 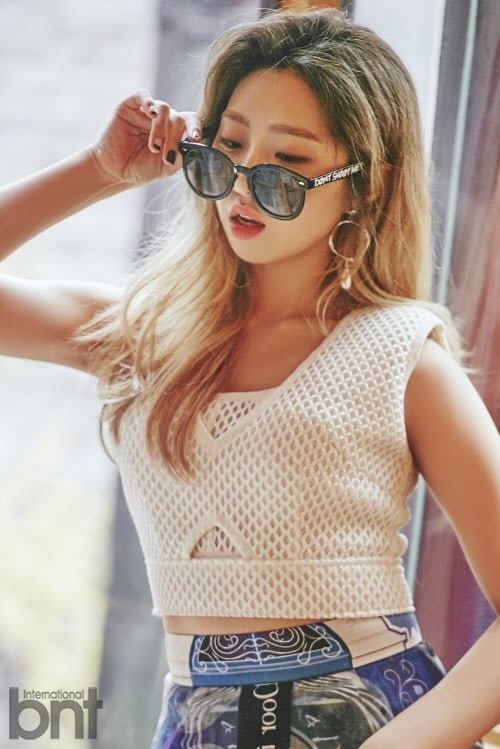 As for the most difficult moment since her debut, she chose the two-year hiatus that she was forced to take after “Come Back Home.” She said, “I really wanted to be on stage, but since the hiatus was so long, I felt like I wasn’t moving forward and was just standing still. So I went to LA and learned to dance at a dance school there.”

Meanwhile, she has recently made a comeback with “NINANO” and is actively promoting the track. 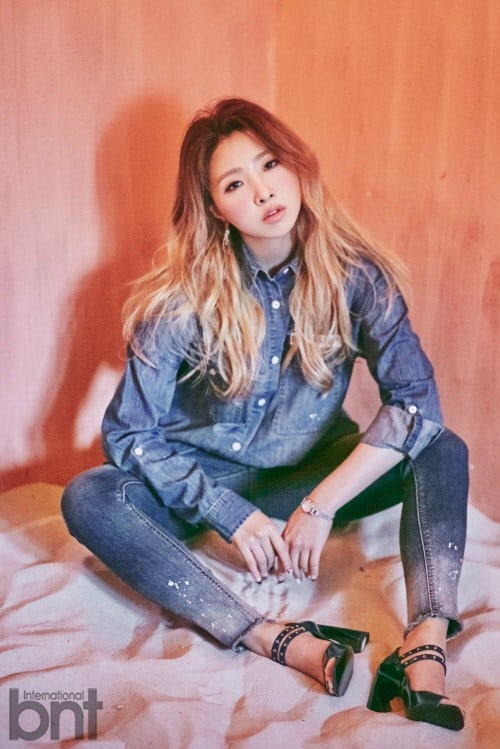