Gong Minzy will finally be making her solo debut!

Her agency revealed on April 4 that the singer would be releasing her first mini album on April 17. Their statement also reiterated that rapper Flowsik produced her title track, and will also be featuring in it as well. Gong Minzy also released a schedule, previewing upcoming plans for concept photo images, teaser videos, and more!

Gong Minzy’s mini album will include a variety of genres from dance to ballad, and has already been put in the spotlight for news of including a collaboration with Jay Park as well as a self-composition. Notably, this mini album will mark her first solo release since leaving her former group, 2NE1.

Meanwhile, Gong Minzy has also been active as a part of “Sister’s Slam Dunk Season 2.”

Check out her release schedule below! 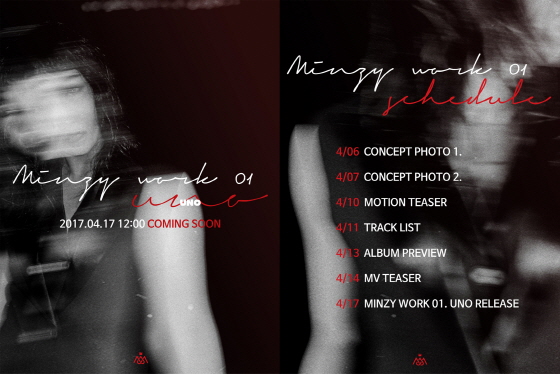