Watch: Minzy Is Ready To Slay With Dope Comeback Choreography

Fans are already incredibly excited for Gong Minzy’s impending comeback. With the release of the latest teaser, a short but incredibly sweet clip of the singer’s comeback choreo, April 17 can’t come soon enough.

Having just announced that she will be making her solo debut, Gong Minzy shared two concept photos from her upcoming album that is sure to wow fans!

On April 6, the singer posted the photos on her Instagram account with the caption, “Minzy Work 01 Uno Concept Photo.”

Fans were also treated to former 2NE1 bandmate Park Bom showing her support, liking the photos and commenting, “Oh yeah, Minzy, what an amazing body. I’m going to slowly start getting into better shape too.” 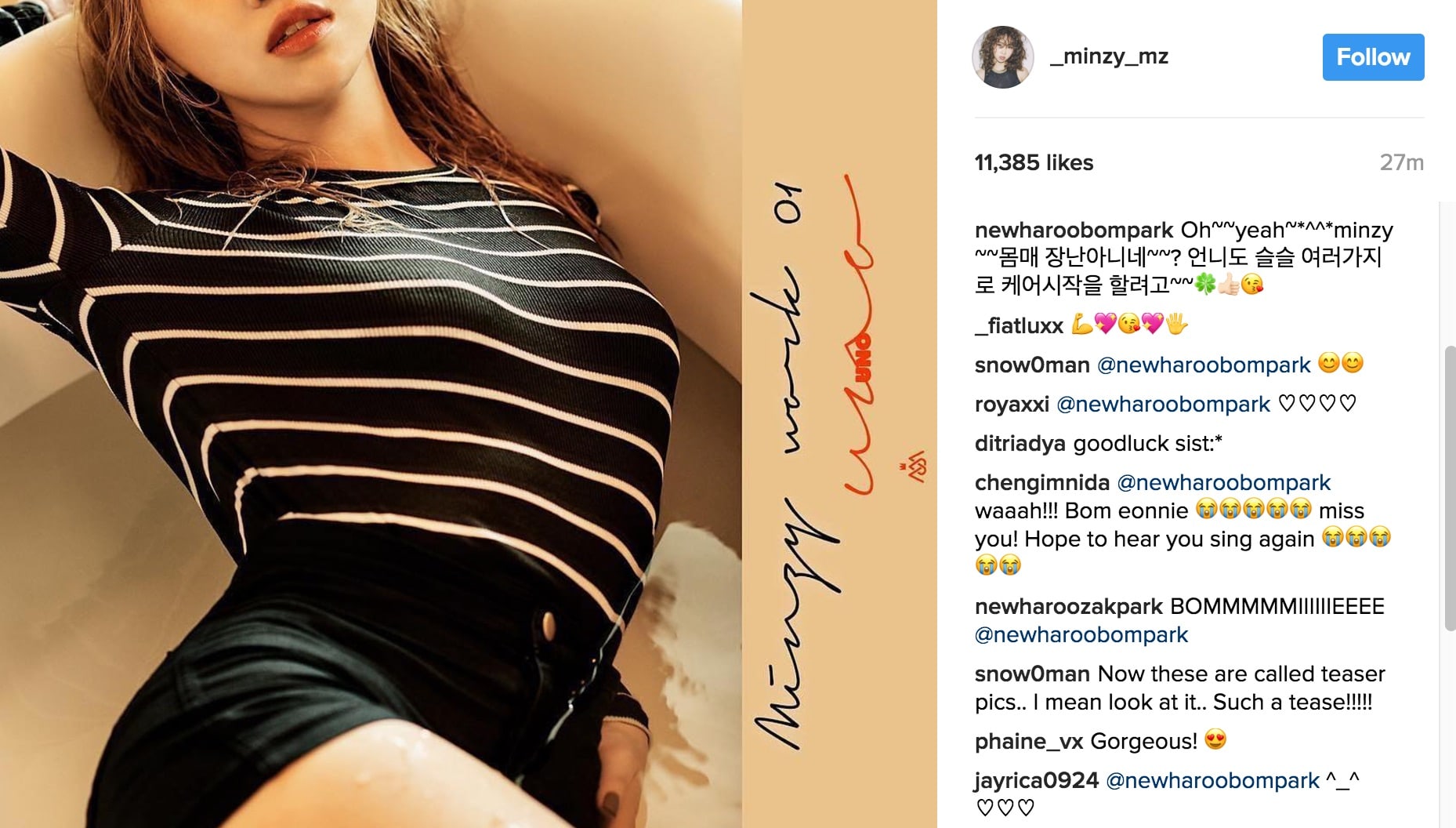 Gong Minzy is set to release her first mini album on April 17.

Are you loving these concept photos?