In a recent interview, Gong Myung had nothing but love and respect for his co-stars in the film “Extreme Job” (literal title), his friends, and his younger brother.

“My ideal type changed after meeting Honey Lee,” began the actor. “She’s versatile and smart. She’s also motherly in the way she takes care of each person. She’s a wise person who I can learn a lot from even without having a conversation with her.”

He continued, “It may seem like I’m only praising Honey Lee, but when someone asks me who my ideal type is these days, I answer ‘Honey Lee’ without any hesitation. She also knows that I like and respect her.”

When asked about his decision to appear in “Extreme Job,” Gong Myung replied, “It means a lot to have my face on the poster of a big commercial film like this. The poster is on buses and here and there in Gangnam. That’s when it felt real that I filmed a big movie.”

He explained, “The first reason why I appeared in ‘Extreme Job’ was because of director Lee Byung Heon. Any man my age probably watched his previous film ‘Twenty’ at least twice. I really wanted to appear in it when I heard that it was his new film, and I met him and told him in person multiple times.” 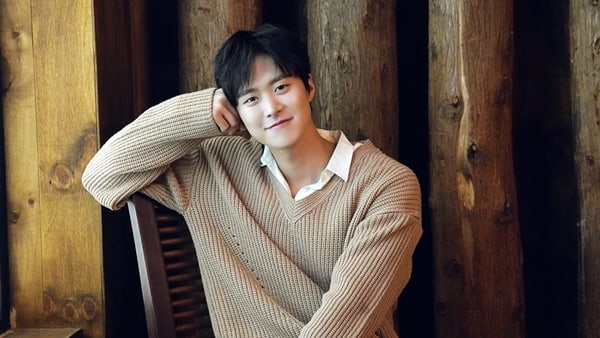 Gong Myung then shared stories from the set of “Extreme Job,” where he was adored as the youngest actor in the cast. “I received so much love that I’ve been in a joyful mood ever since last year. Even after filming ended, the actors became closer after checking on each other’s health and taking care of one another. It was to the point where I hoped that this feeling wouldn’t ever go away.”

Crediting Ryu Seung Ryong’s leadership, he continued, “There are instances where you wait alone on other sets, but it wasn’t the case for ‘Extreme Job.’ It became a natural thing for us to go to Ryu Seung Ryong and gather around while drinking tea. We got closer during the time we talked, brewing and drinking tea together.”

He added, “I could call Ryu Seung Ryong my older brother despite our big age gap because that’s how comfortably he approached me. He accepted my cuteness, and I went over his house to play with his two sons towards the end of filming. I feel grateful that I received love when I hadn’t done anything.” 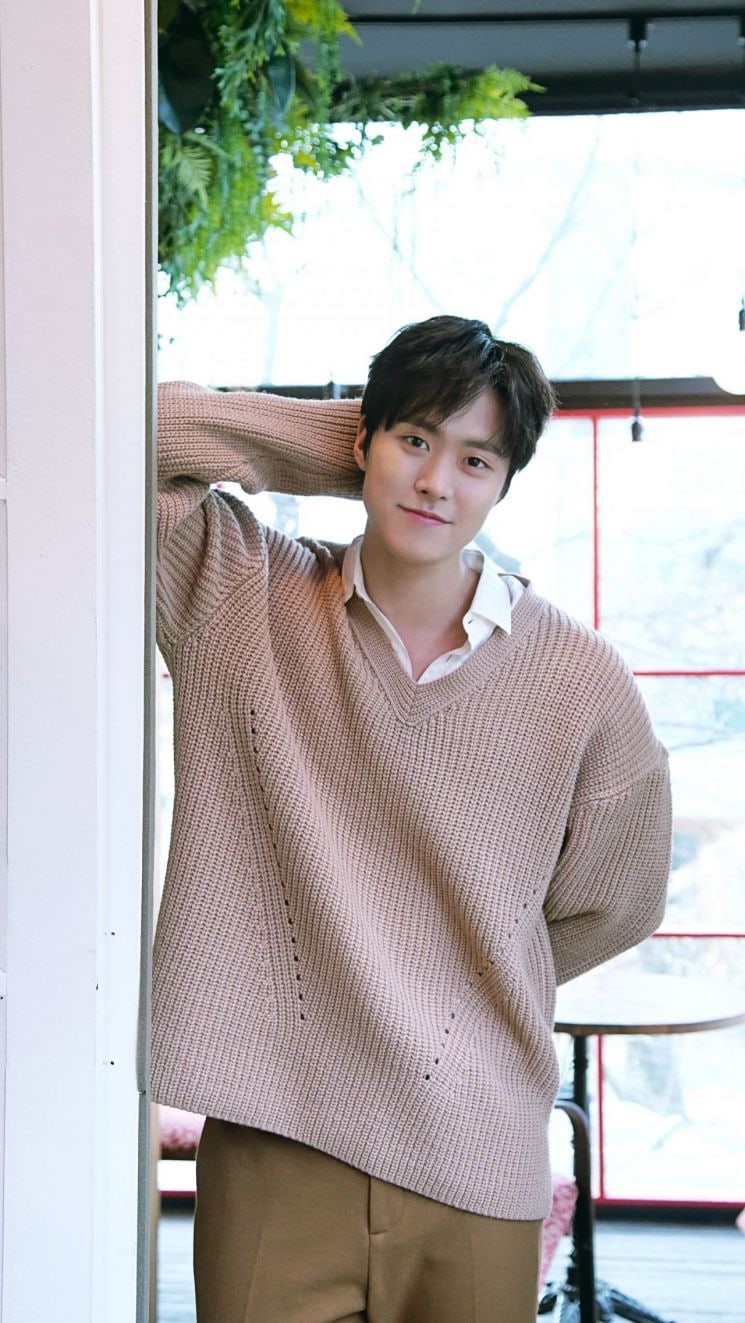 Gong Myung is a member of Fantagio’s actor group 5URPRISE, and it has now already been six years since the group’s debut. When the interviewer joked about the “seven-year jinx,” the actor burst into laughter before sharing his thoughts.

“I guess you could think about it that way,” replied the actor. “The members lived together in a dorm for four years after our debut, so we’re basically brothers who aren’t blood-related. It gives me strength that I have someone to lean on when I’m tired. We had a New Year’s party this year, and they said that ‘Extreme Job’ looked fun only after watching the trailer. They’re usually strict when it comes to evaluating acting performance, so I was really proud when they said that.”

Gong Myung waved his hands to say no when he was asked if he felt jealous about Seo Kang Joon’s early rise to fame. “I receive that question a lot,” he explained. “But that’s never happened. Seo Kang Joon is also not the type to show off that he’s successful. Although he might be tired after filming late at night, he joins us when we say we’re going to eat out and cooly takes out his card to pay for it.”

The actor concluded the interview by expressing love for his younger brother and NCT member Doyoung. He stated, “Doyoung is the type of person to do a good job on his own, so there are times when I don’t feel like a supportive brother. He has tenacity and matured quickly. I also trust him because he has many mature sides to him. He’s a younger brother who I’m really proud of. I’m happy that NCT fans also take an interest in me and my projects.”

“Extreme Job” premiered in theaters on January 23. Check out Gong Myung in his latest drama “Feel Good to Die” now!