“We Got Married” star Gong Myung is one brave guy!

On the April 29 episode of the show, the actor and his virtual wife Jung Hye Sung took on the challenge of walking through a haunted house during their trip to an amusement park. 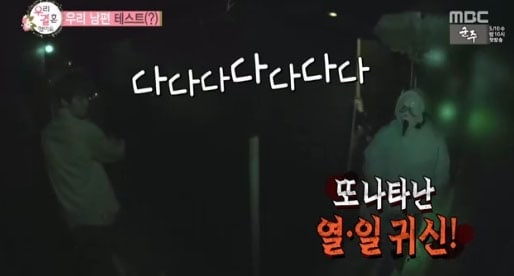 From the moment they entered, Gong Myung bravely stood in front of his wife, holding onto her hand as he protectively lead her through the haunted house. Soon enough, a terrified Jung Hye Sung asked Gong Myung to hug her from behind, before carefully tip-toeing her way through the maze. However, this only made her a perfect target for the ghosts, causing her to occasionally let out a hysterical scream despite her husband’s reassurance that everything was alright. 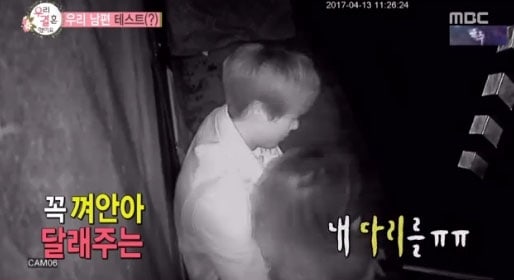 At one point, a ghost grabbed Jung Hye Sung’s ankle, causing her to burst into tears. A surprised Gong Myung threatened the ghost in response. 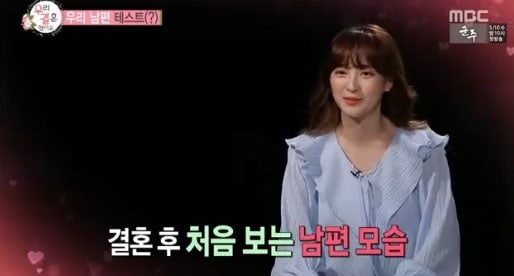 “I came to rely on him so much. I really didn’t expect it,” Jung Hye Sung later commented about their trip through the haunted house. “I felt a new emotion for the first time when he pulled me to his chest to protect me.”

Check out more of their amusement park adventure in the full episode below!