Gong Myung prepared an event for Jung Hye Sung on “We Got Married” that didn’t go according to plan, but was adorable nonetheless.

The episode of “We Got Married” that aired on April 15 followed Gong Myung and Jung Hye Sung as they held a small wedding in a field of canola flowers. After the ceremony, the couple headed to a boat and Gong Myung decided to use parasailing to surprise Jung Hye Sung. 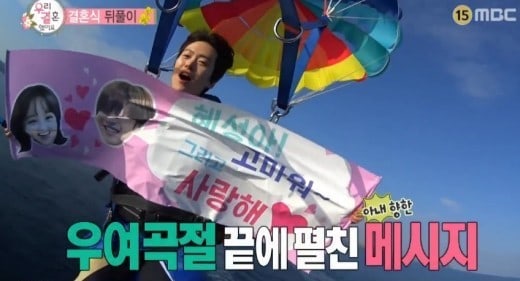 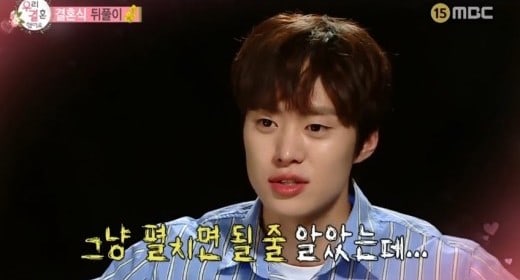 Once he got in the air, he held up a banner that read, “Hye Sung, thank you and I love you.” Unfortunately, Gong Myung hadn’t considered how hard it would be to roll out a banner with the wind against him, and he ended up creating quite a funny moment as he struggled. 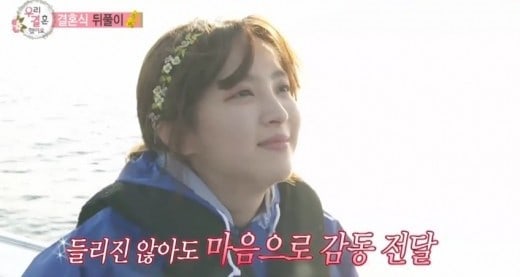 Though the event didn’t go according to plan, Jung Hye Sung was still moved by the act and said, “It’s so lovely.” Gong Myung also recorded a video message for her as he said, “I’m not always good at expressing myself, and I hope I never hurt you because of that. Let’s keep sharing a happy life together. I love you, Jung Hye Sung.”

The couple’s wedding and Gong Myung’s event can be seen in the latest episode of “We Got Married” below!