The photo shoot took place in Los Angeles, with Gong Yoo contributing personally to ideas about location and hairstyle. In an accompanying interview, he shared his thoughts about his long hiatus after the success of tvN’s “Goblin” last year. 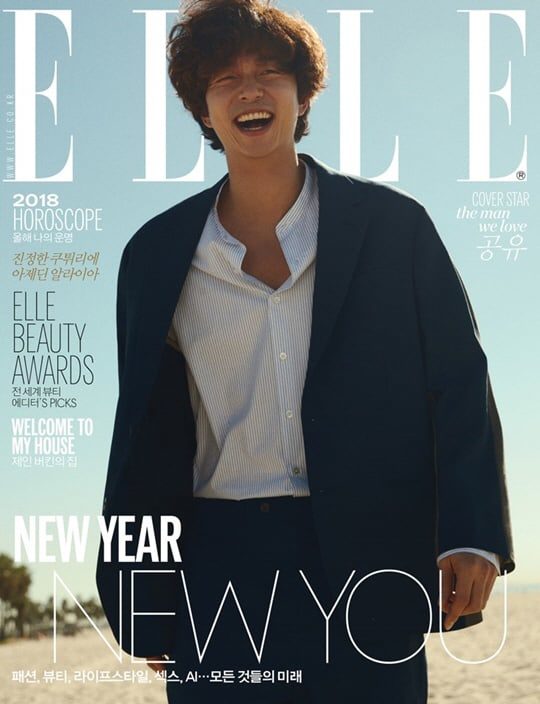 He said, “Aren’t there times when you are busy and stressed for a long time and just collapse when it’s over? Both physically and mentally, all the painful things came upon me all at once. After falling apart, holding on, and letting go, I think I’ve finally returned to who I am and had a little time to myself.”

He added, “It’s been hard but I did want to do a movie this year. However, when I was ready to do it, there weren’t any productions at hand. I’ve been thinking lately that I want to become a member of a group of like-minded people telling a new story again.”

In a fan meeting earlier this year, Gong Yoo had shared that he was planning on looking for a movie project after “Goblin” due to the long and tiring schedules of drama filming.