Goo Hye Sun Discharged From The Hospital, Responds To The Reactions About Her Hospitalization

Goo Hye Sun updated her Instagram with a post where she revealed that she was finally discharged from the hospital. She had previously revealed that she’s been hospitalized for over 3 weeks.

Although majority of the responses when she first revealed that she was hospitalized were positive, she had recently begun getting backlash for being hospitalized for so long when her procedure was fairly simple.

Many claimed she was a pathological liar, and those same negative responses continued on her latest post. 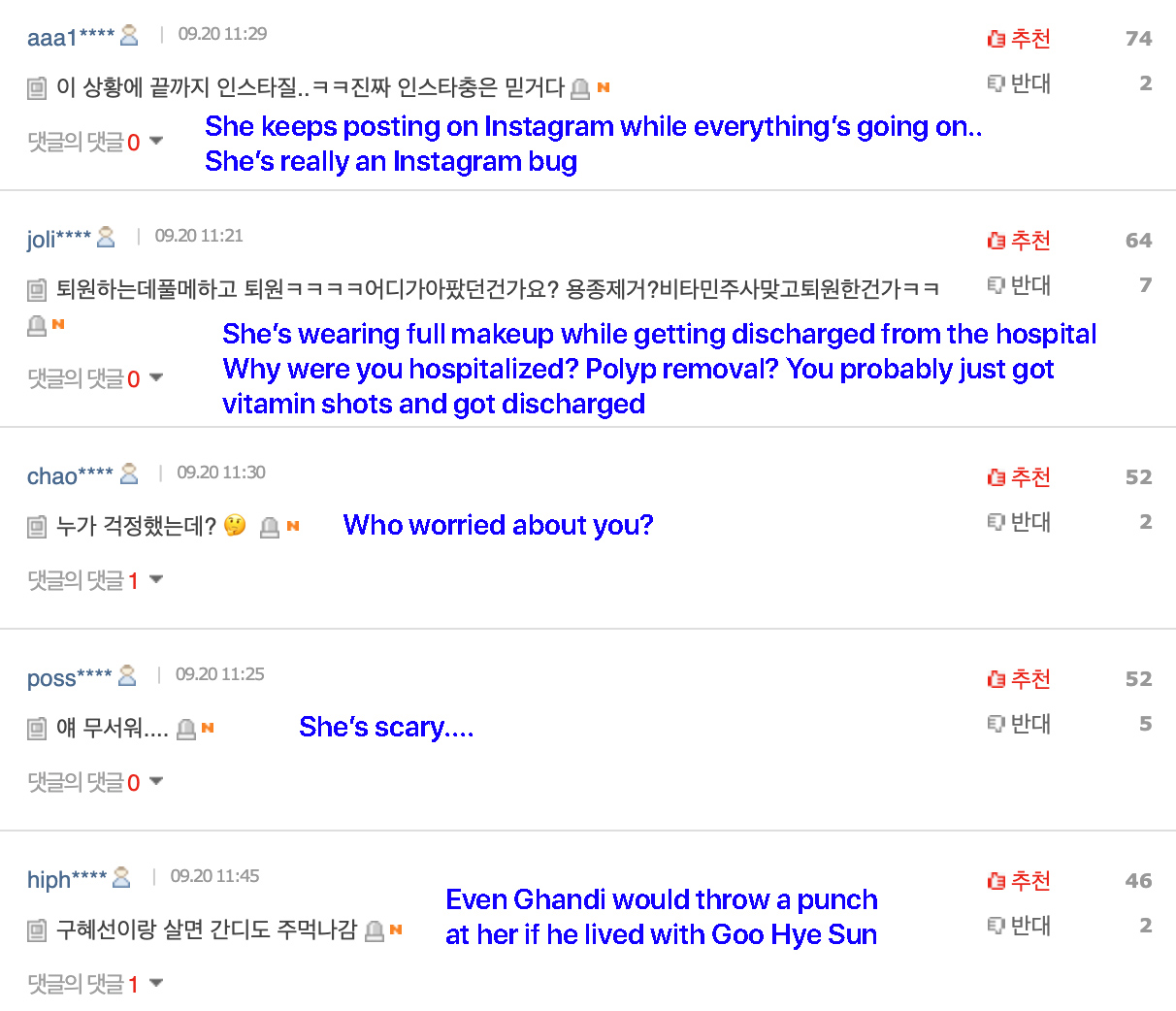 Goo Hye Sun was hospitalized in order to get a polyp removal but ended up staying for a couple of weeks. She will most likely begin promoting her new book “You Are My Pet” now that she’s feeling better. Her publisher has still yet to confirm whether she will or will not appear at the book’s promotional event.