On May 6, the final official episode of “We Got Married” aired the goodbye scenes of the current couples Lee Guk Joo and Sleepy, Gong Myung and Jung Hye Sung, as well as Choi Min Yong and Jang Do Yeon. Although this was the last regular episode, a special episode of the Choi Min Yong and Jang Dong Yeon couple is scheduled to air the following week.

Jung Hye Sung and Gong Myung delivered wedding favor gifts to the celebrity friends who sent them congratulatory messages on the day of their Jeju Island wedding ceremony. They met one on one with actress Kim Sae Ron, actor and 5urprise member Lee Tae Hwan, CNBLUE’S Lee Jong Hyun, and B1A4’s Jinyoung to give them gifts of bakery treats and craft beer the couple had made themselves.

Unable to keep from teasing a little, Jung Hye Sung and Gong Myung convinced Lee Jong Hyun and Jinyoung to perform for them before the couple handed over the gift they had prepared. Both singers fulfilled the couple’s request, and in the end Jung Hye Sung expressed that though she and Gong Myung had gone to give gifts, “Instead, it was a day I ended up feeling thankful.” 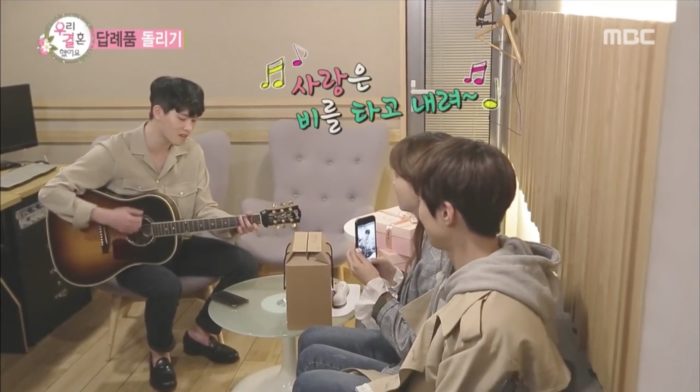 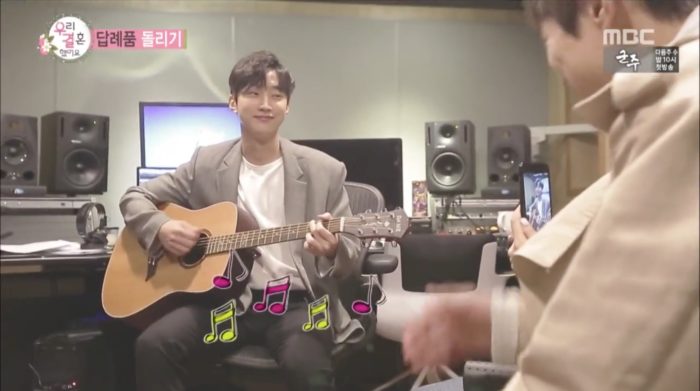 Afterward, Gong Myung and Jung Hye Sung enjoyed a romantic date on the Han River. Afloat in a small, round leisure boat, the couple watched the movie “500 Days of Summer” together. As it was their last time filming together, the two were more loving and affectionate with each other, and they reflected on how their meeting and interactions really seemed fated. 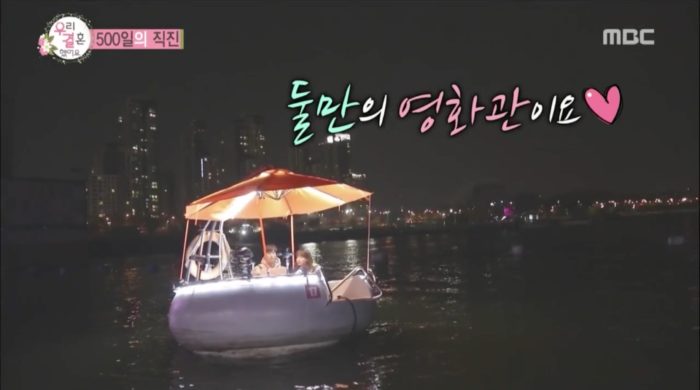 Sleepy and Lee Guk Joo continued their honeymoon in Japan with a train trip to a quaint village in the countryside. Sleepy planned this trip full of romance and character just for Lee Guk Joo, and he succeeded in creating an experience she truly enjoyed. 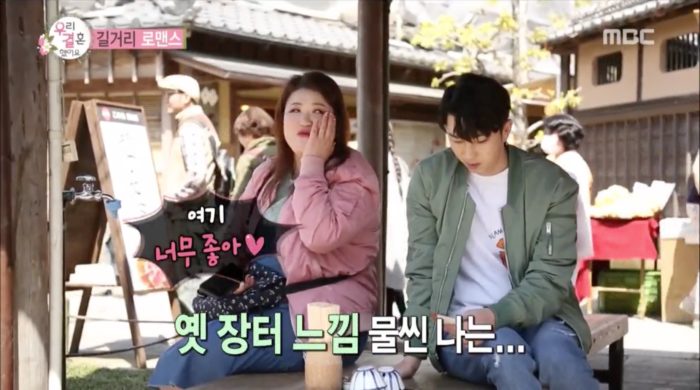 The two started their sightseeing by snacking on all of the delicious food they spotted around them. Afterward, they created memories together doing different activities, such as picking small figurines of their Chinese zodiac sign to discover their fortunes for the year and a shooting gallery game where the couple used their teamwork to win many snacks. 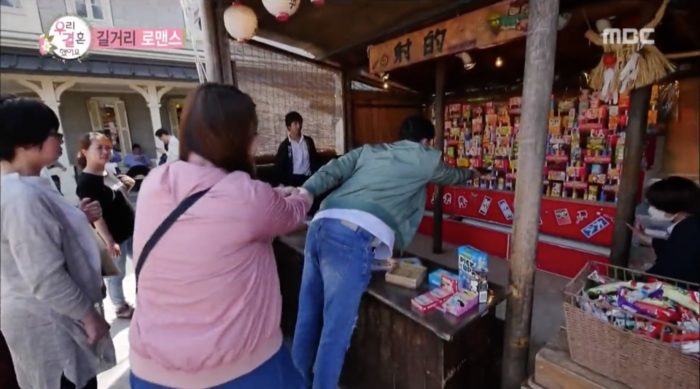 During her interview, Lee Guk Joo expressed her joy and thankfulness about the trip as she said of Sleepy, “Either it was a good time because we have the same tastes in activities, or [Sleepy] was just being really considerate of my interests.” At the end of the trip, Sleepy and Lee Guk Joo wrote heartfelt messages on postcards, which they then mailed to each other to receive in Korea. 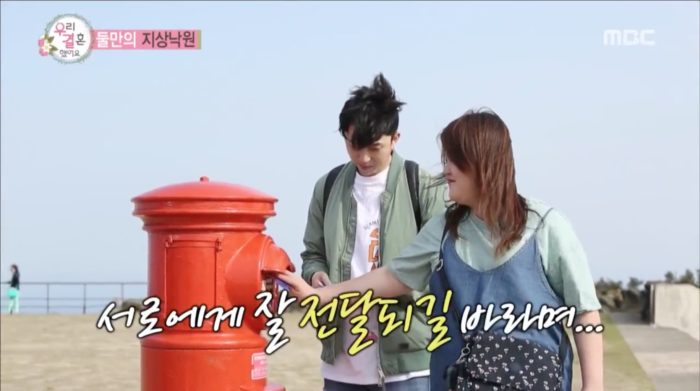 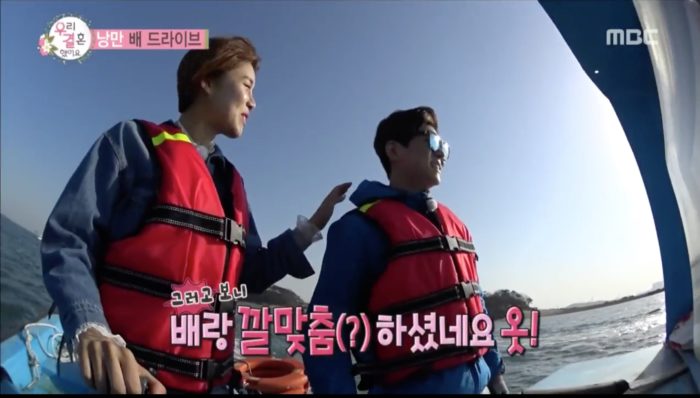 The couple was all smiles during their date on the water and truly appeared to enjoy each other’s company. Choi Min Yong gave Jang Do Yeon a steering lesson, and she shared in her interview how much she appreciated him giving her a new experience. At one point, Choi Min Yong caught Jang Do Yeon as she lost her balance on the rocking boat. He playfully turned the moment into an opportunity to dance with her out of the blue, causing her to break out into laughter. 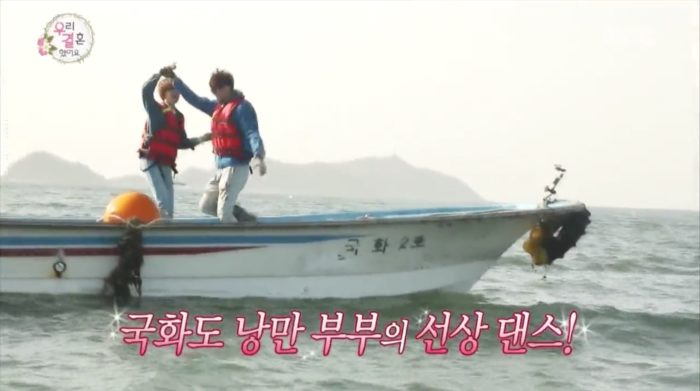 Although the couple was unable to catch any fish while out on the water, Choi Min Yong prepared a special sushi platter for Jang Do Yeon—taking special care with the presentation of the meal. 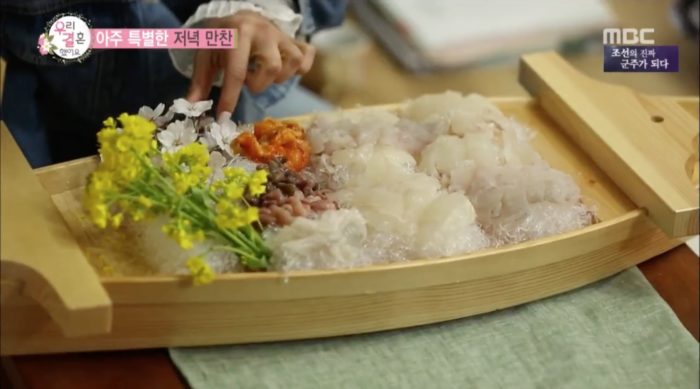 “We Got Married” first started with season one in 2008 and remained on air for the next 10 years. With its unique concept of a virtual marriage, the show quickly gained popularity, and at times even attracted controversy. Staying on air for a decade, however, means it was a show that received a lot of love, making it all the more bittersweet to witness the end of this season and the show’s subsequent break. It is reported, however, that the show will eventually return with a new season.

Catch the final episode of the fourth season of “We Got Married” on Viki below!