GOT7 To Hold Mnet Comeback Show For Upcoming Album “Present : YOU”

GOT7 is the next artist to have a comeback show on Mnet!

On September 10, Mnet confirmed that the group will be holding the “GOT7 Comeback Show” following the release of their upcoming album “Present : YOU.”

They will perform their new title track “Lullaby” for the first time and also share new performances of their past songs. 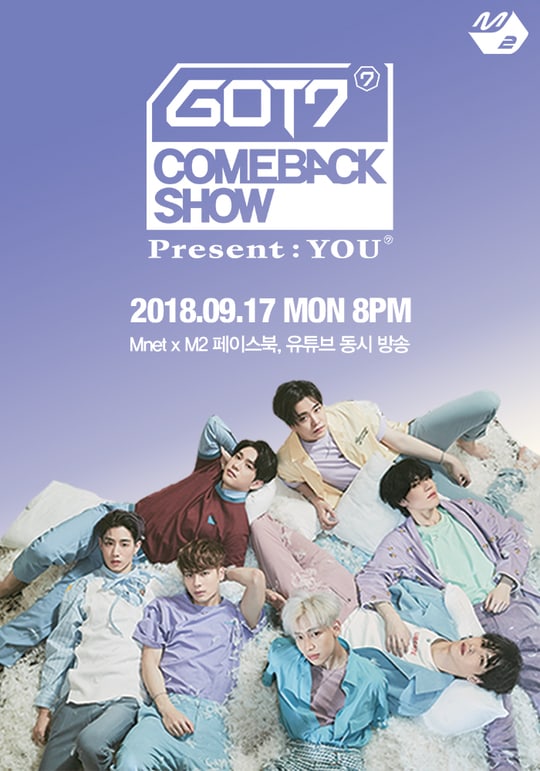 Mnet commented, “The ‘GOT7 Comeback Show’ is a broadcast that will be like a gift prepared by GOT7 for fans. The broadcast is filled with special stages that you won’t want to miss a moment of, so please tune in.”

Following BTS and Wanna One, GOT7 is the third group to have an exclusive comeback show on Mnet.

The “GOT7 Comeback Show” will air on September 17 at 8 p.m. KST following the album release at 6 p.m. It will be broadcast via Mnet on television, Facebook, and YouTube.