In a recent interview, f(x)‘s Amber Liu was challenged to call her friend GOT7‘s Jackson Wang to request he send her money.

At first, Jackson didn’t answer her call to her relief since she didn’t want to ask to borrow money. She left a voice message, saying, “I was shooting something. You don’t need to call back.” However, a few minutes later, he returned, much to Amber’s dismay. 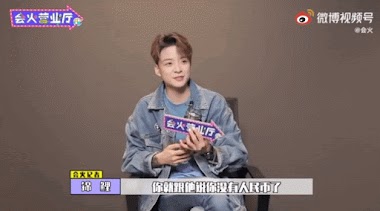 The interviewers gave her a backstory for her to explain to Jackson why she needed money. Since she was in China for work, she ran out of Chinese currency. He asked what she needed it for. She replied simply that she needed some money to spend for food and bills, which he approved.

Amber then proposed the reason for the large sum of money was to feed her boba addiction, but Jackson wasn’t buying it! She explained that each boba pearl was handmade, and it also came with a gold cup and straw. 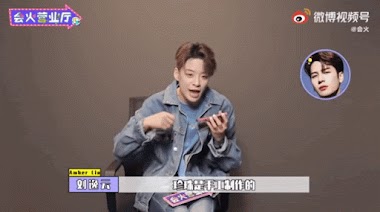 Jackson felt his friend was being scammed and tried to talk her out of it whether she was kidnapped or not. After some convincing, he finally gave in when she told him that she would be able to keep the golden straw and cup. There was just one condition… Amber had to send him the boba tea company’s information so that he could sue them.

I LITERALLY WOULD TRUST JACKSON WITH MY LIFE! #kpop #kpopfan #jacksonwang #jackson #got7 #amber #bts #jungkook

Even after finding out that it was just a prank, Jackson still agreed to send his friend at least $100 USD!

Check out the full video clip below: