GOT7’s Jackson Wang Explains The Story Behind How He Came To Have “Mr. Pink Chair”

During a live broadcast on Instagram, Jackson spoke with music video director James Mao (professionally known as mamesjao). During their conversation, he shared that he had been recording songs while sitting in a pink chair. He even named it Mr. Pink Chair and posted a picture along with a message of thanks for it on his Instagram Stories later.

Although everyone was in disbelief that Jackson was doing his work while sitting in a kid-sized chair, he confirmed in a new interview that it was true. Night host of 104.7 KISS FM, Ashley Footer interviewed Jackson to discuss his new single “LMLY” (also known as “Leave Me Loving You”). After talking about music, she asked what we were all curious about, “How is Mr. Pink Chair doing?” He revealed that not only is Mr. Pink Chair still around but Jackson was sitting on it during the interview! He explained how he came to find it.

It’s so cute. You know I’m in quarantine and the first day I got here, I brought my studio gears so I can cut songs and record songs here and it happened as soon as I walk into the room and two little pink chairs were waiting for me there, and I had to record sitting on that and it’s amazing, so cute.

While recording from a small pink chair is certainly out of one’s comfort zone, Jackson still felt grateful to have it. As he said before, it’s better than no chair.

I mean where else can you experience this, right? So I just thought, you know, hey, I want to take a photo of it and I want to thank him, you know, thank them… Actually two Mr. Pink Chair.

Jackson did confess that, after a while, his back started to hurt from working in the chair. He demonstrated, showing that he has to lean forward to record. He eventually attempted to get a different chair from the hotel, but it seems as if he has stuck with it.

The next day, I call the hotel to ask if I can have a regular chair. It’s breaking my back.

From the looks of it, it doesn’t seem like Jackson was ever able to get relief for his back. The hotel staff did, however, gift him a strawberry cake with a mini Mr. Pink Chair to congratulate him on the release of his and Rain‘s song, “Magnetic.” 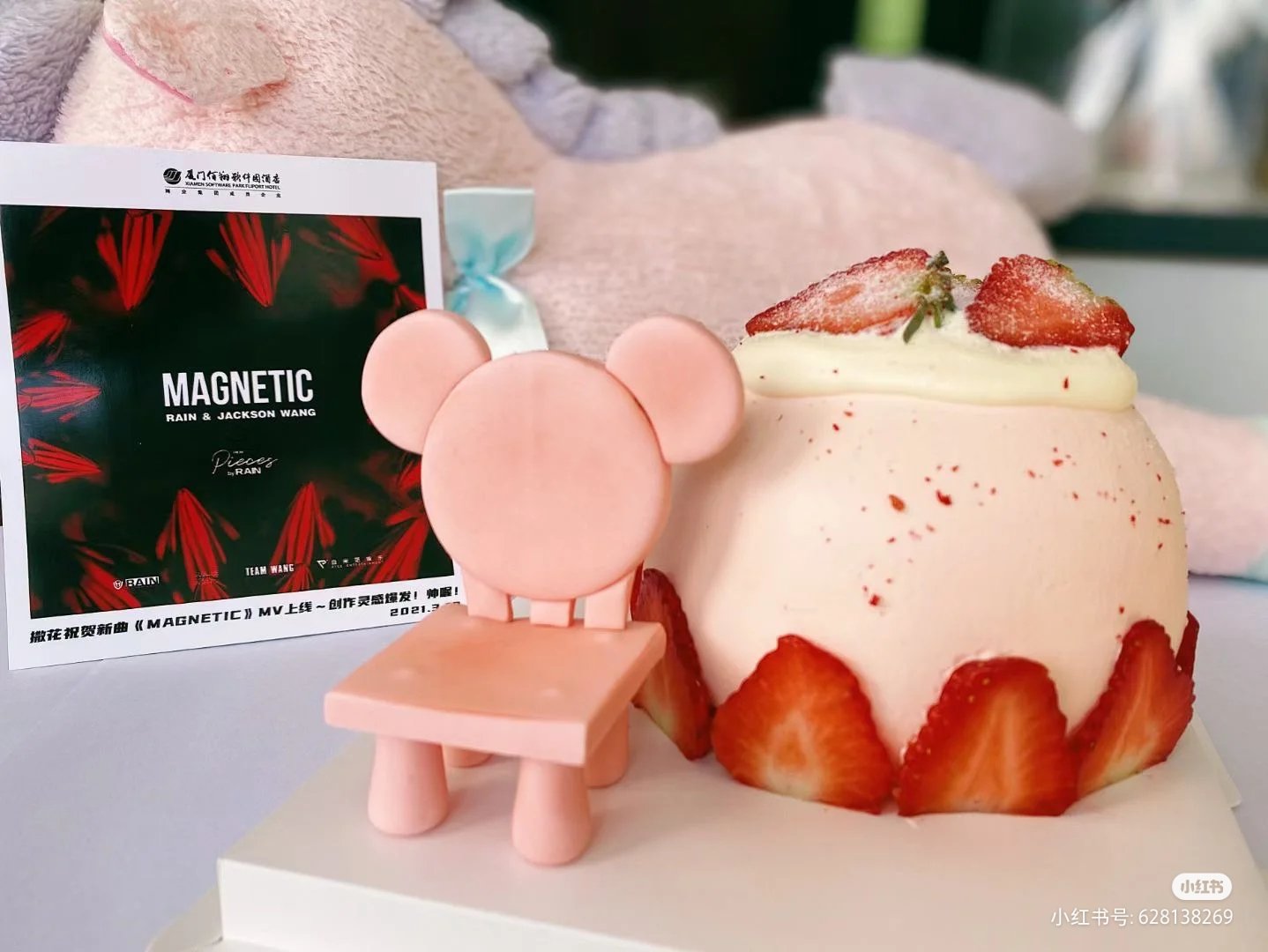 In the interview, Jackson confirmed that three of his upcoming song releases were actually recorded in the chair. He described it as a “once in a lifetime experience” because in any studio you go to, you’ll never find another Mr. Pink Chair.

Ashley suggested that TEAM WANG should start manufacturing chairs and Jackson agreed that it is a good idea. In contrast to the rest of TEAM WANG’s predominately black products, there will be pink chairs. He said, “I’ll make ten limited Mr. Pink Chair… Mr. and Mrs. Pink Chair.” We hope he’s not joking.

You can watch the full interview below: