As a huge fan of GOT7‘s Jinyoung, Jeon So Min was definitely excited to learn he would be guesting on Running Man. And when that day finally arrived, well, she transformed into the shyest fangirl around! 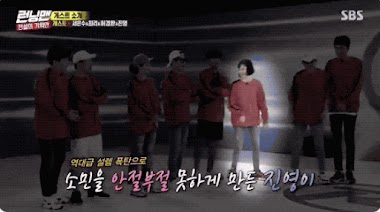 I like Jinyoung from GOT7. I became his fan! We can go on a date until I get my name tag removed.

So when Jinyoung was the guest on the recent November 17 broadcast of Running Man, let’s just say that So Min was really excited! But with all that excitement in the air, she couldn’t help feeling very shy around Jinyoung either. In fact, when he made his entrance, she shyly hid behind Song Ji Hyo! 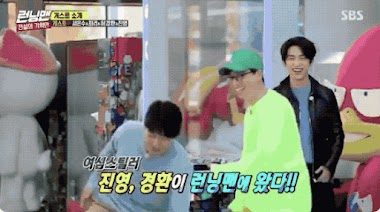 Overcome by Jinyoung’s handsomeness, Jeon So Min stayed behind Ji Hyo for quite a while before she was finally able to calm her heart enough to stand next to him…with her arms linked through Ji Hyo’s for support of course! 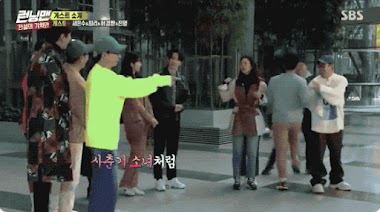 Later, So Min gathered up the courage to show off some Korean traditional dancing. And although it ended in a bit of embarrassment for So Min when her nerves at seeing Jinyoung left their mark on her shirt… 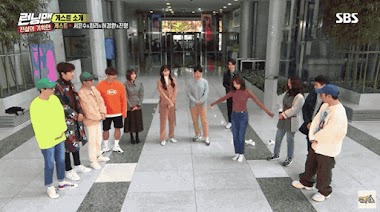 Jinyoung soon had her smiling again when he gave cheered her on and gave her two big thumbs up for her brief performance. 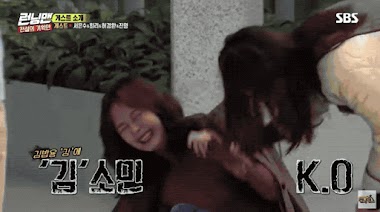 Not to mention, he also delivered a special Jeon So Min acrostic poem that had her smiling too!

Meanwhile, Ahgase everywhere are feeling Jeon So Min so hard and are loving her adorable fangirl reaction to him!

You can check out more of So Min’s adorable fangirling in the video below: