GOT7 is perhaps one of the most openly outspoken K-Pop groups in support of the LGBTQIA+ community. Their music has even been played at the Seoul Queer Festival Parade. This annual event includes a film festival and pride parade in which only artists who support LGBT+ are included. 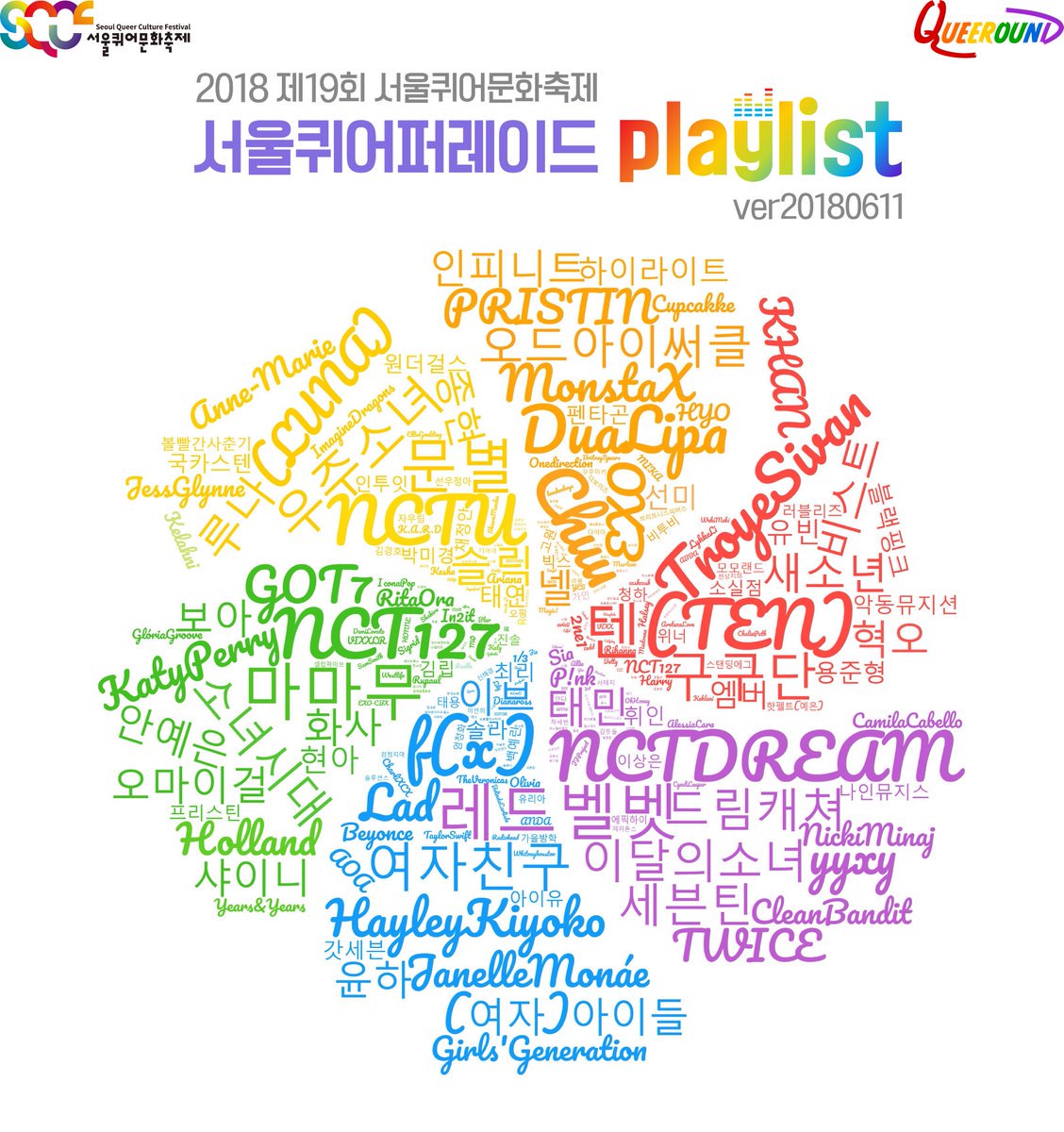 Here are 20+ times GOT7 proved themselves to be LGBTQIA+ allies…

1. When Jay B recommended LGBT-themed movies

He watched Bohemian Rhapsody and Call Me By Your Name, which both focus on gay characters, and bought their soundtracks. 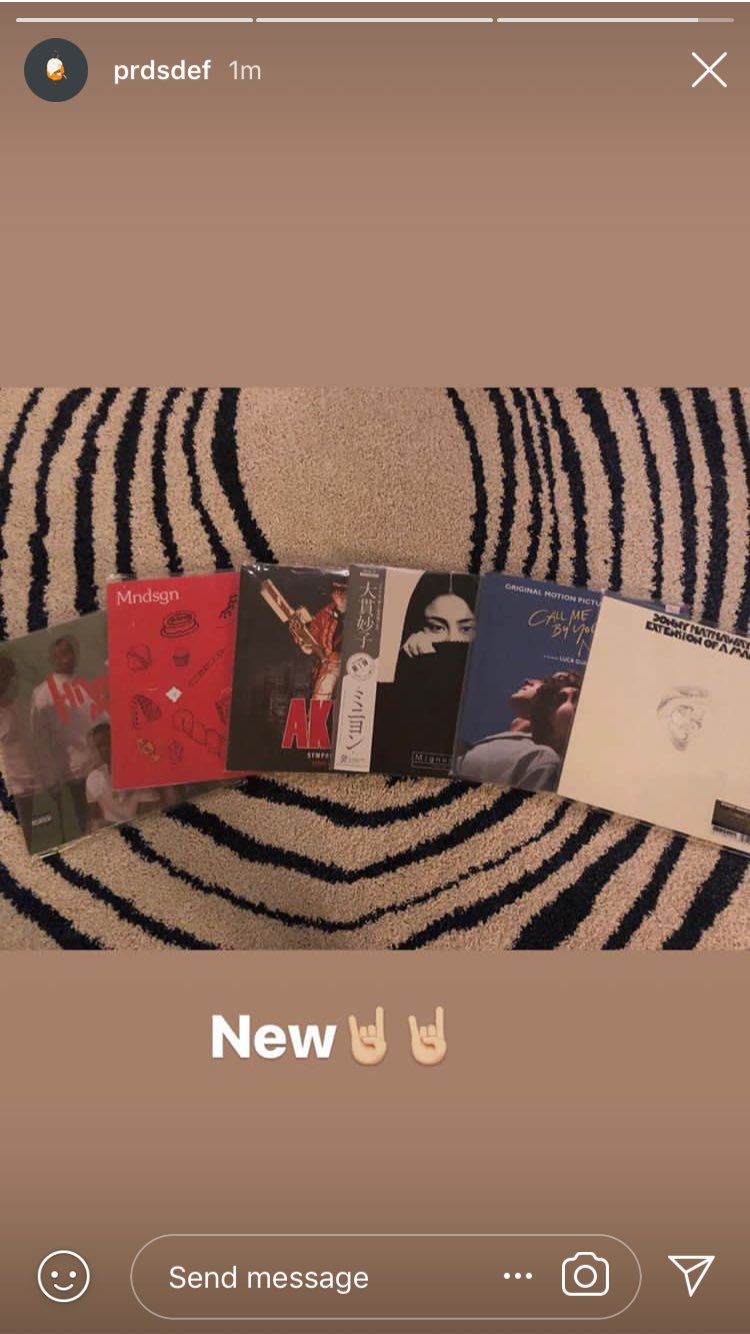 2. When Jackson accepted an Ahgase’s pride flag at one of GOT7’s concerts

3. Their friendship with Tony Hong

Jay B and Jackson have gone to dinner with Tony Hong, who is one of the few openly gay entertainers in South Korea.

Jackson has a great friendship with him especially. Even during their rookie years, they were proud of their friendship, unafraid of how their growing fanbase might perceive them. 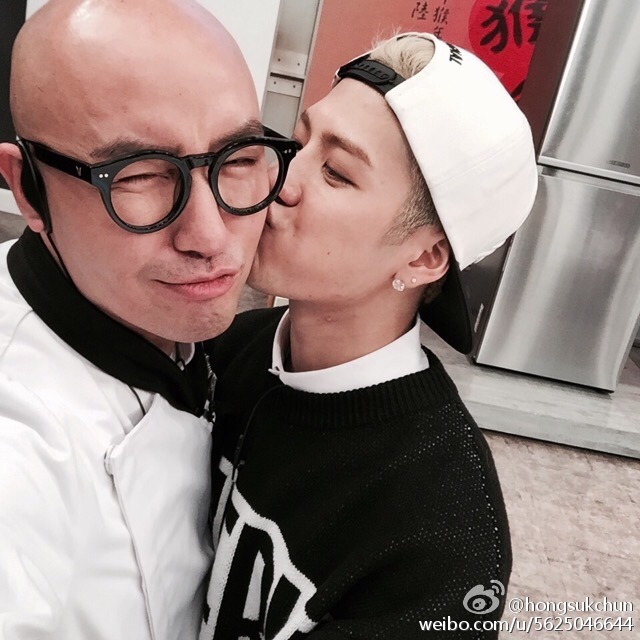 4. When Jay B supported queer music artists on Instagram

Jay B has posted his support for singer-songwriter MRSHLL. He is the first openly gay Kpop artist, even before Holland, as he came out in an interview in 2015.

Jay B also appeared to be a fan of MNEK who is also an openly gay music artist.

5. When BamBam wore a “Love Will Win” jacket at one of GOT7’s concerts 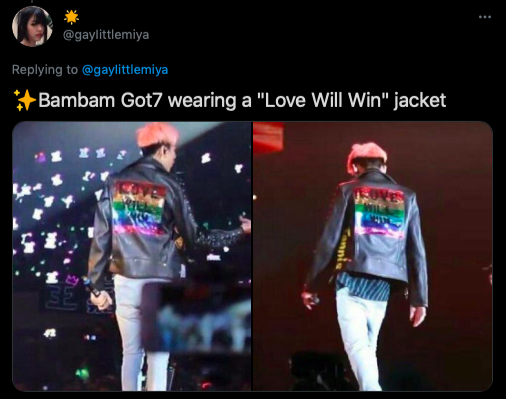 6. When GOT7 showed support for a lesbian couple at their concert

7. When Jackson said this to MONSTA X’s Joohoney… 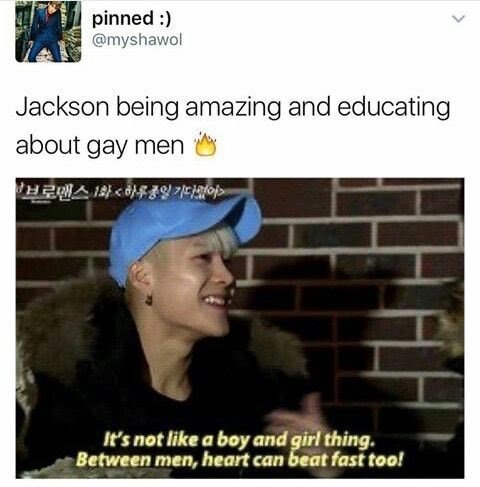 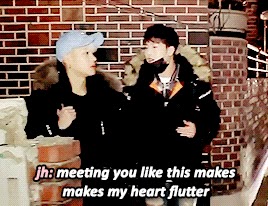 a fan placed a comment saying that he's a male fan and bambam said he's proud of him and he chose the right guy because he can be his bestie????#BamBamVliveisHere @BAMBAMxABYSS @BamBam1A pic.twitter.com/vGl7UBWdjB

A male fan told BamBam that he's so handsome and he replied he is handsome too. So cute ????#bambam #NeverEver4thWin pic.twitter.com/co7exbSMbd

When bambam greetings all the male fans and he even surprised “woooooohhh” bcs they get so many fanboys HAHA ???? #BamBam #GOT7 #GOT7inManila #GOT7KeepSpinningInMNL #GOT7WORLDTOUR pic.twitter.com/vpGoRsdIGk 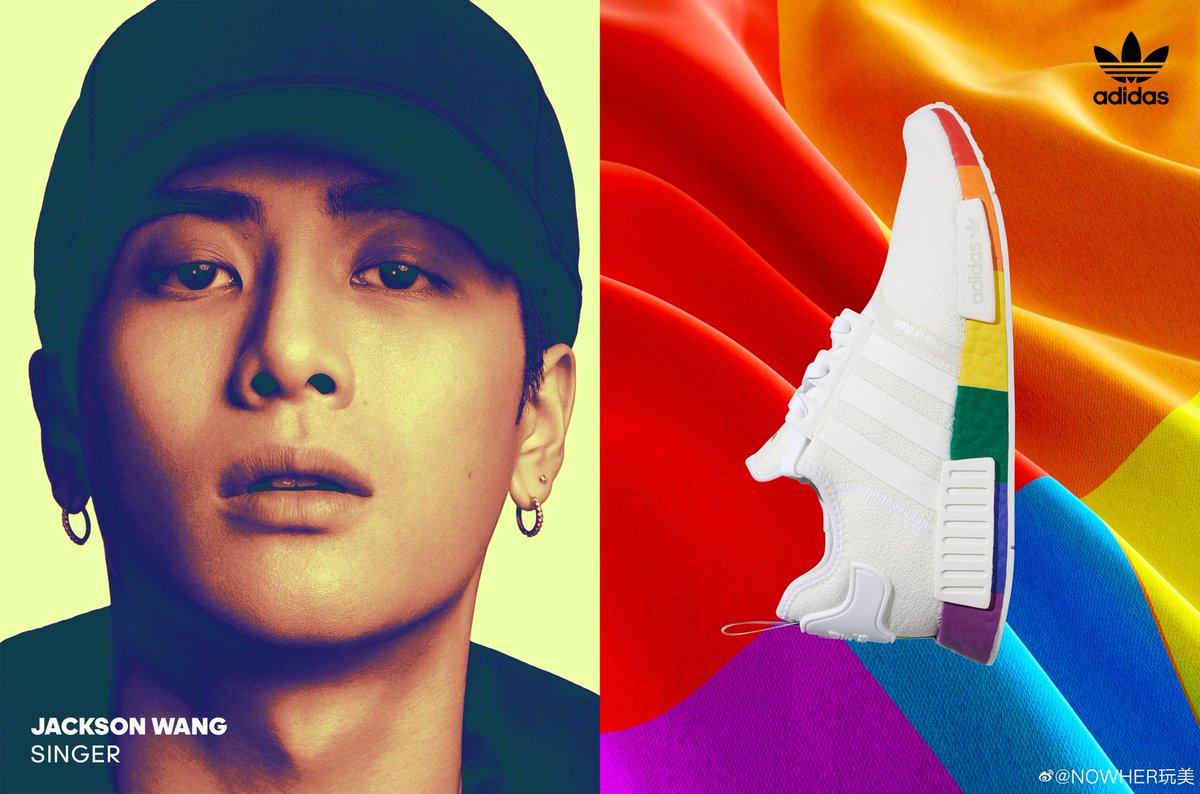 13. When Jackson unintentionally helped a male fan come out…

An Ahgase posted a blog post on Amino titled “Jackson Is Helping Me Come Out.” He explained how he realized that he liked boys in the 7th grade. Coming from a religious family and a conservative culture, he attempted to keep it a secret. When he discovered GOT7, he soon realized Jackson was his bias. After finding out that his favorite member was supportive of the LGBT+ community, he slowly became more comfortable in his own identity and ultimately come out as gay.

14. When Jinyoung read the gay novel Call Me By Your Name

15. Jackson’s comfortability with other guys 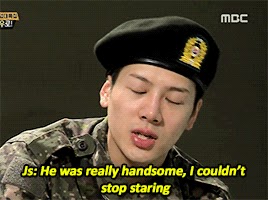 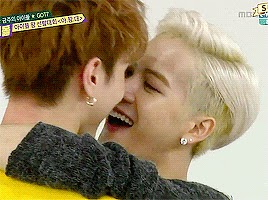 16. Jinyoung and Jay B’s support for the “Me Too” movement

They are some of the few idols to speak out in support of the “Me Too” movement. Some Koreans consider this to be a feminist movement which is not usually well accepted.

I want to applaud everyone who has courageously spoken up. I believe there is a lot of unspoken pain everywhere, not just in the cultural or entertainment circles. I hope that they will be able to shake off their pain and confidently rise up again during and after the ‘Me Too’ movement. I hope the ‘Me Too’ movement becomes a good influence that spreads throughout society in general. I want to express my support and gratitude. 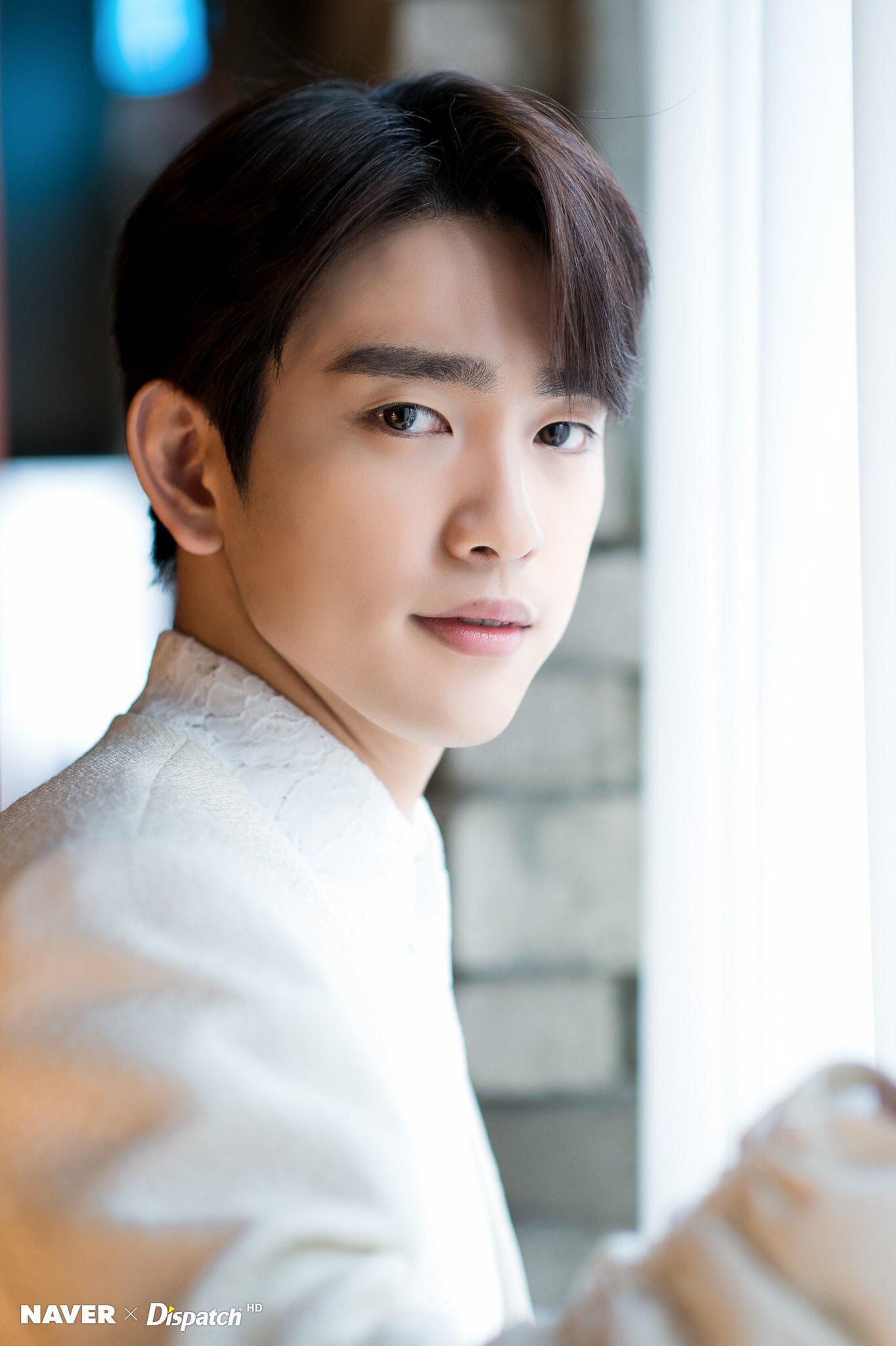 I hope that such reprehensible acts will disappear. It makes me think that I have to mature properly. I thought it would be best if I become a role model without any disgraceful aspects as time goes on and I become a senior [in the industry] myself. There are many programs within the agency. We have been receiving sex education since we were trainees. We can also receive ‘mental care.’ Park Jin Young thinks that a person’s character is the most important thing. We have always spoken about matters like this, and he also gives us a lot of advice as well. 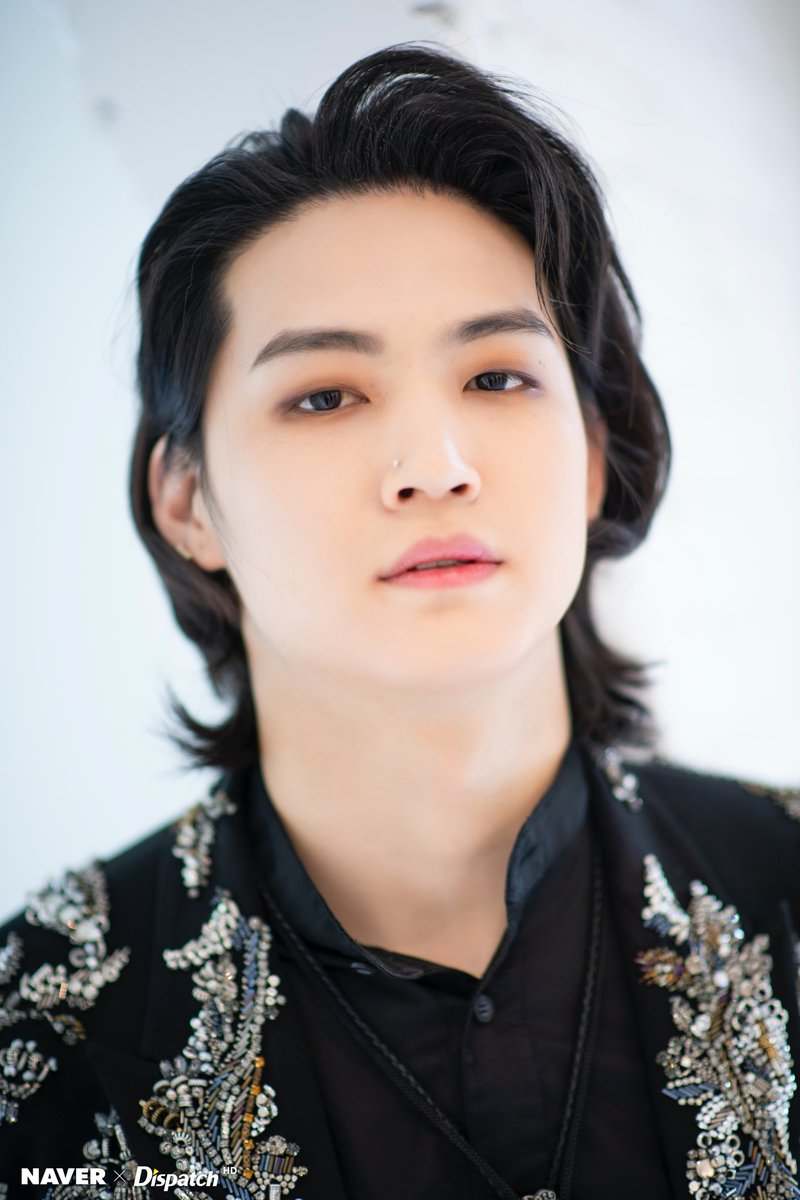 Youngjae has oftentimes been seen wearing a safety pin, which is meant to symbolize being an ally for any minority group, including LGBTQIA+. 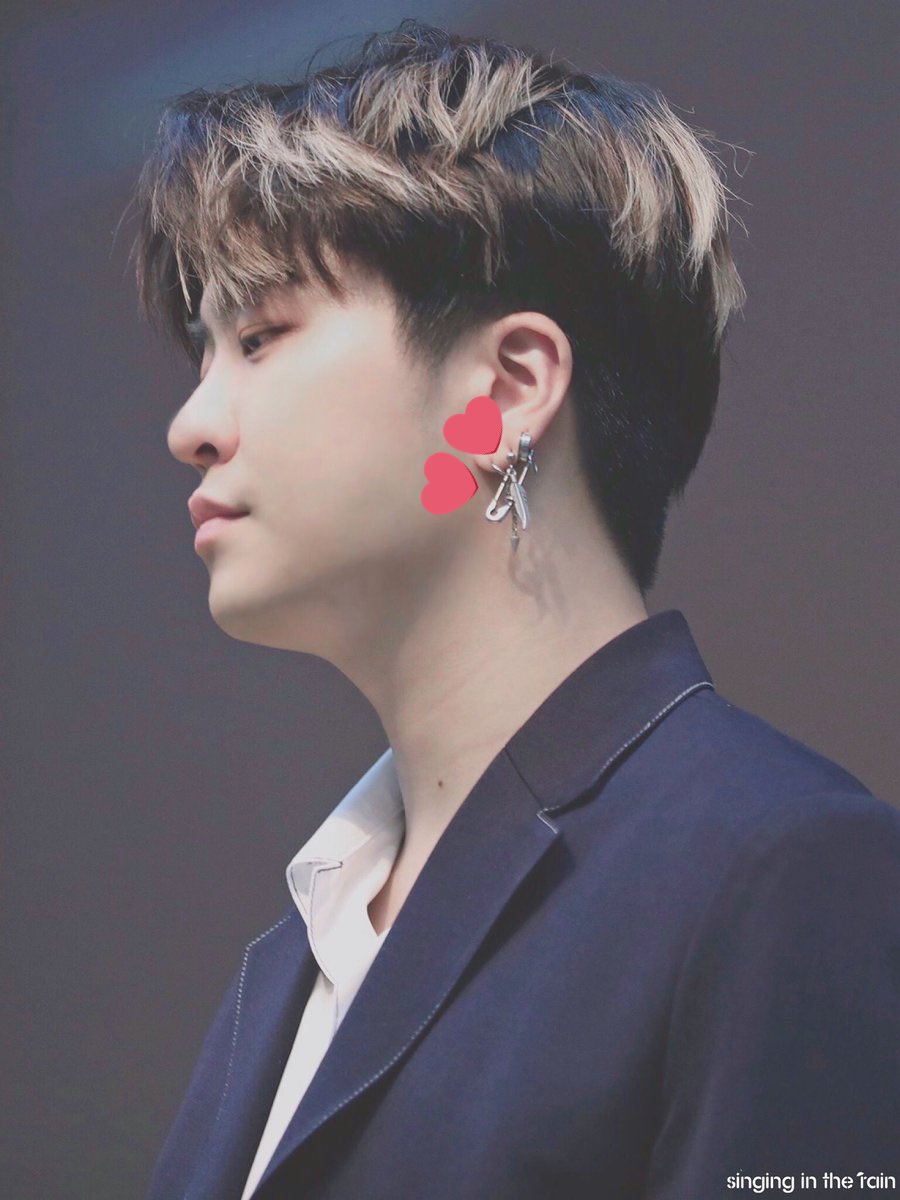 He explained to Allure magazine how his definition of masculine and feminine has changed. He once considered things like manicures as feminine and now likes them.

[Rather] than thinking in two separate categories of masculine and feminine, I just express [the things that I like] in the way that feels like me… Of course, [my definitions] change from time to time… And when I was growing my hair out, at first, I thought I would look feminine. Then, I realized there’s no masculine or feminine way of doing things. And after trying it out, I felt like the look is just like me in my own style. 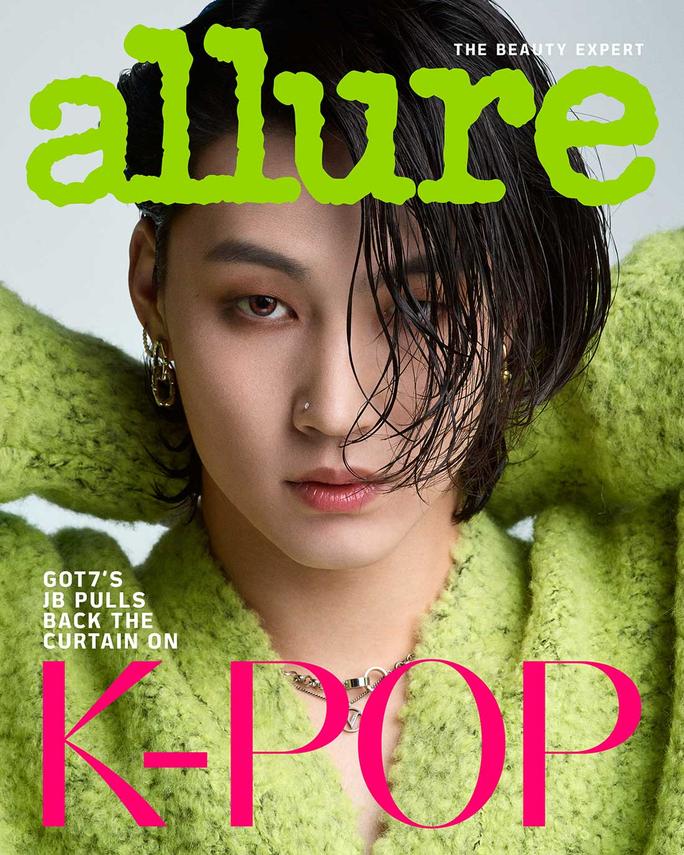 19. When BamBam displayed an Ahgase’s pride flag at the Keep Spinning World Tour concert in Oakland 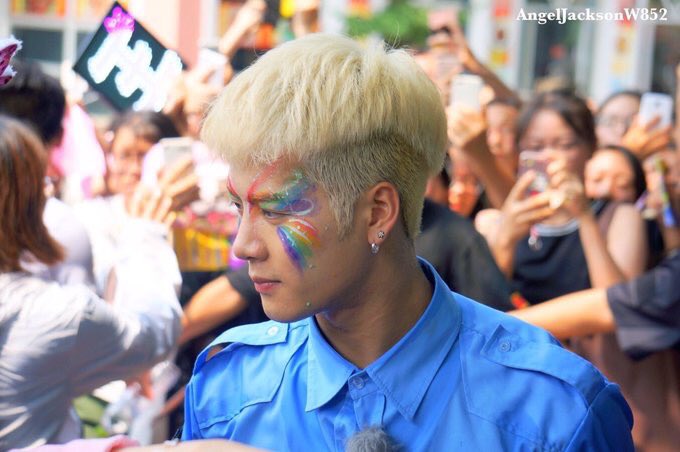 21. When Jinyoung was completely unphased by this moment…

22. When Jackson asked the real questions

When might we see a same-sex pairing on We Got Married?

23. Mark’s love for his sister

Mark’s sister Grace is married to a woman. No family loves each other more than the Tuans!

24. When Yugyeom did this photoshoot… 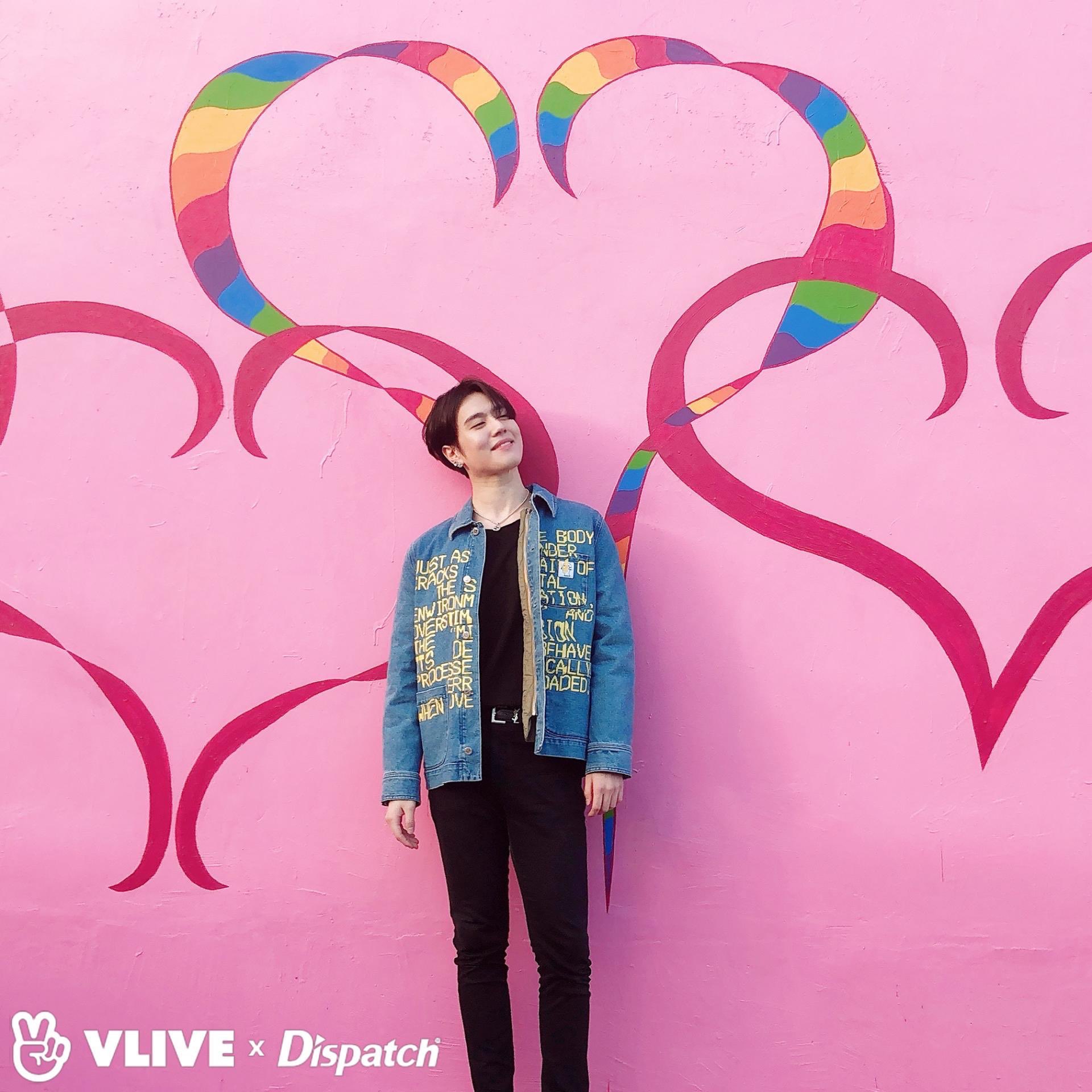 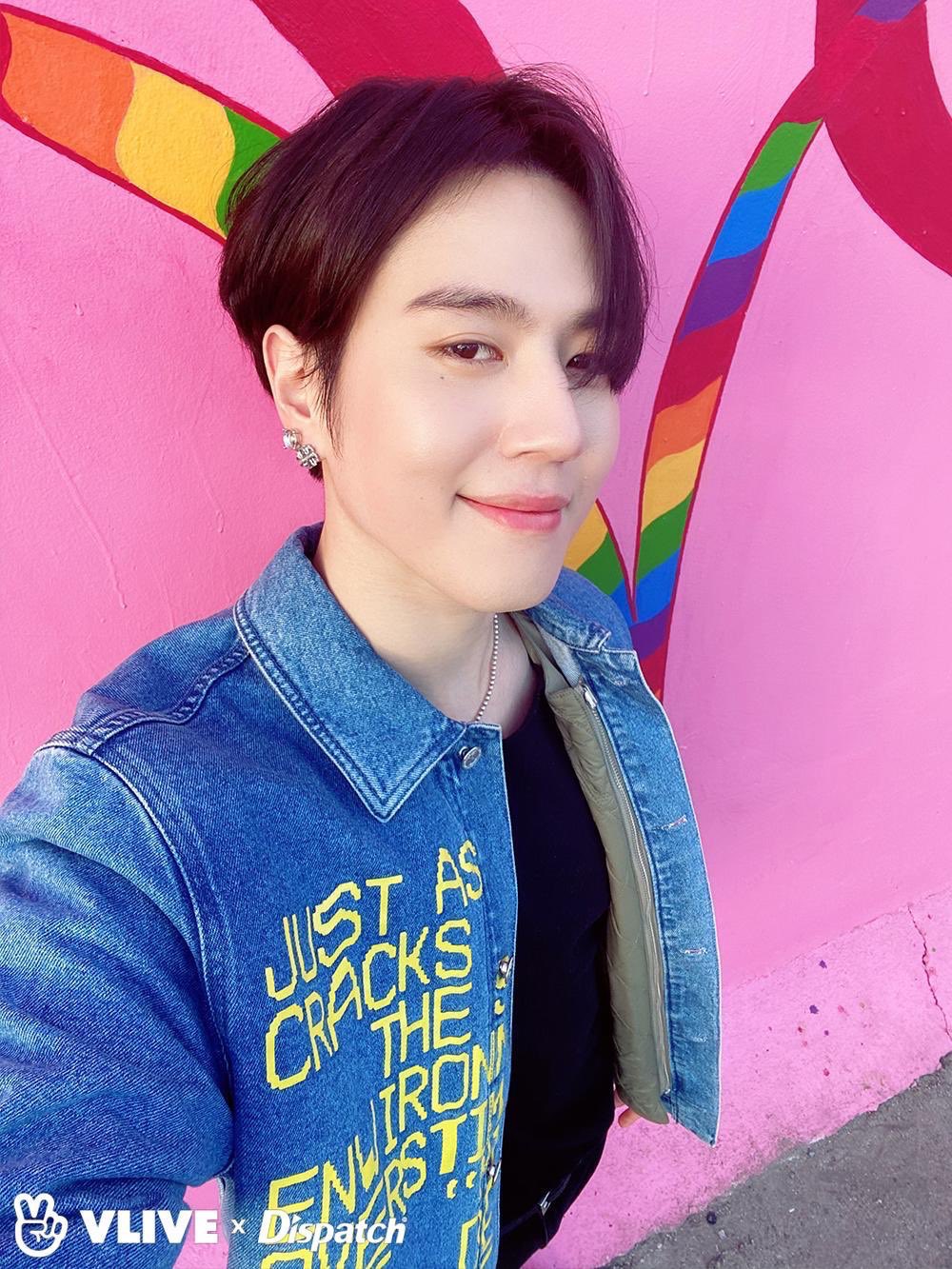 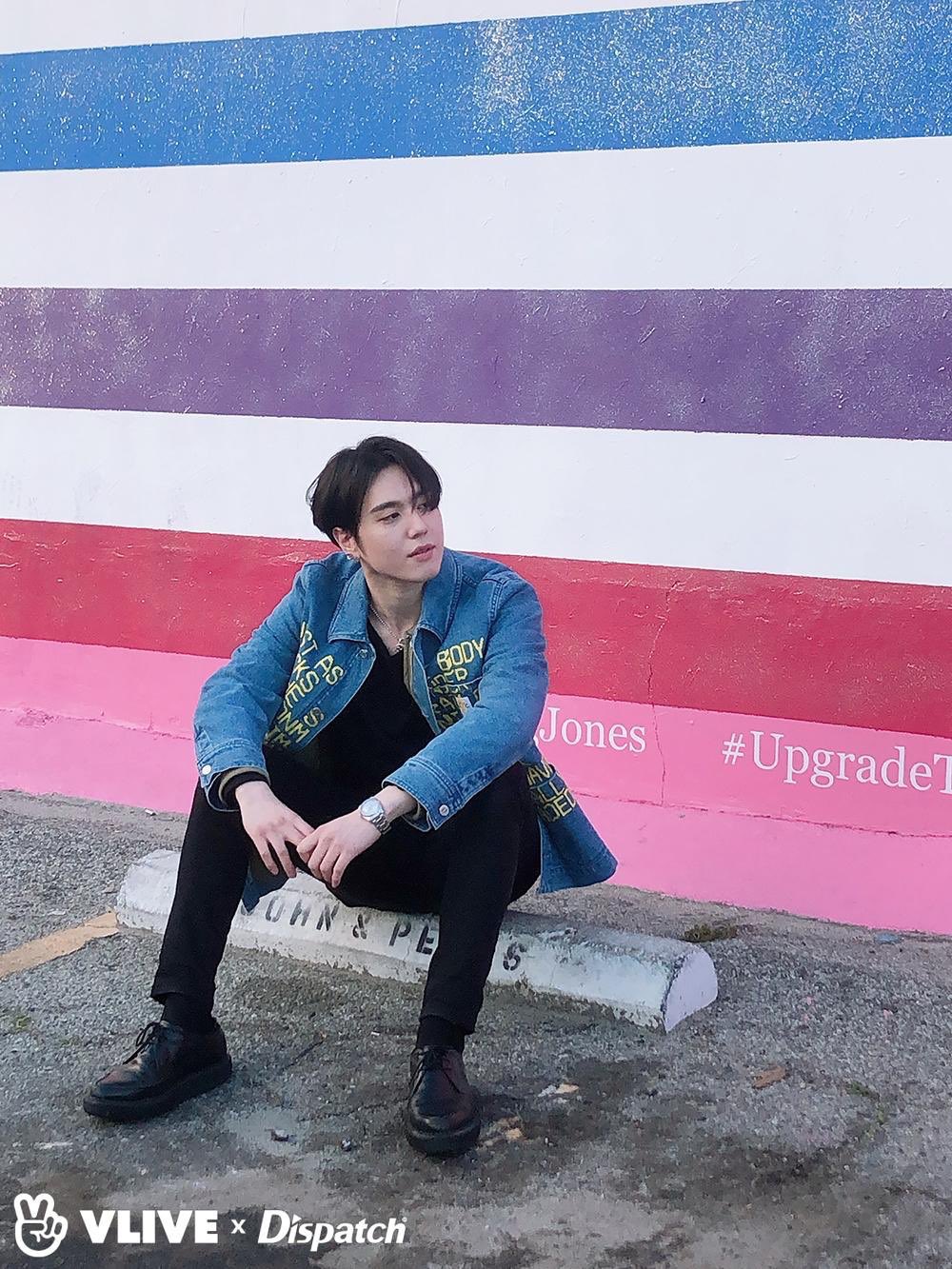 Check out some more LGBTQIA+ supporting K-Pop groups below: