GOT7’s Mark Reveals The Meaning Behind His Tattoos

It is no secret that GOT7‘s Mark has several creative tattoos on his body, and each is unique in its own way! Mark recently sat down with Allure and discussed the meaning behind some of his tattoos.

For Mark, he finds something important in every one of them and explained, “I don’t think I have a tattoo that I don’t like. I want to live my life with no regrets.”

Here is a look at Mark’s tattoos and the meanings behind them!

The dove is Mark’s most recent tattoo, and Mark explained that it was imperative to get it done by Dr. Woo, a man who has a waiting list of several years. The tattoo is an elegant dove combined with an olive branch and “Signifies a new beginning, hope, and freedom.“

These tattoos are inscribed above each knee as the tattoos and mean the most to him. In the interview, he explained the meaning behind the words saying, “Now that you’re famous, a lot of people change, and they let things get to them. I always want to be true to myself, and I don’t want the fame to get to me.” 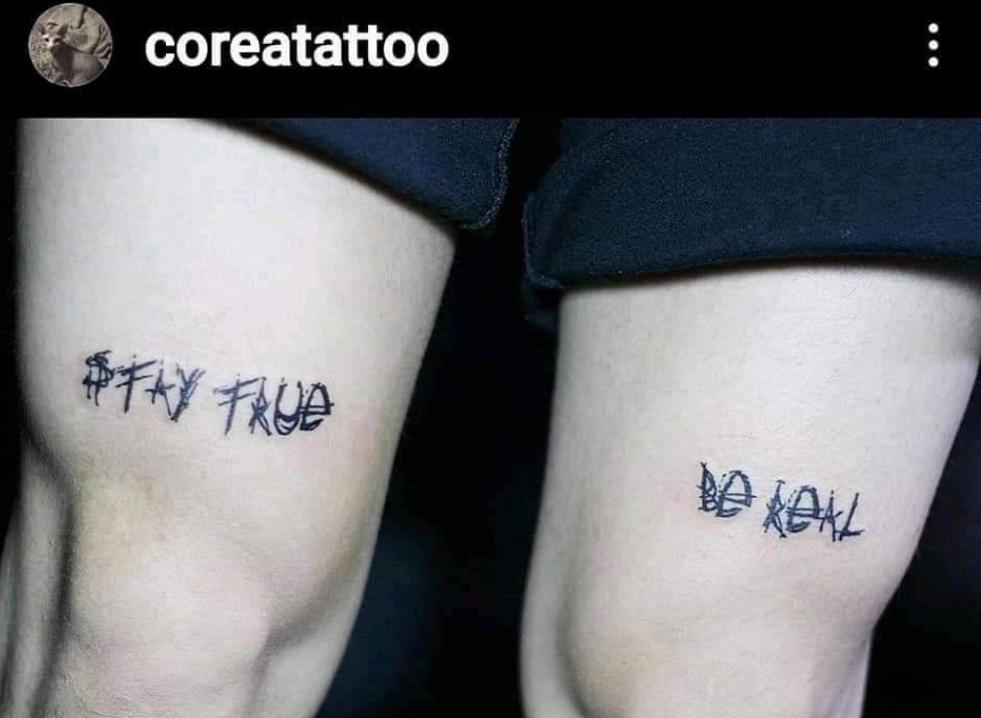 One of the next tattoos is the hibiscus he has on the back of his bicep, which is also the national flower of Korea. Although born in America, the tattoo signifies the impact Korea has had on him and explained, “I started out my career in Korea. I’ve gained a lot in Korea, so I got that on me.” 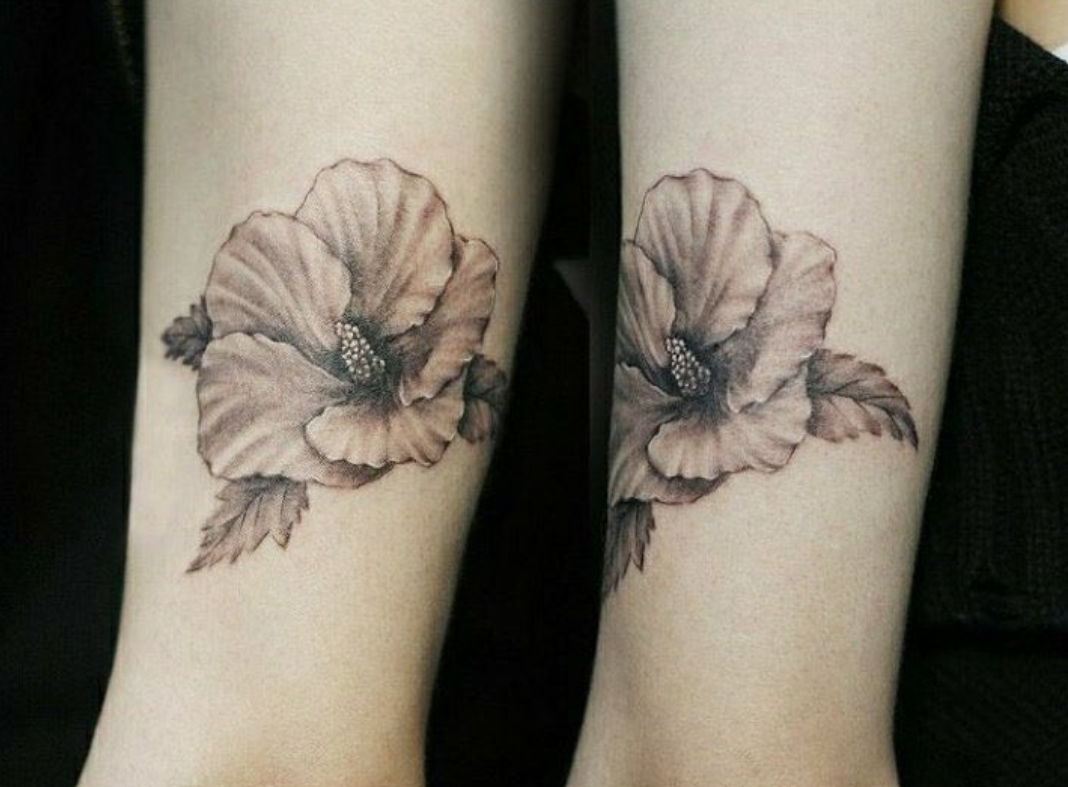 Although all the previous tattoos had meanings, Mark stuck to his policy of no regrets saying that the smiley face on his kneecap “was just something fun.” 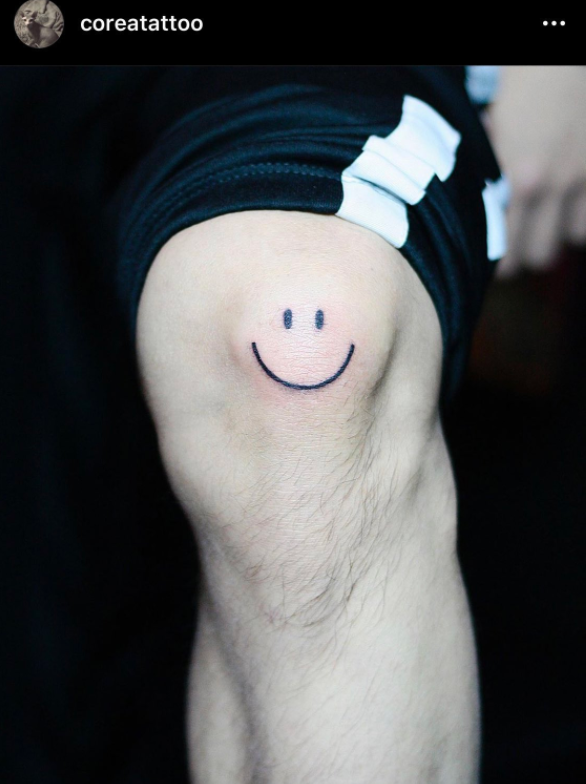 Like the smiley face, Mark pointed out that this tattoo also doesn’t have a special meaning. However, he had it done because the angled placement looked good when he was wearing shorts. 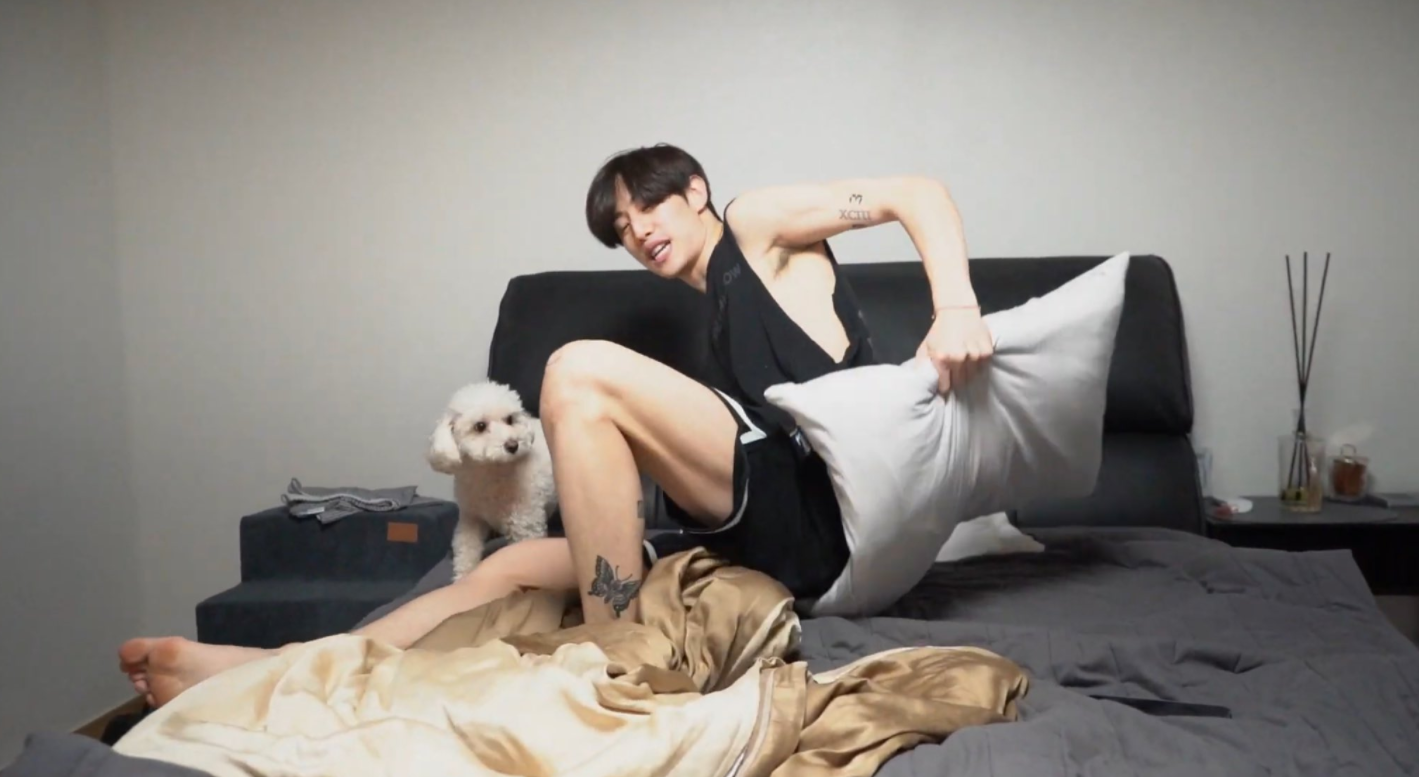