GOT7 Wins No. 1 on “Inkigayo” With “Fly”; Performances by Red Velvet, BTOB, and More

Congratulations to GOT7 for winning No. 1 with “Fly” on SBS’s “Inkigayo.” Placing second and third was Jang Bum Joon with two songs, “Without You by My Side” and “Fallen in Love.”

GOT7 thanked everyone at JYP Entertainment upon receiving the award, and also thanked their fans, who they said were the ones that made the award possible.

After also winning on SBS MTV’s “The Show,” Mnet’s “M!Countdown,” and KBS 2TV’s “Music Bank,” this win on “Inkigayo” is the group’s fourth for “Fly” so far. 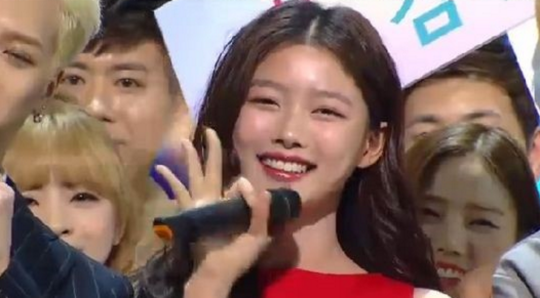 Meanwhile, the April 3 broadcast of “Inkigayo” was MC Kim Yoo Jung’s last day on the show, after about a year and a half of the show. A new MC has yet to be announced for the show.

Red Velvet – “One of These Nights”