On the latest episode of “Ask Us Anything,” GOT7’s BamBam shared that he had almost been named something very different!

During the August 18 broadcast of the JTBC variety show, BamBam explained to the cast that Thai parents typically give their children two names. “BamBam is my real name,” he said. “The reason that everyone has two names [in Thailand] is because the names are so long. There’s a tradition of either using the last two syllables of someone’s name [as their second name] or just giving them another name entirely.”

He then cracked up the cast by revealing that he didn’t know his oldest brother’s full name. “Honestly, it’s too long,” he confessed. “I can’t memorize it. It’s even longer than mine.” As the cast members responded with disbelief, he continued, “But he has a short name as well. It’s Beer.”

BamBam went on to explain, “My dad loves beer. So he wanted to name his first son what he loved most—beer.” 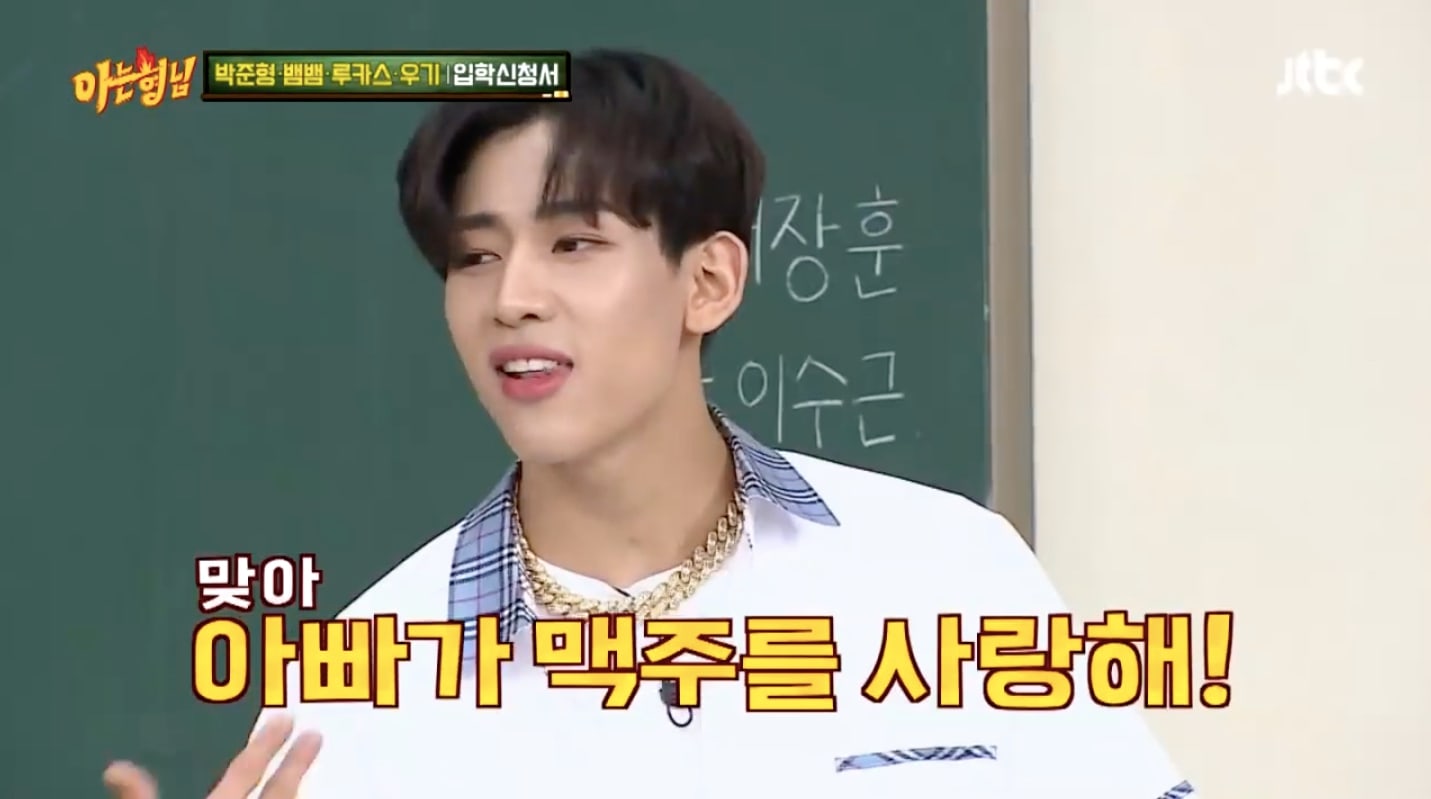 Super Junior’s Kim Heechul asked, “What about your second older brother?” BamBam replied, “My father loved alcohol, so he originally wanted to name all his children after alcoholic drinks. Our names were originally going to be Beer, Wine, Whiskey, Vodka. I almost became Whiskey.”

“But when my mom gave birth to her second child,” he continued, “she wanted to give him a name that would bring him a lot of money. So she named him Bank.”

When the cast asked about his own name, BamBam said, “My grandmother loves the American cartoon ‘The Flintstones,’ and there’s a character named BamBam. He’s a very small, very strong baby who can lift his dad and even a car.”

g.o.d’s Park Joon Hyung commented with a laugh, “Then I think I should name my next kid Budae Jjigae [a type of Korean stew], because I love budae jjigae.” 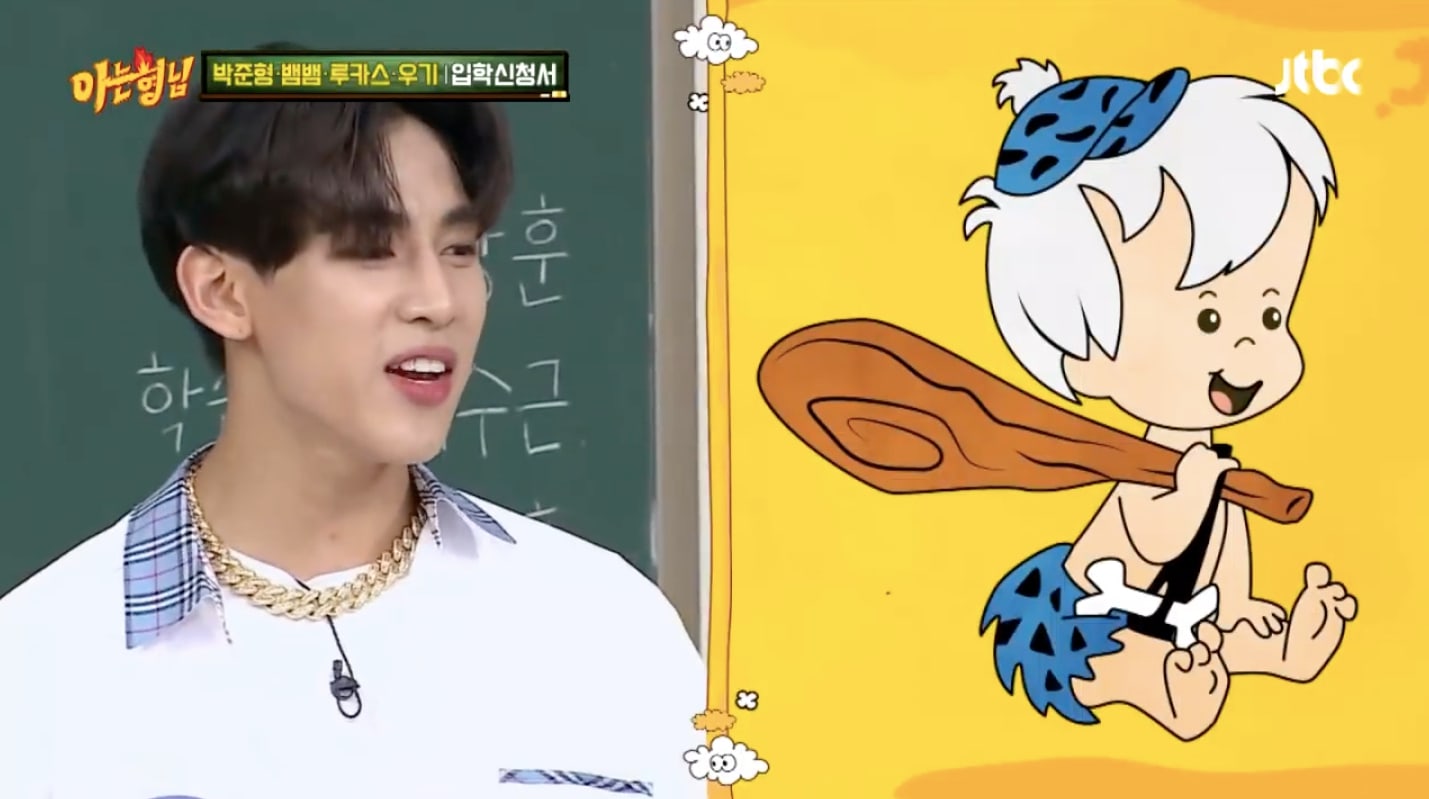 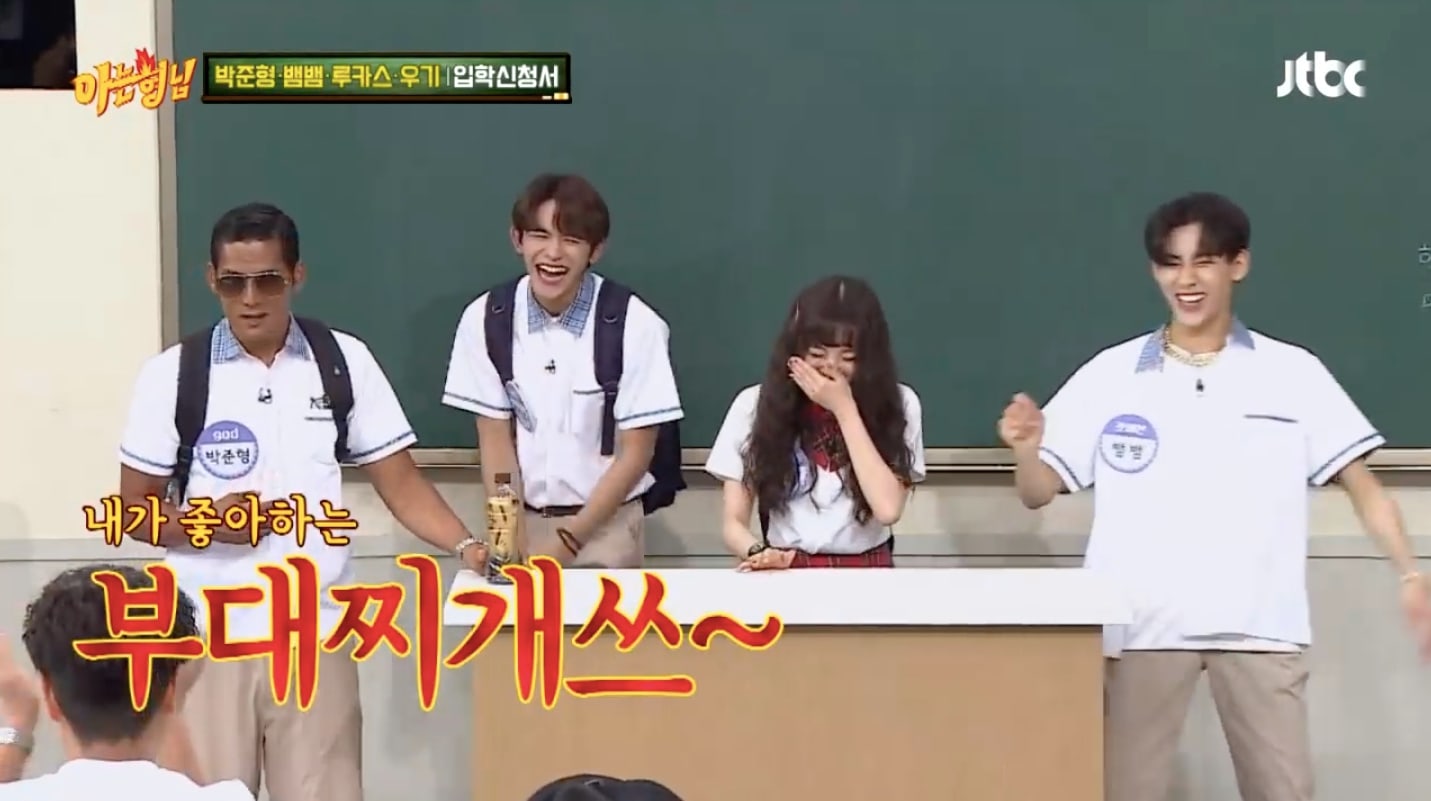