The members of GOT7 appeared as guests on the latest episode of 1theK’s “Ask In A Box,” where they answered various questions from their fans.

Jinyoung was asked which member he would introduce to his younger sister. Instead of picking just one member, he decided to give each member a specific percentage of possibility.

Mark was given a 70 percent possibility. Jinyoung explained, “Since Mark returns to the dorm at an early time, I think he would be able to meet up with my sister frequently. However, I took off 30 percent because he probably wouldn’t talk much.” 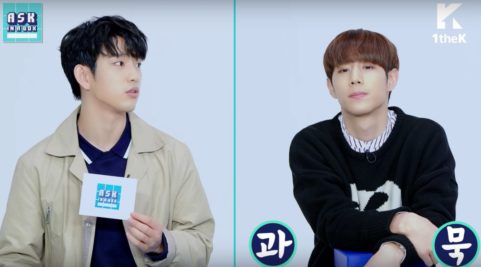 Next up was Youngjae, who was given a 60 percent possibility. Jinyoung joked, “He’ll treat her well but he’ll keep doing vocal exercises in front of her.” 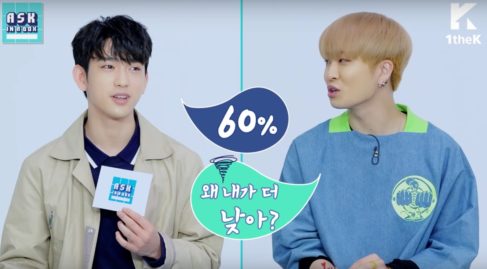 JB was also given a 60 percent possibility. Jinyoung complimented him, saying, “He’s really chic so I think my sister would like him.” 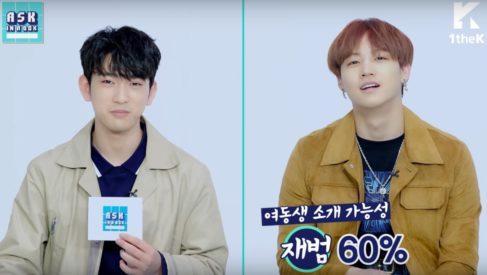 Jinyoung then gave BamBam a 30 percent possibility before changing his mind and raising it to 70 percent. When asked why he drastically changed his answer, he responded, “BamBam likes clothes so I think he would take my sister shopping,” to which Jackson remarked, “He’ll just buy clothes for himself.” 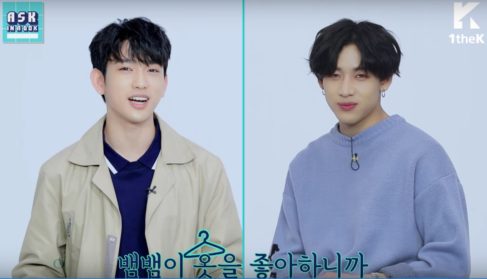 Jackson was given a 50 percent possibility. Jinyoung gave an honest reason, saying, “He’s a really fun person, but he’s too popular so I think he’ll be interested in other girls.” 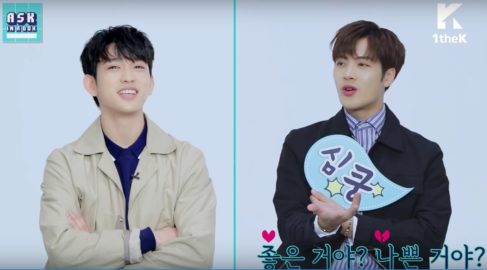 The last member was Yugyeom, who was given the lowest score of 30 percent. “I think he would constantly remind my sister that he’s taller than me,” predicted Jinyoung. 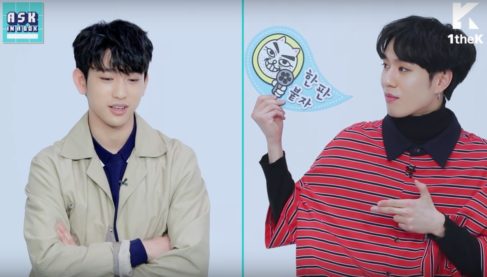 Throughout the rest of the interview, the members couldn’t help poke fun at each other as Youngjae explained his strange habit of acting like he was eating microphones, Mark and Jackson reenact a rather common conversation using three languages, and much more as they satisfied fans’ curiosities.