tvN’s upcoming drama “He is Psychometric” has unveiled its main poster!

A “romantic comedy disguised as a thriller,” “He is Psychometric” will tell the love story of Yi Ahn, a young man with supernatural powers (played by GOT7’s Jinyoung) and Yoon Jae In, a young woman who will do anything it takes to hide her painful past (played by “A-TEEN” star Shin Ye Eun).

In the newly released poster for the drama, Yi Ahn waves confidently at the camera as he declares, “If I touch you for just three seconds… I can know everything.” The caption refers to Yi Ahn’s ability to learn the deepest secrets of anyone he touches by instantly seeing their most powerful memories.

Meanwhile, Yoon Jae In peers over Yi Ahn’s shoulder in a police uniform, hinting at her own background story. Despite appearing to have it all—looks, brains, wealth, and personality—Yoon Jae In harbors a painful secret that led her to become a police officer. 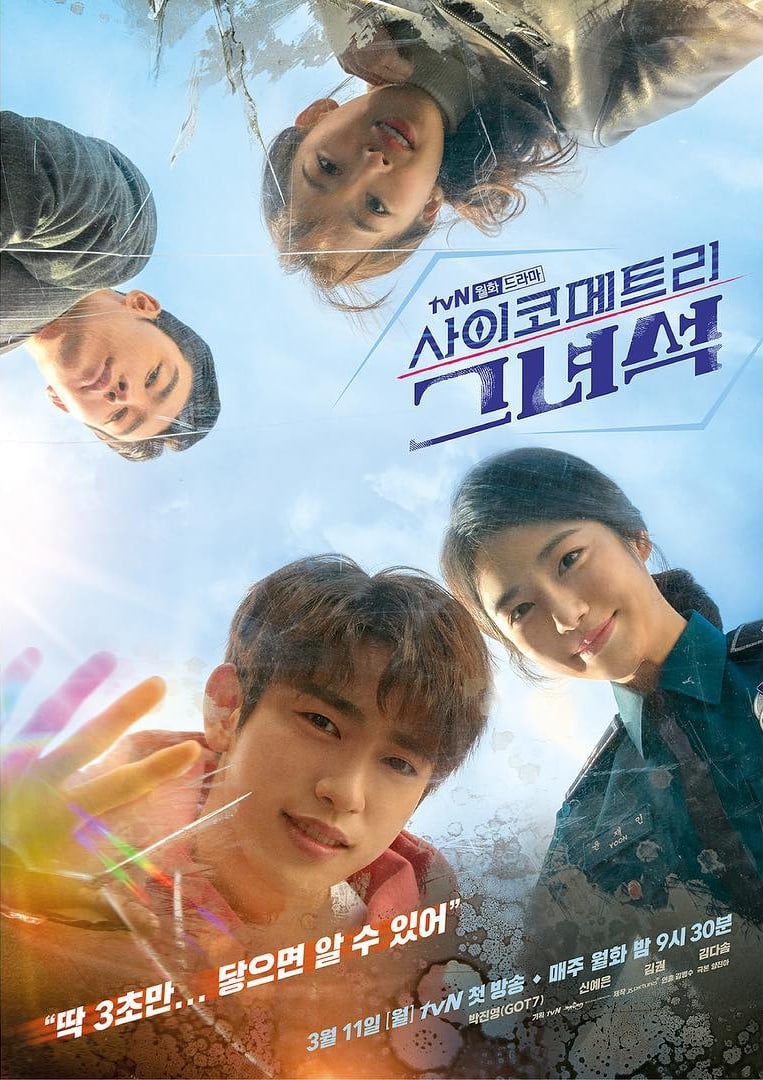 “He is Psychometric” will premiere on March 11 at 9:30 p.m. KST, following the conclusion of tvN’s historical drama “The Crowned Clown.”

Are you excited for this new drama? Leave your thoughts below!