GOT7’s Yugyeom showed off his impressive fishing skills on SBS’s “Law of the Jungle.”

On the February 8 broadcast, the cast continued their survival adventure on the island of Rota.

At night, Lee Tae Gon, Yugyeom, and Han Bo Reum went out to fish. After watching Lee Tae Gon catch a lot of fish with a harpoon, Yugyeom said, “I think I might be able to catch it with my hands.”

He crouched close to the ground then came up with a plan to catch fish easily by cornering them and leading them to land. He succeeded at catching a lot of fish and smiled with joy as his cast members praised him.

He then helped Han Bo Reum catch fish as well by using the same methods as before. Lee Tae Gon advised her on how to grab the fish, and she finally succeeded at picking up a fish. With a sack full of fish, the trio made a triumphant return to the campsite. 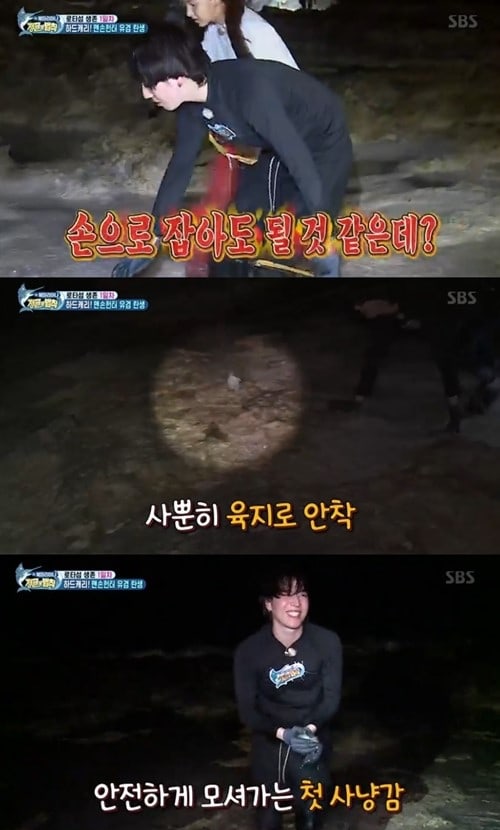 “Law of the Jungle” airs on Fridays at 10 p.m. KST. Check out an episode below!